R Ashwin pulled back from another opportunity to inflict a run-out at the non-striker's end at Perth.
By Kashish Chadha Sun, 30 Oct 2022 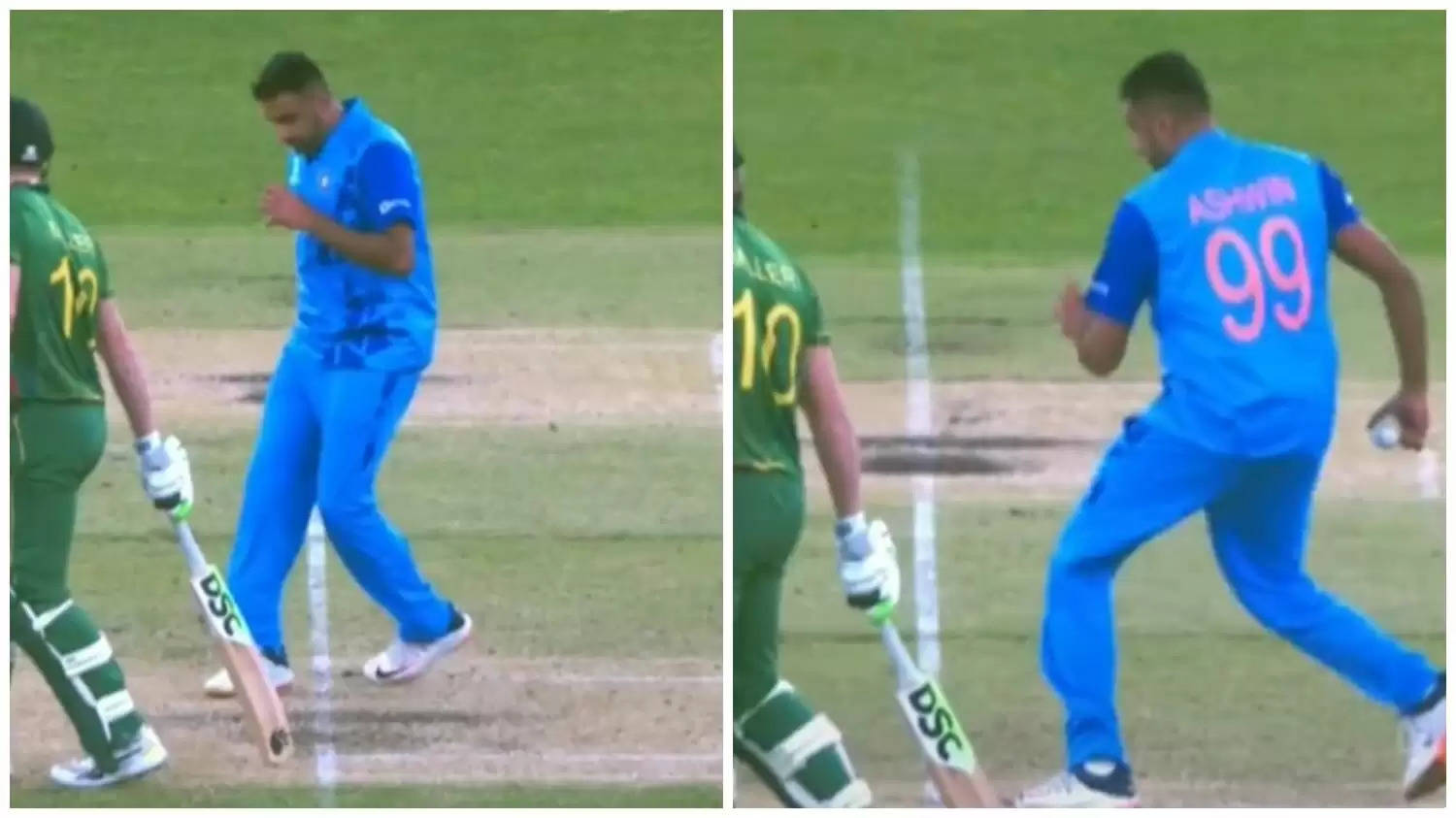 R Ashwin refrained from running out David Miller at the non-striker's end at Perth in the T20 World Cup clash.

Flagbearer of breaking conventional norms and triggering debate on the running out the non-strikers, R Ashwin refrained from completing one such dismissal in the T20 World Cup 2022 clash against South Africa on Sunday (October 30).

Ashwin stopped midway through his action with Proteas left-hander David Miller stranded just outside the batting crease but didn't go through with the run-out. Instead, he went back to his mark and completed the delivery.

The traditionalists would've been delighted with what initially didn't feel like a warning of any sort from R Ashwin. But the bowler certainly didn't go through with the run-out, letting Miller free even as the non-striker was seen standing a couple of steps outside with his bat not behind the popping crease.

If Ashwin had gone through with the run-out, it would've stirred another major controversy, although it would've only been fair of him to penalise Miller for stealing those crucial few inches in his attempt to get back at the other end. However, the off-spinner refrained from it on this occasion.

Ashwin stops from running out the non-striker

The incident happened ahead of the final ball of the 18th over in the South African run-chase with the batting side needing 12 off the last 13 balls.

At that point, the wicket of Miller may have thrown the game wide open. But Ashwin decided not to go ahead with the run-out opportunity for once.

Perhaps Ashwin wasn't ready at the right moment in his delivery stride to go through with the run-out. Either way, for once, he didn't upheld the idea of penalising the non-striker and let Miller resurrect his ground at the other end.

If he had gone ahead with the run-out, the match may gone on a tricker slope with Miller, South Africa's in-form match-winner, out of the equation. Eventually though, Miller survived to hit the final runs for the clash, finishing with a critical knock of 59 not out off 46 deliveries.

For Ashwin, it a disappointing outing on a surface that offered him nothing at Perth. In a seam-dominated fixture, the off-spinner went for 1/43 off his 4 overs.