The Indian board is set to reveal the names of all five participating franchises for the inaugural edition of the long-awaited Women's IPL.
By Kashish Chadha Fri, 13 Jan 2023 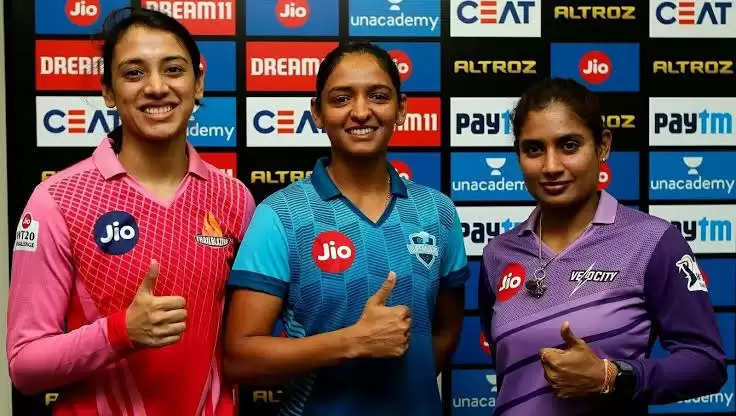 The BCCI is set to unveil the names of all five franchises that will take part in the inaugural edition of the Women's Indian Premier League (WIPL). According to a report in the ESPNcricinfo, the Indian board has set January 25 as the due date for the formal announcement in this regard.

The BCCI top-brass will also announce the ten cities from where these teams are likely to operate during the much-anticipated event, slated for March.

Also to be revealed a day prior to the national Republic Day will be the financial bids made by those franchises, currently sealed in envelopes acquired by the board.

The BCCI has already clarified in its tender document it is "not obliged to accept the highest monetary offer". The board is rather keen on joining hands with corporate entities which can enhance the reach of women's cricket in India and enable its growth.

The WIPL is likely to be held from March 5 to 23, hosting a five-team double round-robin competition that culminates with playoffs or knock-out fixtures. As per the details outlined by the BCCI in its Invitation to Tender (ITT) document, seen and shared by ESPNcricinfo, a single bidder can go on and bid for more than one city where they want their franchise to be based.

According to other details to have come out of the document, ten cities have been identified keeping in mind the ground availability, support for the game and the crowd capacity of each of those venues.

Of the three grounds enlisted in Mumbai, ESPNcricinfo reported, only one will be ultimately used for the competition depending on "availability and other factors" that may come into play. The plan for a pool of ten cities is different from the one that BCCI's apex council originally shared with the state associations last year. Back then, the board had said either it intends to pick one city from each of the six zones for the matches or hold the competition "in a half-a-dozen cities without proper home bases for the five teams."

Notably, only Dharamshala, Indore and Guwahati from these ten cities don't already boast of a men's IPL team. The BCCI has given the bidders an option to go for multiple cities. However, like the IPL, they will be allowed to ultimately secure only one team in the league. No base prize has been set but the prospective bidders have been told to quote a sum for ten seasons.

"The stadium with the highest bid amount will be awarded first. Thereafter, the stadium with the next highest bid amount will be awarded," the BCCI has said in its note, also informing that if two highest bids are equal for a single venue, there will be a re-bid between the two. If multiple bidders quote the same amount for one or two venues, the BCCI will have "discretion to decide the order." If the interested bidder wants to raise the bid for more than one venue, the board will decide which venue will be allocated to it.

To ensure the sustainability of the franchises set to join the BCCI umbrella via WIPL, the Indian board will be sharing 80% of the money generated through all sources of income with them and keep only 20% of the pool rights money in the first five years. That will change to a 60-40 model in the next five years and to 50-50 post that. The tournament's media rights will be sold on January 16.

As for the format, it is understood there will be 22 matches in the first three seasons from 2023-25 and 33-34 matches from 2026 edition onwards, which suggests inclusion of a sixth team in the roster from there on. The initial structure will have each team playing the other twice during the league stage before the league topper makes the final directly. The second and third-placed sides will contest an Eliminator/Semifinal to earn the chance to be there, too.