The then South African captain had came up with infamous statement in relation to the Test match sacking of Bavuma in early 2020.
By Kashish Chadha Mon, 31 Oct 2022 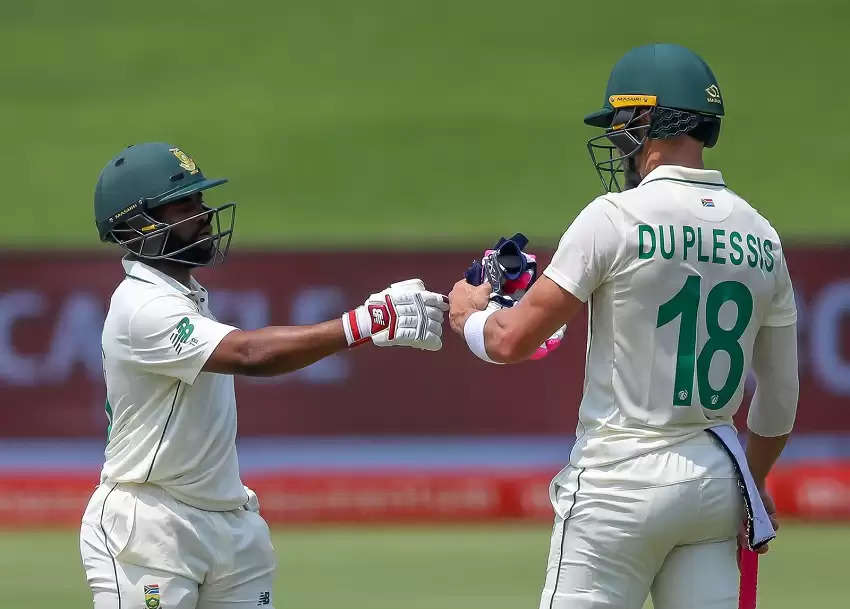 Faf du Plessis readdressed his comments in the aftermath of Temba Bavuma's ouster from the Test squad.

Faf du Plessis reminisced of the time he came out with the controversial "we don't see colour" statement as his own means to protect Temba Bavuma from criticism after being dropped from South Africa's Test side back in early 2020.

Du Plessis says he recognises now perhaps he was speaking from a "white guy" perspective, when he said the colour doesn't matter to him as the then national captain when it comes to selection of the side.

The spotlight was on the veteran batter and CSA's selection panel in those months as Bavuma, the only black african part of the batting line-up, became the casualty of Proteas' Test series loss to England while most of the white players retained their spots, including the out of form Faf du Plessis.

That led to a straightforward question to the skipper from the press: why did the white lot of the side survive the chop but Bavuma got sidelined? Back then, Du Plessis came up with a response that in retrospect he feels left him up to be misconstrued.

"In my eyes, I protected Temba that day," he told ESPNcricinfo. "I said, 'we don't see colour' because that's my perspective as a white guy. In South Africa, you mean well when you say that, but it offends other people. I didn't get that initially. I thought I did the right thing and I said the right thing."

Du Plessis revealed he later went on to contact Bavuma about his sacking from the Test side and how he as the black African feels about the colour statement. That made him recognise he still had a lot of work to be done to properly understand the issue at hand.

"I realised this is obviously something that I don't get. I need to listen and let other people speak and explain exactly what's going on. In order for me to represent South Africa and captain the South African cricket team, this is something I need to do better," Faf du Plessis said.

"I thought I understood what it meant like captaining a diverse team but obviously I didn't and that's the beautiful thing about growing and self-growth - if you're intentional about improving as a leader, then you'll pick up on those small things that you're not getting right."

Those conversations gave Du Plessis a deeper sense of understanding and empathy towards racial equality as a topic, which compelled him to understand why the whole South African side needed to stand in solidarity to the Black Lives Matter (BLM) global campaign that followed.

Even though Du Plessis was gone from the set-up by then, he could realise why taking a knee for BLM was the right thing to do and it was important that the entire Proteas unit supported the anti-racism cause.

"It was really tough because I knew it was going to be like walking over burning coals. I was like, but this is the right thing to do in the terms of the Proteas. The Proteas need this. You won't be able to please everyone," he said, mindful of voices within the white community, including former cricketers, at the time questioning the BLM campaign and asking misplaced questions about the same.