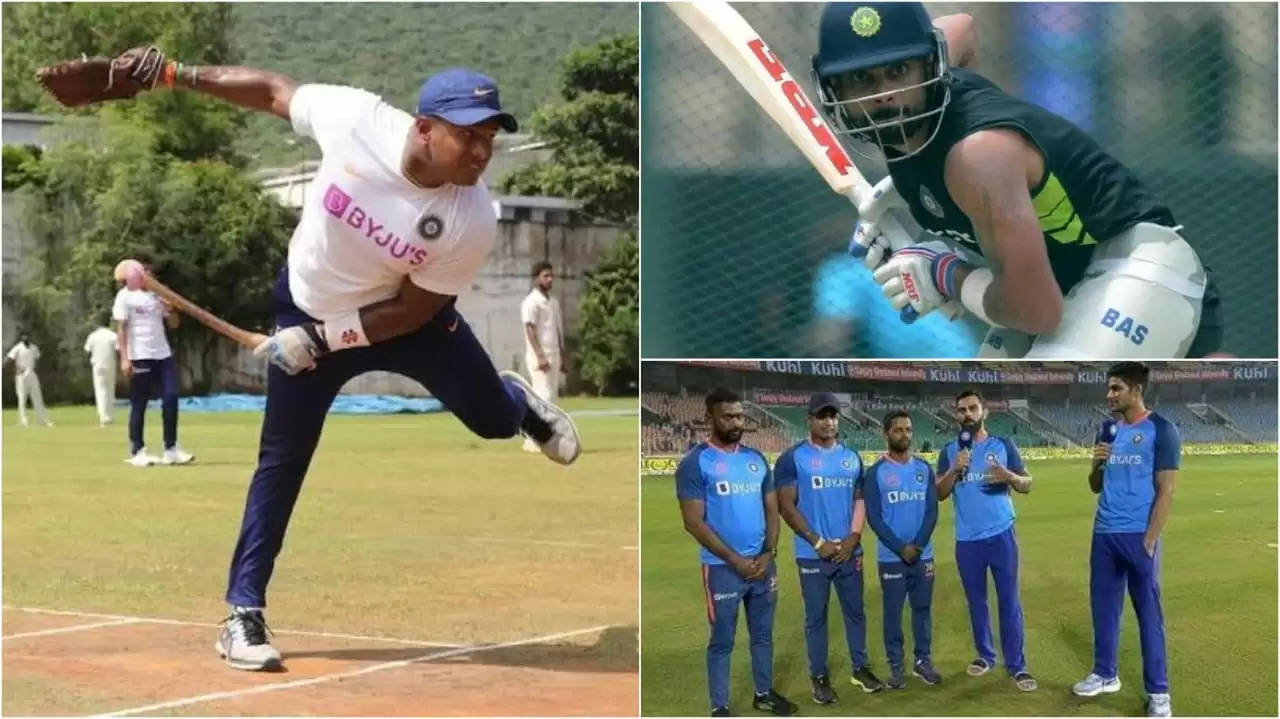 Sri Lankan throwdown specialist Nuwan Seneviratne's ascent into an integral member of India's support staff has batting great Virat Kohli's hand involved. If not for Kohli, the then India captain spotting him during the 2017 tour of the Island nation, Nuwan would never have joined a throwdown team headed by D Raghavendra, also featuring Dayanand Garani.

Sri Lankan journalist Rex Clementine narrated Nuwan's story in a Twitter thread. Starting off his journey as a local cricketer who ran a school van service to make ends meet, he would spend time at the NCC and help Sri Lanka 'A' side with their training and fielding drills.

Nuwan was doing significantly better after being spotted by Ford, the then Sri Lankan coach, getting the chance to travel with the senior team across the globe. But his life truly changed when the Indians led by Kohli arrived on Lankan shores five and a half years back.

During a trip where Indians whitewashed a struggling Sri Lankan side across Tests, ODIs and T20Is, Virat Kohli identified a certain left-arm throwdown specialist, nicknamed 'Bauwa'. With the angle being Indian team's Achilles heels for too long, Kohli used his powers and suggested the BCCI top-brass to immediately offer Nuwan a gig he could not say no to. It was a sum "ten times" more than what SLC was offering for his services, Clementine said.

Nuwan’s speciality was being left-handed. Life was smooth traveling the world. Then, India landed in Colombo in 2017. Kohli spotted Nuwan’s skill set and sent word. BCCI came calling. They offered him ten times what SLC was giving, a deal he couldn’t resist.
That’s a kutty story,

Following his magnificent century in Thiruvananthapuram for the third and final one-dayer against the Lankans on Sunday (January 15), Virat Kohli alongside fellow centurion Shubman Gill threw light on India's throwdown team, which features Nuwan, and praised them in an interview for BCCI.tv.

Kohli said the throwdown troika has offered Indians "world-class practice" in the nets over the past few years, replicating match intensity by clocking 145-150 kmph mark consistently and trying to get their wickets every ball.

The Indian legend said it can get really difficult at times for players wanting some flow and ease about their games during these sessions but they are ultimately better for the yeoman service provided by Raghu & co.

"All three of them have given us world-class practice every time we play," Kohli said. "They challenge us in the nets like anyone 145 or 150 kmph pace bowlers. They always try to get us out and make sure that they test us regularly."

"At times, it feels very intense. For me that has been the difference in my career to be very honest. From where I was as a cricketer before I started getting this kind of practice to where I am today."

.@imVkohli & @ShubmanGill reflect on the efforts put behind the scenes, courtesy this trio of throwdown specialists 👏 👏

"A lot of credit has go to these guys, who have given us practice regularly and their contribution has been unbelievable. You guys should remember their names and faces because, behind our success, a lot of effort has been put in by these guys," he added.

.
From around the web
Weekly Trending