Pakistan speedster Shaheen Afridi has been ruled out of the upcoming second Test against Sri Lanka, after having sustained a knee injury on Day 4 of the series opener.
By CX Staff Writer Thu, 21 Jul 2022 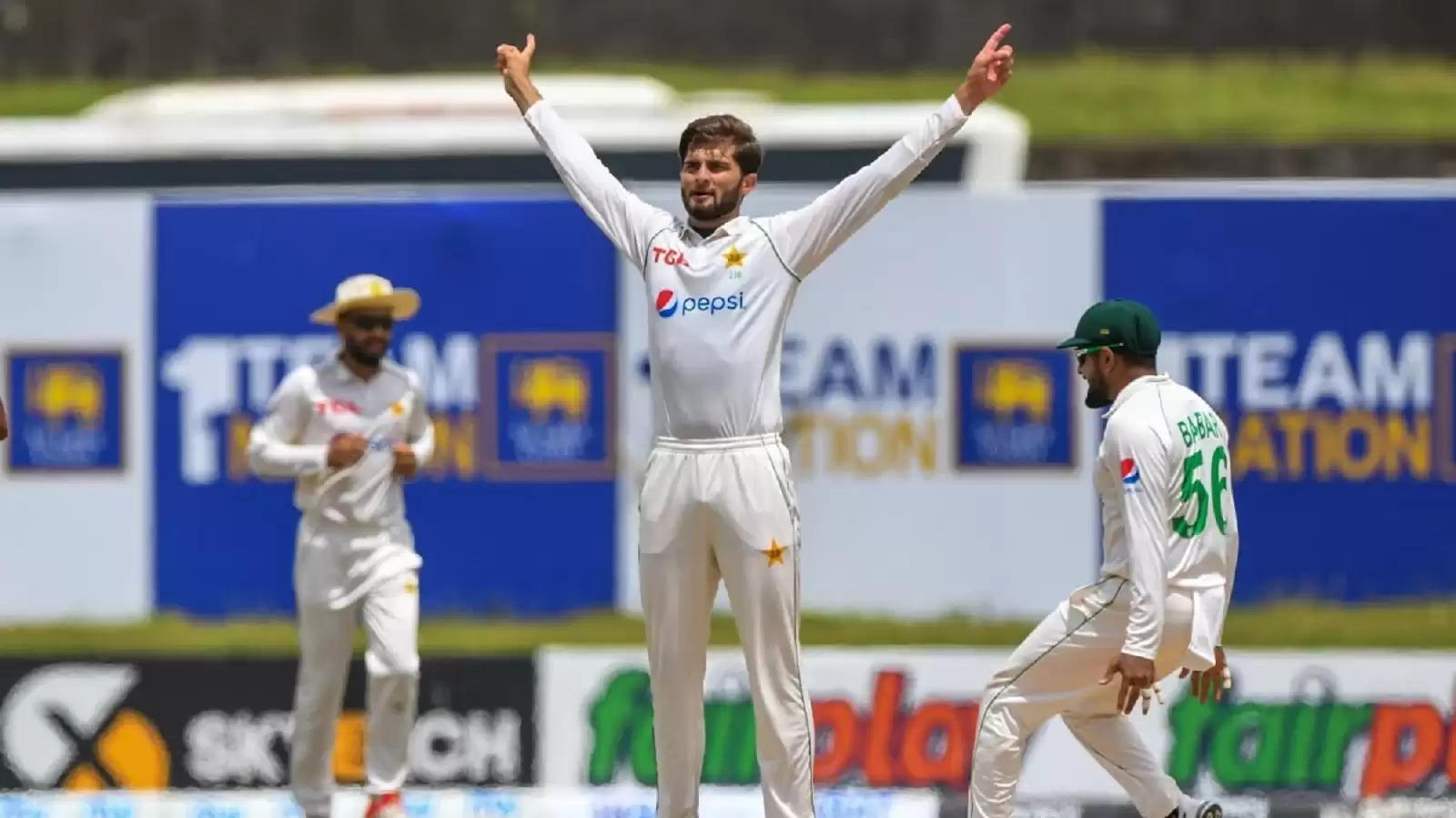 Pakistan left-arm quick Shaheen Shah Afridi has been ruled out of the second Test against Sri Lanka at Galle, beginning Sunday, July 24, with injury. A statement from the Pakistan Cricket Board (PCB) revealed that Afridi sustained the injury on Day 4 of the opening Test at the same venue, wherein Pakistan completed a four-wicket win on Wednesday.

Afridi was Pakistan’s pick of the bowlers in the first innings of the game, returning 4/58 to help the visitors bundle out the hosts for 222 on the opening day. He could bowl just seven overs out of 100 in Sri Lanka’s second innings effort of 337.

"Due to a knee injury sustained on the fourth day of the first Test, Shaheen Afridi will miss the second Test, which will be played in Galle from July 24," read a team statement, further adding that he will stay back with the team in Sri Lanka till the end of the series, "where his initial rehabilitation and management will continue under the supervision of the team's medical staff."

Afridi is currently one scalp away from completing 100 Test wickets. He is likely to be replaced by either of right-arm quick Haris Rauf or all-rounder Fahim Ashraf in the second Test, unless spin-friendly conditions in Galle tempts the team management to play Nauman Ali.

Pakistan registered their second highest successful run-chase in Tests in the series opener, with opener Abdullah Shafique scoring an unbeaten 160 to see his side home by four wickets. He was ably supported by fellow opener Imam-ul-Haq (35), skipper Babar Azam (55) and Mohammed Rizwan (40).

That was after Babar had struck a brilliant 119 in the first innings, to help Pakistan finish within four runs of Sri Lanka’s first innings total, after they had been reduced to 85/7 and later 148/9.