Watch: Mukesh Choudhary fires throw back at Virat Kohli and hits him with it; apologises immediately

Virat Kohli received a blow onto his legs after a shy at the stumps from CSK pacer Mukesh Choudhary.
By Kashish Chadha Wed, 4 May 2022 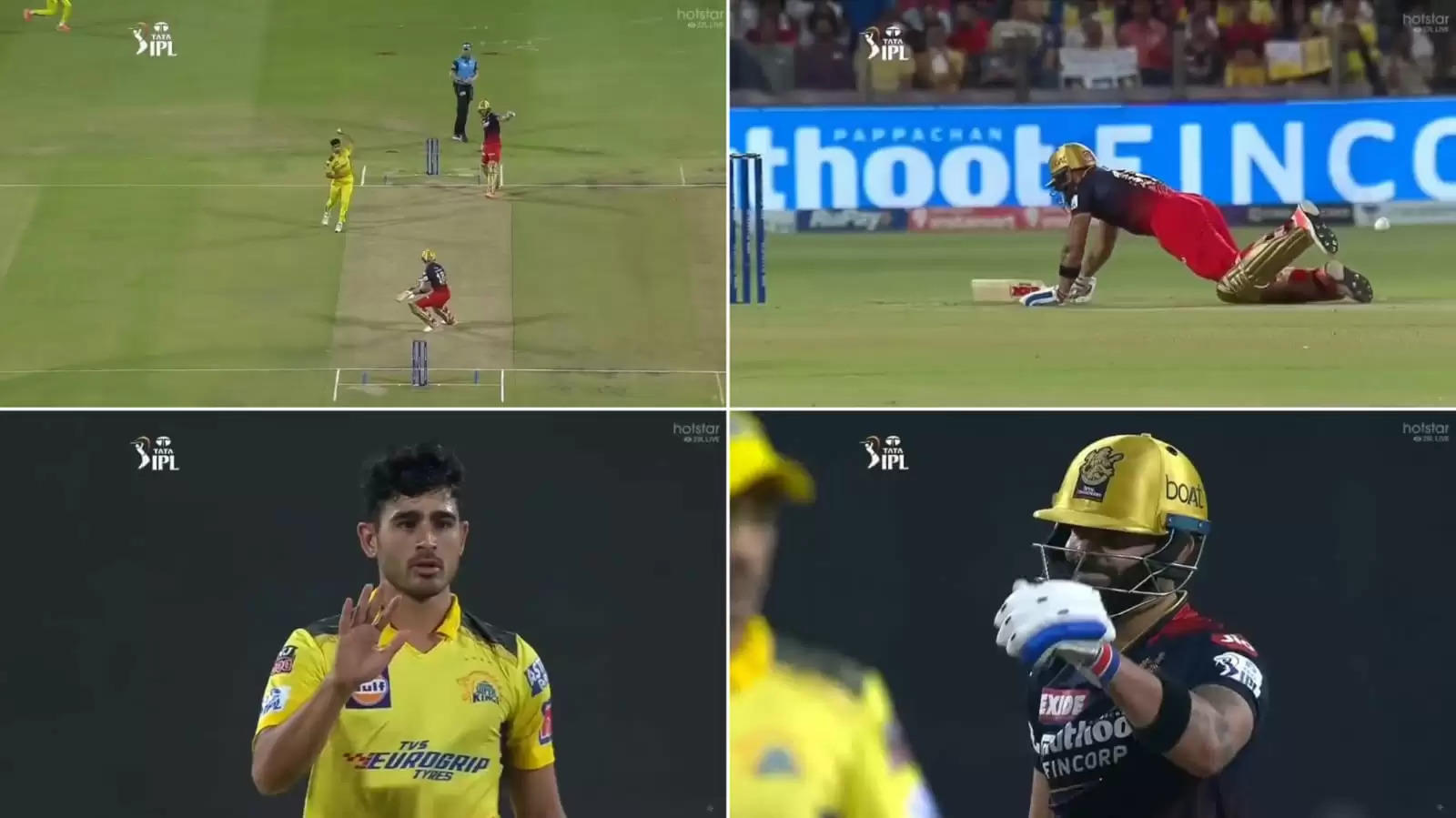 Mukesh Choudhary offered a quiet apology to Virat Kohli after firing a throw at his body.

On look out for a single, Virat Kohli miscued his attempted drive straight at left-arm seamer Mukesh Choudhary, before the Royal Challengers Bangalore (RCB) batter was left to take evasive action back inside his crease while the bowler fired a throw onto his back.

The incident happened at the start of RCB's much-anticipated IPL 2022 league stage encounter on Wednesday (May 4) night against their arch-rivals Chennai Super Kings.

Facing Choudhary from the over-the-wicket angle for the left-armer, Kohli found a drivable ball outside the off-stump. But the batter opened his bat face a little too much and could only get a splice off his inside edge back to the bowler.

Choudhary collected the ball on the follow-through and unleashed a throw back at the stumps with Virat Kohli standing outside the batting crease. Kohli turned his back on the bowler before diving to try and avoid the run-out while the ball thumped onto his body.

The incident came to light on the final ball of the opening over of the game in Pune. Hoping to get his innings up and running, Virat Kohli went on the frontfoot to try and sneak the ball from the left-arm pacer through the off-side.

But the batter opened his bat face a tad too much for the incomer and got insignificant connection back into the bowler's hand for a dot ball.

Kohli perhaps didn't realise he had stepped outside the bowling crease in momentum and was taken by surprise when Choudhary unfurled a throw at his stumps.

The batter took evasive action and dived to avoid the run-out, while Choudhary's throw bumped onto his legs.

Having hit a senior figure in the Indian set-up, a bonafide great by all accounts, Choudhary was expected to go up to Virat Kohli and offer an apology for his throw.

The bowler did exactly that moments later by raising his hand in concern towards the batter, who then declared he is okay with a quiet smile.