Mohammad Nabi lashes out at Sunrisers Hyderabad over mistreatment of players

The veteran Afghanistan allrounder stressed on the mismanagement from the 2016 IPL champions in letting go match-winners such as Warner and Rashid.
By Kashish Chadha Wed, 28 Dec 2022 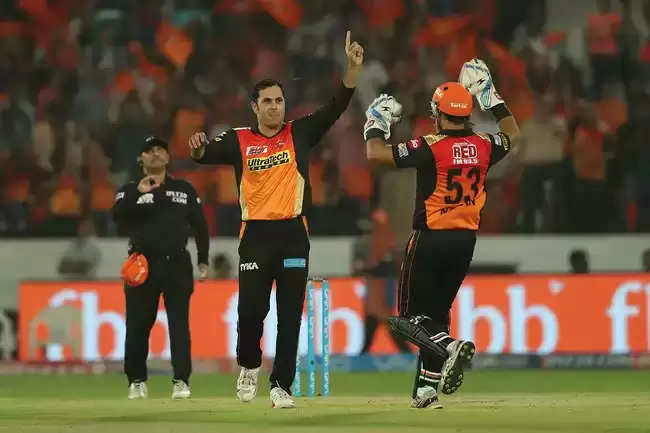 Sunrisers Hyderabad's (SRH) former Afghanistan recruit Mohammad Nabi has come up with a strong claim against the 2016 IPL champion's management and ownership group.

Nabi said SRH ruined the team atmosphere towards the latter part of his tenure with the team by making "abrupt changes" rather than rebuilding the side with necessary but slow tweaks.

The veteran off-spinner, who was with the 'Orange Army' for five seasons from 2017 to 2021 before being released, stressed that in search of quick results, SRH made too many changes and didn't carefully handle their match-winners like David Warner and Rashid Khan, two great players who have moved on to other franchises.

SRH removed Warner from captaincy back in IPL 2021 and soon axed him from their playing XI, a controversial scenario belying the player's undoubtedly great contribution to the side over the years. Warner, then, parted ways with the set-up and is now an integral part of the Delhi Capitals (DC).

The franchise also failed to retain inarguably the world's best T20 cricketer Rashid Khan, who signed an INR 15 crores deal with Gujarat Titans (GT) last season and played a handsome role in their surge to the IPL 2022 title.

Nabi himself found a place in the first-choice XI only 17 times over five long seasons of the IPL, frustratingly being benched for sustained periods even as he managed to conjure up a healthy record with the ball in those outings: 13 wickets at 7.21 an over.

Speaking to SportsYari about his time with SRH, the experienced cricketer said things reached a point where no player wanted to play for SRH anymore.

"When we [Mohammad Nabi and Rashid Khan] came to SRH in 2017, and the way we played for the next three years, the team combination and performance were the best," Nabi said. "But after that, what happened to the team in the last two years, who did it and why; I don't know. Everything from team combination to coaching staff and environment changed."

"A franchise as big as SRH should think about building a team rather than destroying it. They should have looked to build a good team slowly instead of making abrupt changes."

"They let go of Rashid, who was a brand for them for five years. Not just Rashid but other top players too. They should have not done that. I don't understand what they wanted to do," he added.