The Indian bowling coach was effusive in praise for Arshdeep Singh after his third successive good outing for India.
By Kashish Chadha Tue, 2 Aug 2022 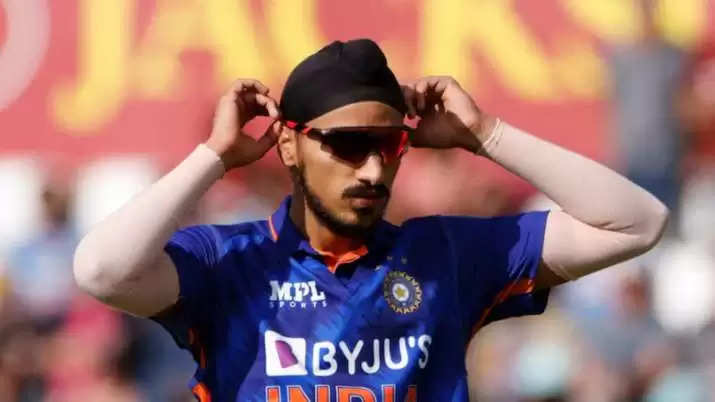 Arshdeep Singh has been mighty impressive in his early outings with the ball for India's T20I side.

India's bowling coach Paras Mhambrey was effusive in praise for left-arm pacer Arshdeep Singh, stating the bowler's pressure-handling abilities have been remarkable for the team management to see.

Singh has been fantastic for India in his three T20I outings so far. After an impressive debut in Southampton against England, he has delivered spells of 2 for 24 and 1 for 26 off his 4 overs against the West Indies in the ongoing series.

Beyond the figures, the Punjab quick's ability to swing the new ball inside the powerplay overs and come back to deliver the yorker consistently has caught the selectors and the management's imagination. The promising fast-bowler is being backed for a regular place in the first XI ahead of the T20 World Cup by prominent voices.

Mhambrey, on his part, believes it is the way Arshdeep Singh is able to stand his own against rampaging batters in the two difficult phases of the innings which augurs well for him and the team. The former Mumbai cricketer sees a bright future ahead for the youngster.

A stoic, unruffled character on the outside, Arshdeep Singh displays impressive calmness and composure, thinks Mhambrey, who has seen the 23-year-old's journey from close quarters, being previously part of the India U-19 & A set-up.

"I have been watching him for a long time now. Since the IPL 2022 as well.. something that really stood out for me is his ability to bear pressure," Mhambrey told the press after India's defeat in the second T20I in St Kitts on Monday (August 1).

"If you look at it.. he bowls the hard overs: he bowls two overs inside the powerplay and also at the death. (Still) the composure he has shown... fantastic. I am really happy the way he has turned up in the last two matches here."

Mhambrey was pleased with the way India went about defending their paltry score of 138 all out, keeping the lengthy West Indies batting unit on the park for as deep as the 20th over of the run-chase.

The bowling coach took heart from the performance of his wards and backed them to continue the good work.