Arshdeep Singh came up with a perfect yorker to dismiss the dangerous Rovman Powell.
By Kashish Chadha Tue, 2 Aug 2022 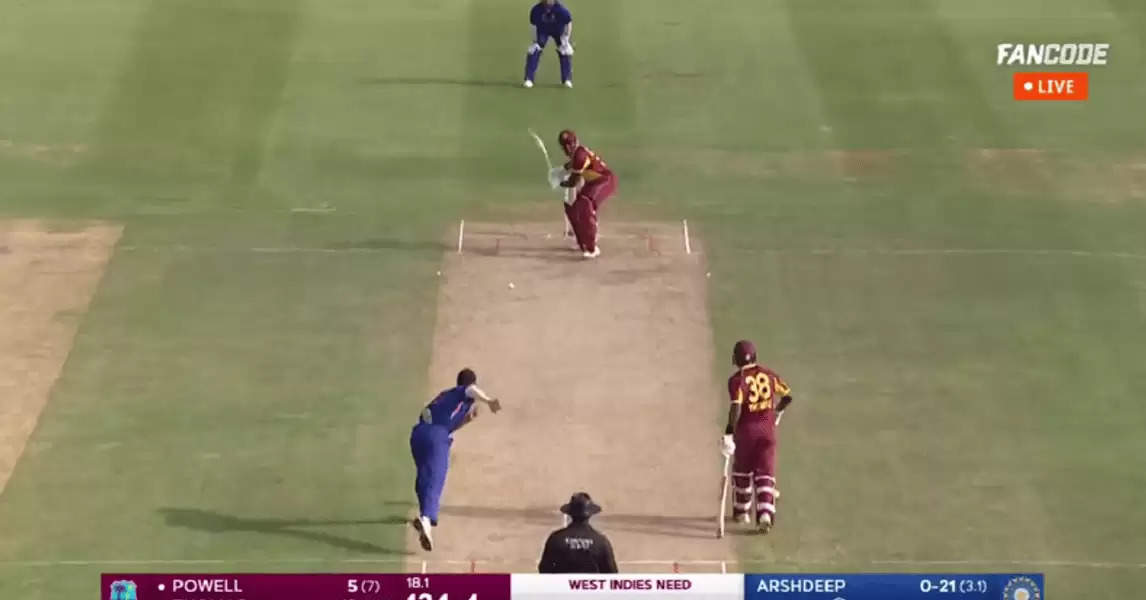 The left-arm pacer bowled a superb yorker to send the dangerous West Indies player back.

In a disappointing game, India's only real positive out of the defeat in the second T20I versus the West Indies was the impressive spell delivered by left-arm quick Arshdeep Singh.

Singh came up with a controlled four-over outing, finishing with figures of 1 for 26 even as India failed to put up a strong defence of their modest 138 all out in St Kitts on Monday (August 1).

After an impressive return to the T20I outfit in the first game in Tarouba, bagging 2 for 24, the Punjab pacer backed that up with another strong performance to strengthen his case for a regular place in the first XI ahead of the T20 World Cup in Australia.

The highlight of the spell was a pinpoint yorker he delivered past West Indies' dangerous Rovman Powell. Arshdeep Singh hit the base of the right-hander's off-stump while he went for a wild swing in an attempted big shot down the ground.

The wicket came quite late into the proceedings, with West Indies standing on the verge of a comfortable win, needing another 15 runs off 11 balls with five wickets in hand. But they were given a slight scare by a top-class yorker from Arshdeep Singh that got rid of their powerhitter Rovman Powell.

Powell tried an MS Dhoni-esque helicopter flick to try and get underneath the delivery, but the even great man's trademark stroke couldn't bail him out of trouble, for so good was the quality of the delivery from Singh.

That wicket gave India a semblance of hope of defending their small total, even though the Calypso Kings eventually reached home with four balls left in the proceedings.

What a delivery! Full, straight and @Ravipowell26 is bowled by@arshdeepsinghh!

What a delivery! Full, straight and @Ravipowell26 is bowled by@arshdeepsinghh!

While his late breakthrough couldn't give India a backdoor entry to the winning ways, Arshdeep Singh would be quite pleased to have come up with a second successive good outing with the ball in Indian colours.

With his new-ball swing and ability to nail the yorkers at the death, the left-arm quick is considered the most promising of India's backup seamers. He will be hoping to continue in this same vein and book his ticket to Australia for the World Cup.