RR fielding unit was left in splits after a throw from Prasidh Krishna hit Trent Boult directly on the foot.
By Kashish Chadha Mon, 2 May 2022 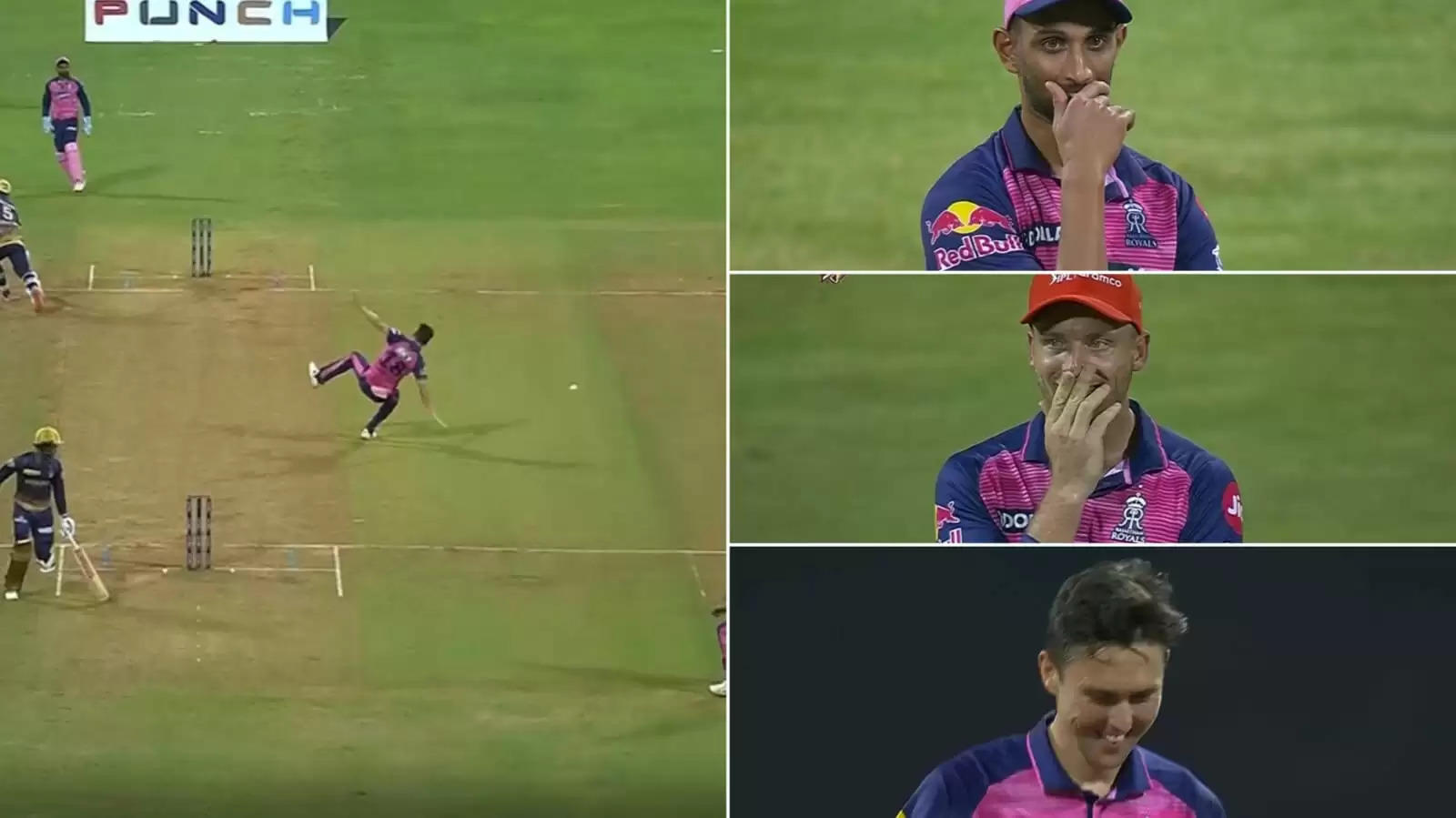 Prasidh Krishna's run-out attempt proved painful for Trent Boult as the pacer fell off the turf after a blow to his foot.

One fast-bowler to the other, Prasidh Krishna made a hilarious throw that hit the base of a jumping Trent Boult's foot in Rajasthan Royals' (RR) IPL 2022 league stage encounter on Monday (May 2).

Fielding at mid-on, Krishna aimed for the stumps as Kolkata Knight Riders (KKR) opening batters Baba Indrajith and Aaron Finch ran across for a quick single.

But rather than finding the three sticks, the youngster found his fellow quick, who had to take evasive action as the ball came rushing onto his body.

Even as Boult jumped to try and avoid a blow to his foot, the throw from Prasidh Krishna was such that it still thump onto his leg and brought him down on the turf.

The funny incident happened at the start of the third over in KKR's run-chase. Facing Boult from the over-the-wicket angle for the left-arm pacer, Indrajith found a full-pitched ball angled into his body. The right-hander went for a drive but his bat got twisted, which meant the ball went straight to mid-on rather than going for a boundary.

The right-hander sprinted across for a single, with Finch making his ground at the other end. Getting around the ball at mid-on, Prasidh Krishna unleashed a throw with full force towards the stumps at the batting end but the ball instead collided with Boult, who made an unsuccessful jump to try and escape the blow.

The ball rebounded off the pacer's boot to the other side of the field and allowed Indrajith and Finch to get across for an extra run on the overthrow without any fault of the fielder or the bowler.

It was one of the funniest incident at this year's IPL, with Boult making an instinctive jump to protect himself and allow the ball to go through beneath his legs. But the throw from Prasidh Krishna came straight at him and hit the bowler's right leg, forcing him to bump on the turf at the Wankhede Stadium.

Moments later, the camera rolled across to the RR fielding unit, where most of the players carried a cheeky smile on their faces, unable to control their laughter seeing Boult fall via a throw from his bowling partner.