Rahul Dravid had his name printed incorrectly on a local newspaper headlines after a century in school cricket.
By Kashish Chadha Tue, 26 Jul 2022 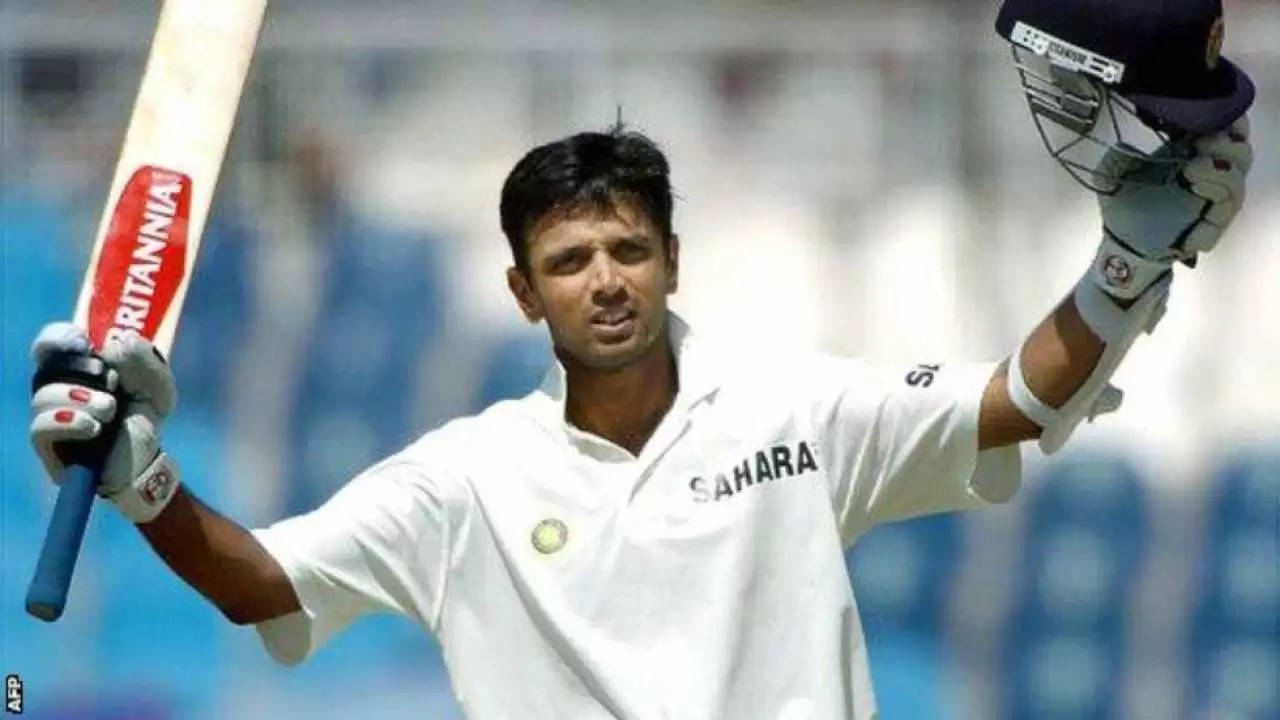 India's head coach Rahul Dravid reminisced of times when a newspaper editor made a mistake and incorrectly dotted down 'Rahul David' as his name following his maiden hundred in school cricket in Karnataka.

Dravid said the funny episode was a gentle reminder for him to stay grounded and humble as he wasn't that well known within the domestic circuit and needed to come up with more performances to raise his stocks.

"The editor obviously thought that there was a spelling mistake and there could be no one as Dravid. So, it had to be David, right?” said Dravid, who was present as a guest speaker at Olympic gold medallist shooting champion Abhinav Bindra's show 'In The Zone'.

"It was a good lesson" - Rahul Dravid

Rahul Dravid said the incident was a "lesson" in many ways for his teenage self to understand that the journey is long and he can't let himself be overly excited for one or two hundreds that he may have scored in school or club cricket.

"Because it’s (David) a lot more common name. So, I think it was a good lesson for me as well to realize that while I might be really happy and excited about scoring a 100 in school cricket but I am still not well known. And people don’t even know my name," said the former India captain and the batting legend. "They can’t even trust my name to be right and have to change it."

Rahul ‘David’ recounts a crucial lesson he learnt after scoring his 1st century in school cricket. Tune in to my podcast ‘In the Zone’ to dissect the mind of THE gentleman from the gentleman’s game.@under25universe https://t.co/A9iUknxEMu #InTheZoneWithAB #Under25Original pic.twitter.com/v2CAvNAPRB

Rahul Dravid also opened up on how much of an inspiration Bindra was during the latter part of his cricket career for India. Remembering the times when he was struggling for runs in the 2008-09 season, Dravid said he looked upto Bindra and his victory at the Olympics, which really gave him the belief to turn things around.

"In 2008, I was in the middle of a lean patch. The runs had dried up and I was on the wrong side of the 30s. That isn’t a good territory in Indian cricket. I needed to pick myself up, I wanted to. I knew I had at least a couple of years of cricket left in me."

"Around this time, I watched with glee as Abhinav Bindra shot his way towards an Olympic gold in Beijing. I still remember the adrenaline rush that I felt at that time. Reading Abhinav’s autobiography was fascinating for me. I think his story must be read by anyone on the quest for excellence."

"Abhinav’s achievement emboldened me to give it that last push with my own career to dig deep again and to do whatever it took, as difficult as it might seem. His no-shortcuts, no-excuses approach is something we can all aspire for, in whatever tasks big or small that we undertake," Dravid added.