Rare feat for Cheteshwar Pujara in One Day Cup in England

Playing his first List-A game since September 2018, Cheteshwar Pujara is captaining Sussex in their opening fixture of the Royal London One Day Cup 2022 against Nottinghamshire at Trent Bridge on Tuesday, August 2.
By CX Staff Writer Tue, 2 Aug 2022 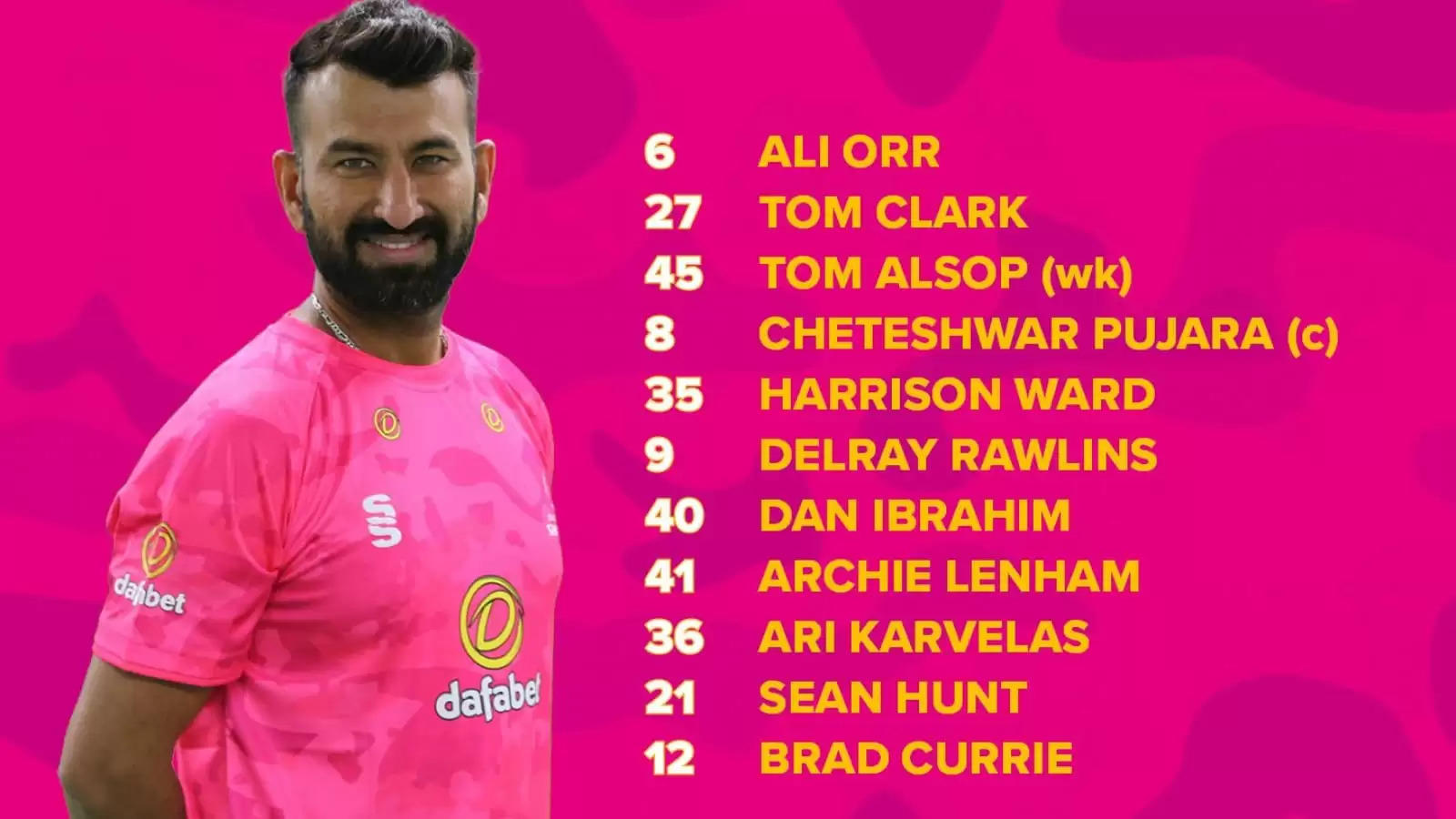 Pujara has the seventh best batting average in the history of List A cricket (minimum 50 innings).

Having enjoyed a brilliant run for Sussex at the ongoing County Championship 2022, Cheteshwar Pujara has added another feather to his cap, taking over as the team captain at the ongoing One Day Cup, England’s premier List A competition.

In his first List A game since the 2018/19 Vijay Hazare Trophy, Pujara walked in as Sussex captain in the side’s first game in Group A of the 2022 One Day Cup against Haseeb Hameed’s Nottinghamshire at Trent Bridge on Tuesday, August 8.

The hosts managed 290/7 in the first innings after having opted to bat. Pujara was dismissed for nine off 16 balls batting at No.4.

It is also interesting to note that he became the first Indian Test cricketer to lead a team against Nottinghamshire in the County Championship, since the great Mansoor Ali Khan Pataudi, who captained Sussex back in 1966.

Pujara has been the mainstay of the Indian Test setup, and has aggregated 6,792 runs at 43.81 with 18 hundreds from 46 Tests till date. He also represented the country in five ODI games between August 2013 and June 2014, but had little success with 51 runs from five outings with a highest of 27.

The 34-year-old boasts highly impressive List-A numbers, with 4,445 runs at 54.20 and 11 hundreds till date, the average being the seventh best in the format’s history among players who have batted in a minimum of 50 innings.

Pujara had aggregated 349 runs at the U19 World Cup 2006 in Sri Lanka in the team’s run to the final, wherein they went down to Pakistan. He was named the Player of the Series.