Ravi Shastri made an unexpected error after an interesting start to the toss proceedings for the India-Pakistan clash.
By Kashish Chadha Sun, 4 Sep 2022 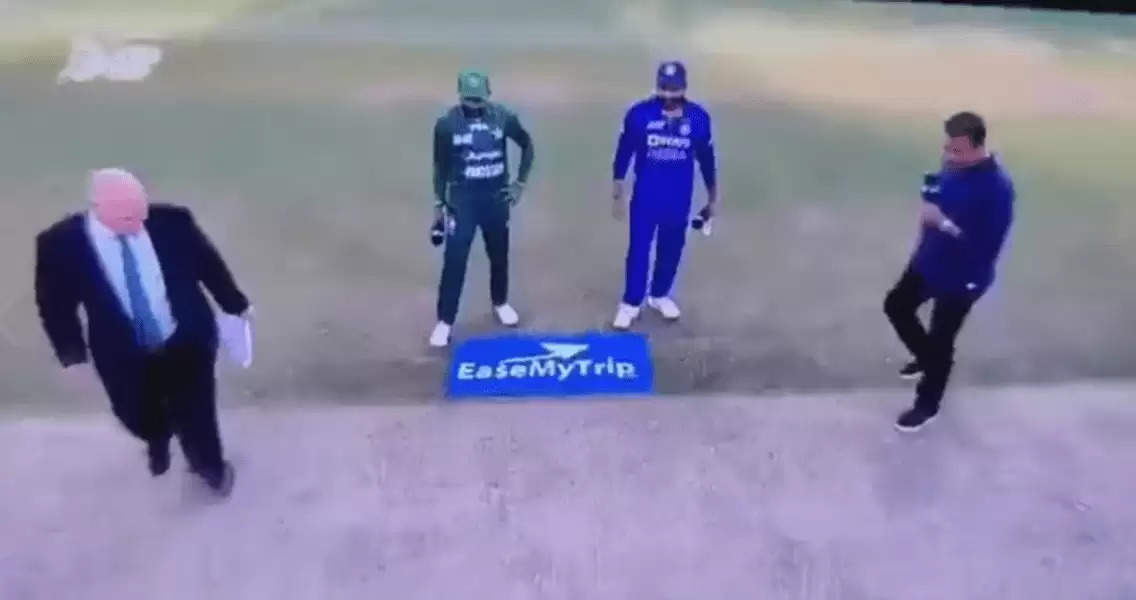 Ravi Shastri wasn't quite at his best as a toss presenter for the Super 4 Asia Cup clash between India and Pakistan.

Ravi Shastri was at his emphatic best doing the toss duties for the mouth-watering Super 4 encounter between arch-rivals India and Pakistan for the Asia Cup 2022 in Dubai on Sunday (September 2).

The former India allrounder was seen loudly announcing the name of the two skippers and the match referee to the jam-packed crowd inside the stadium and also to the billions watching on TV and live streaming platforms.

Before Indian captain Rohit Sharma gave the coin a flip and gathered the attention of the crowd, it was Shastri, whose voice left them charged for the contest. As an experienced broadcaster, he knew exactly how to lit up the stadium and set the stage up for the much-awaited clash.

But it wasn't Ravi Shastri at his best, especially since he ended up making an obvious error at the coin toss and incorrectly estimated the call made by Pakistan captain Babar Azam.

As Rohit gave the coin a flip, Babar instantly shouted "tails" to Ravi Shastri and match referee Andy Pycroft. To reaffirm Babar's call to the audience, Shastri had to repeat his word through the mic. But while he spoke to the crowd, Shastri ended up incorrectly calling "heads", leading to a bit of confusion.

It made for amusing scenes, with Shastri's error on the mic coming only a split second after Babar made his call on the mic. It was a shocker to those watching and wondering why Shastri just called heads when the call from the Pakistan skipper is of tails.

Thankfully, though, the match referee Pycroft was listening more carefully to what Babar said at the toss as he assessed it in Pakistan's favour since the coin had fallen on the turf in tails. Babar had a quick word with Pycroft before speaking to Ravi Shastri, perhaps reassuring him that he did call "tails".

Babar then decided to bowl first for the night, considering the dew factor in Dubai, and asked India to do the heavyloading with the bat in hand for a sizeable enough score.