Rinku Singh couldn't, but MS Dhoni once called for DRS from non-striker's end and succeeded

When MS Dhoni overturned an on-field LBW call after opting for the DRS from the non-striker's end, something that Rinku Singh was barred from doing.
By Kashish Chadha Sat, 14 May 2022 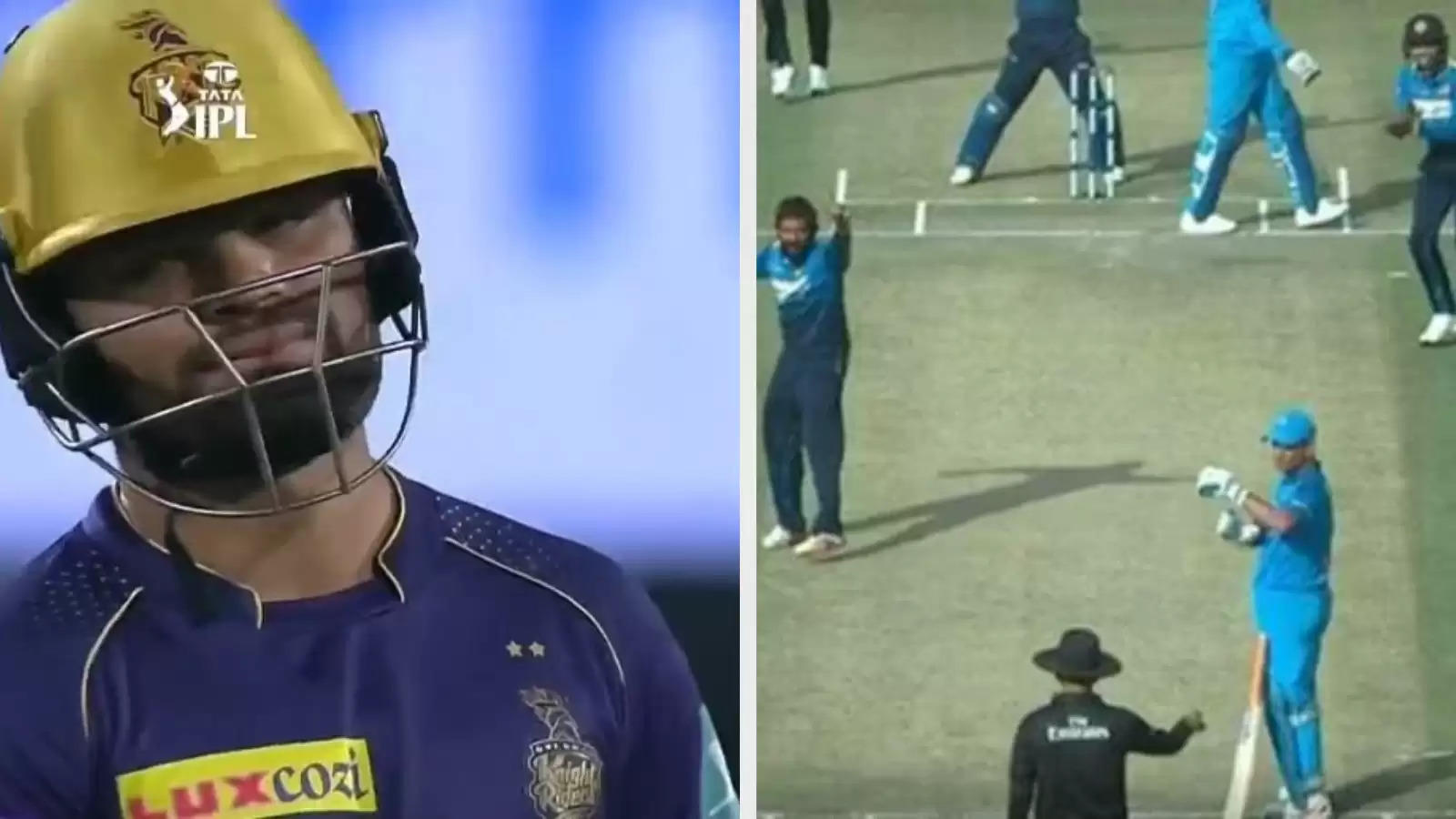 While umpire Anil Choudhary rejected Billings' request for DRS on Rinku Singh's behalf, MS Dhoni got him to refer the matter upstairs for Jasprit Bumrah.

The decision from the standing umpires to deny Kolkata Knight Riders (KKR) batter Rinku Singh a DRS review for not gesturing for the referral in IPL 2022 on Saturday (May 14) has brought the spotlight on a famous incident where MS Dhoni managed to reverse the on-field call from the non-striker's end.

The incident is from an India-Sri Lanka ODI played in Dharamshala in December 2017. Standing at the non-striker's end, the former India skipper asked for a review with the standing umpire even as lower-order batter Jasprit Bumrah made no gesture in request for a referral.

Not only was the review taken upstairs, MS Dhoni managed to reverse the on-field decision of out against Bumrah after the replay confirmed the ball was hitting him just outside the off-stump.

In both instances, the standing umpire involved was India's Anil Choudhary, who perhaps made contrasting implementation of the rules in play in denying Singh and Billings the opportunity to verify an on-field call while allowing MS Dhoni to do the same.

Choudhary told Singh to keep walking as the 15-second timer ran out after he decided not to gesture for the referral, with a DRS request made in time by Billings not considered because of the protocols. But the same rule did not apply on Dhoni, who went for the review on the behalf on Bumrah in Dharamshala.

The matter was sent upstairs, where the replay found the ball to have hit Bumrah just outside the off-stump, leading many to applaud Dhoni for his sharp eyes and great game awareness. The great cricketer was standing around-the-wicket but could pick up a misaligned LBW call from the other angle.

The reprieve to Bumrah also allowed MS Dhoni to continue his fighting effort for the day. Walking into bat with India reeling at 16 for 4 on a seaming wicket in Dharamshala, Dhoni showcased his understated defensive batting skills with a composed 65 off 87 in what ended up being a pedestrian team total of 112.