The Indian captain was left dismayed by a horrible attempt to catch from his inexperienced teammate under pressure against Pakistan.
By Kashish Chadha Sun, 4 Sep 2022 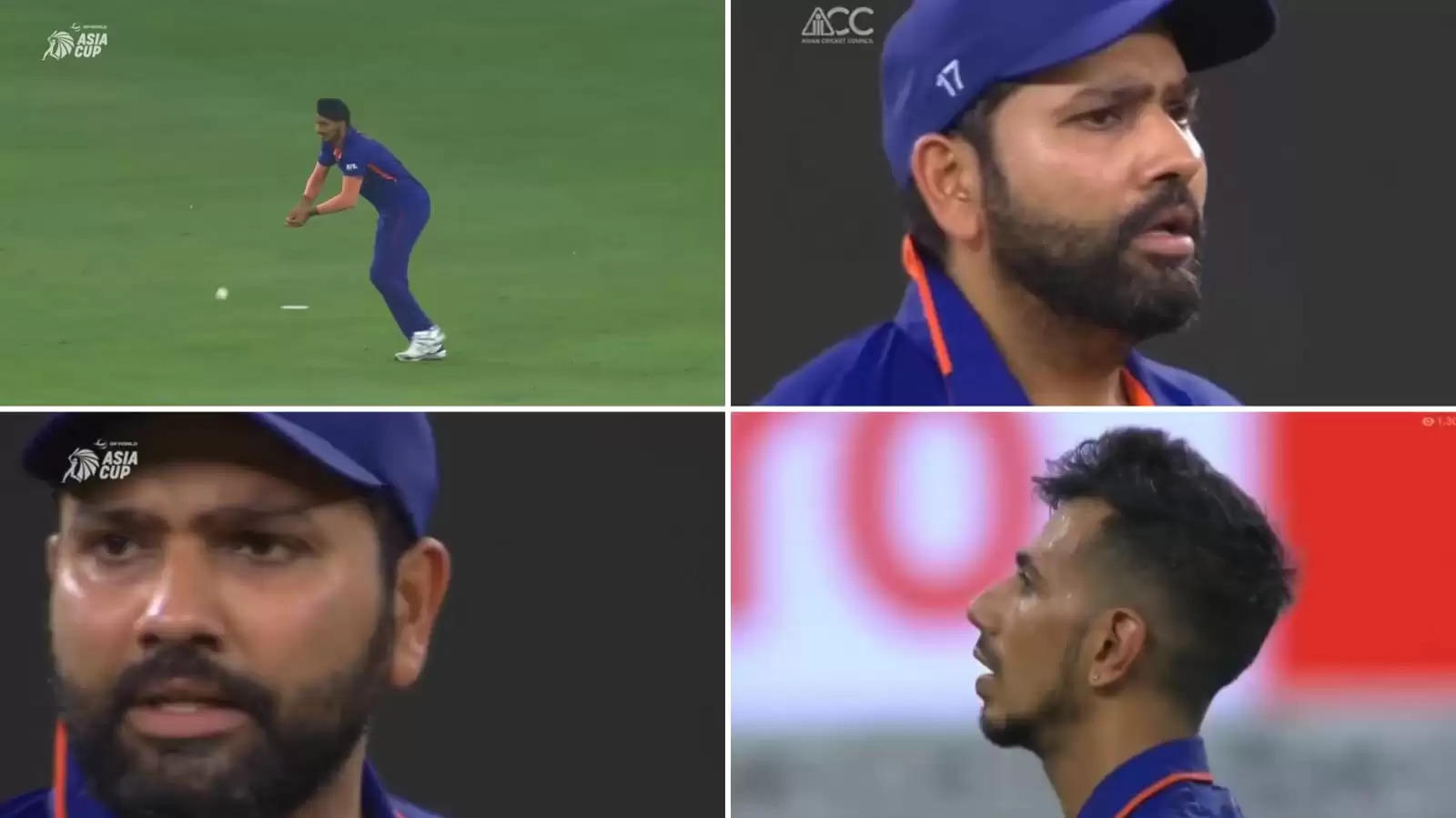 Rohit Sharma was left fuming at Arshdeep Singh over a drop catch in a critical stage of the India-Pakistan rematch at the Asia Cup 2022.

The usually calm and composed Rohit Sharma lost his temper under the pump after pacer Arshdeep Singh made a horrible feast of an easy catch in the Super 4s Asia Cup 2022 clash against Pakistan on Sunday (September 4) in Dubai.

The Indian captain was left furious over Singh as he dropped a sitter looped up in the air off a thick edge that flew towards the short-third region from the bat of Pakistan's dangerous end-overs hitter Asif Ali.

Facing wristspinner Ravi Bishnoi, Ali went for a hoick to the on-side but horribly mistimed the ball, which ballooned up in the air for what should've been the most comfortable catch ever into Arshdeep's hands.

But the fielder made an absolute meal of it with a casual, indisciplined effort and let the ball slip on the turf. The cameras immediately panned on Rohit Sharma, fielding near the surface, and the Indian skipper was fuming at his man.

The incident happened at the halfway mark of the 18th over in the Pakistan run-chase. Needing 32 off 15 chasing India's stiff looking 181/7, Ali had to hit Ravi Bishnoi off for a boundary at that stage to calm the Pakistani nerves. But the right-hander ended up miscueing his attempted big hit, aiming to go down the ground but finding a thick edge that went straight in the air.

At that point, Ali started walking off the ground seeing Arshdeep standing right underneath the delivery. But the batter was left shocked when the Indian fielder ended up dropping the sitter after a casual attempt to give his side the breakthrough.

Someone even more shocked, however, was Rohit Sharma, who couldn't believe his eyes seeing Arshdeep make a meal of what should've been the most comfortable take.

The batter was fuming on the outside and let his inexperienced teammate know it too well with a stare of anger and dismay on his face.

The reprieve allowed Ali to continue his innings and tilt the scales decisively in Pakistan's favour for a victory.