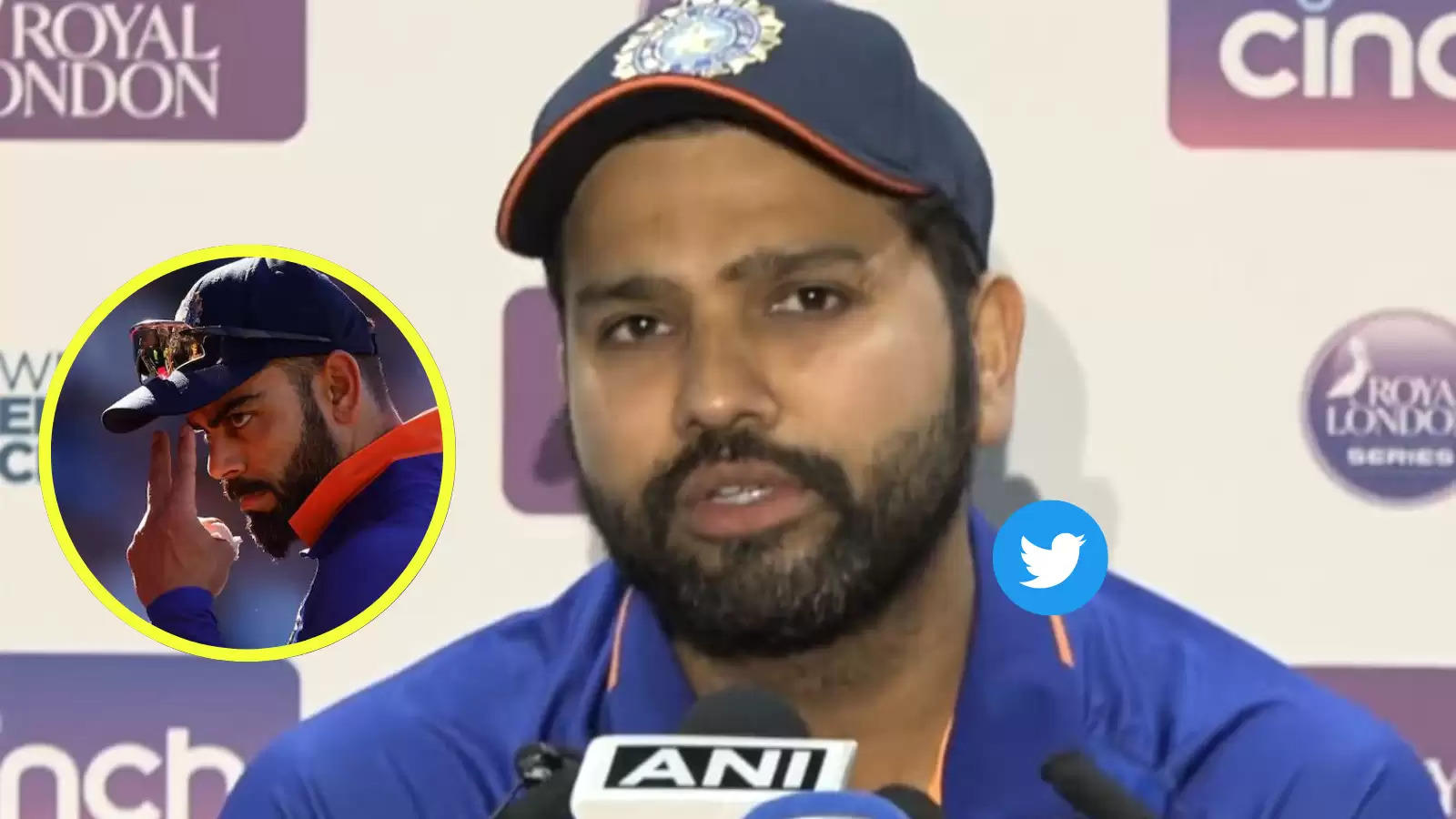 As Virat Kohli got out needlessly poking at one outside off-stump again in the second ODI versus England, skipper Rohit Sharma on Thursday (July 14) had to confront the media one more time about his star batter's sustained slump with the bat.

Kohli was looking reasonably good at the crease for his 16 off 25. But just when things were shaping up nicely, he tried to guide one away from his body against left-arm seamer David Willey and was out edging the ball to Jos Buttler.

With India chasing a modest 247, it was an ideal opportunity for Kohli to get in and get a substantial score. Instead, the batter fell to a nothing ball from Willey and played his role in India's downfall as the visitors suffered a heavy loss to give England parity in the three-match ODI series.

Soon after the defeat, captain Rohit Sharma faced questions from the press and gave a similar response to the one he did on Kohli's ongoing drought of runs earlier on the trip.

Rohit Sharma comes out in defence of Virat Kohli again

Sitting behind the mic at Lord's, Rohit didn't even let the journalist complete his question while the person on the other side began to query over the feeling inside the Indian dressing room on Kohli's longstanding dip with the bat.

He said he wonders why there is so much talk around the great Indian batter and backed him to deliver the goods eventually.

"Why is it happening (debates on Kohli's form)? I simply can't understand (why there is so much talk on it?)," Rohit said, before adding: "He has played so many games for India, been a great batter for us.. so he doesn't need any reassurance from our side."

"You see I said it even in the last press conference, form can be a very fickle thing, it can go up and down. It's part and parcel of the game and all players go through this."

"If a player has played for so many years and has performed with distinction and scored so many runs, all he needs is one or two innings to refind his mojo. This is what I firmly believe in," he added.

"You see the performance can go up and down, but the quality stays intact. And we are backing the quality."

Rohit was yet again asked on Virat. And I am glad he said what he has. Good to see the captain back his top man. pic.twitter.com/OBtd4JHOFE

Kohli has been going through a worrying period with the bat in hand. His last international hundred arrived in November 2019. Once a run-machine, Kohli has seen runs dry up, especially in Tests and T20Is, although his ODI form has been good. Since the end of the 2019 World Cup, Kohli is averaging 45.26 with a strike-rate of 91.39 in the 50-over format.