Pakistan have dropped Azhar Ali from their playing XI for the second Test against Sri Lanka.
By Kashish Chadha Sun, 24 Jul 2022 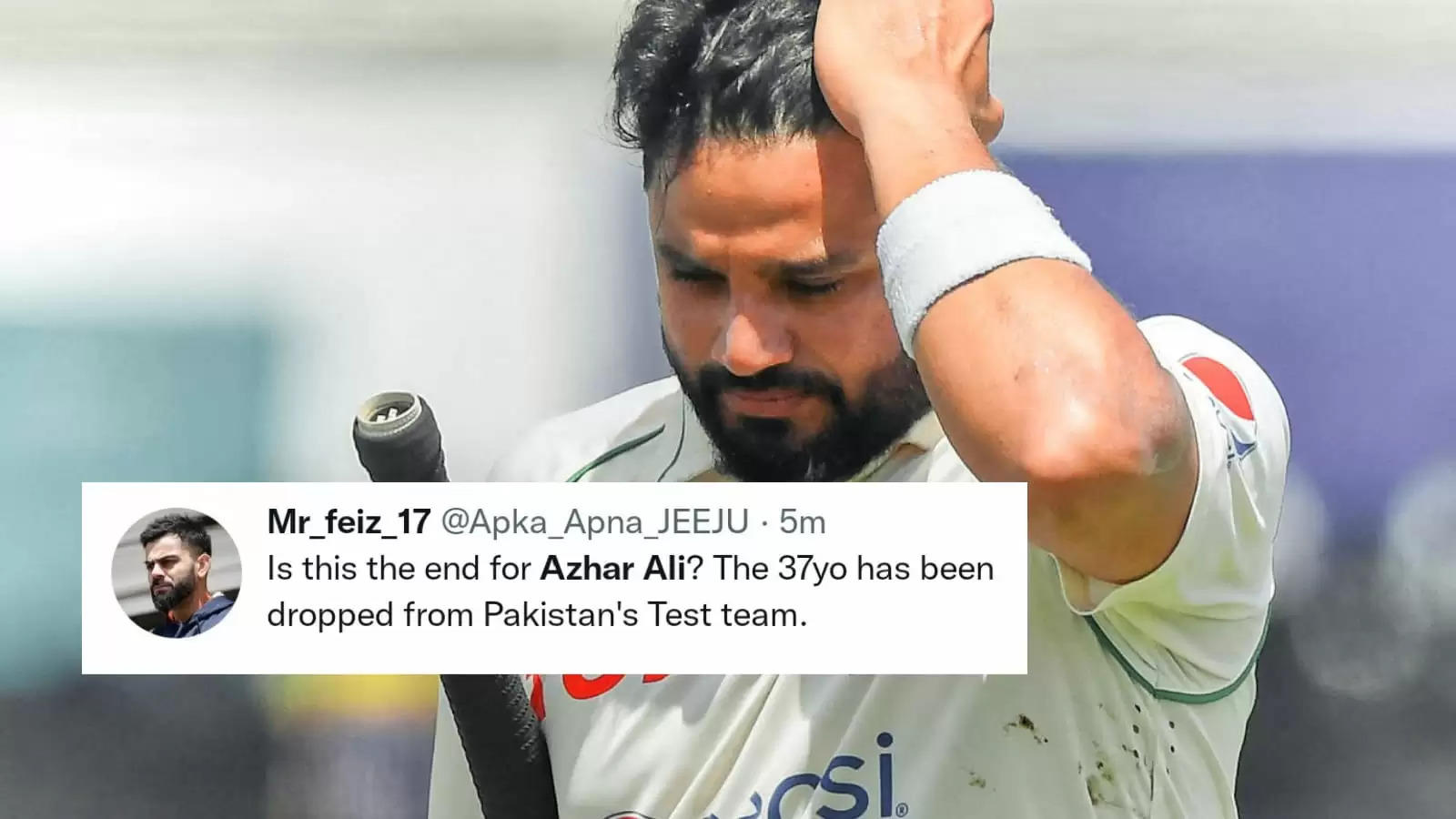 Redrafting Fawad Alam in their batting unit, Pakistan looked past Azhar Ali for the Galle Test.

Pakistan triggered a shock wave among the fans after dropping former skipper Azhar Ali from their batting unit for the second and final Test of the series against Sri Lanka in Galle on Sunday (July 24).

Babar Azam & company left their followers surprised by leaving out Ali, their longstanding first-choice No.3, owing to twin failures in the previous Test at Galle.

The decision may have been made to accommodate left-hander Fawad Alam into the line-up to counter Sri Lankan spinners. But Azhar Ali has a legitimate cause to feel livid about it, as he averages 44.14 for the year with a best of 185 against Australia only 4 Tests back.

An ageing player on evident decline within his reflexes, Ali, however, has kept his on-field performances fine and holds a spot in a vulnerable Pakistan batting unit. Since the start of 2021, the 37-year-old averages 42.90 from 13 Tests, featuring 2 hundreds and 4 fifties.

Dropping Azhar Ali so quickly despite good enough numbers over the past months to make the side was a Pakistan management decision that didn't go down as well with the fans, who expressed their surprise over the move on social media.

Ali's supporters flooded Twitter with messages expressing their disappointment over his sacking as Pakistan show first real signs of preparing for a future beyond him in the larger scheme of things.

Azhar Ali dropped from Pakistan's XI in Tests for the first time in 8 years. Fawad Alam is back in the team. #SLvPak

I WAS YOUR FAN , I AM YOUR FAN AND I WILL BE YOUR FAN - I know his performance is not like before but you should remember what he has done for us in past years - at least put some respect to his name - waiting for you to shine AJJU BHAI ❤️ - @AzharAli_ pic.twitter.com/aB0PivTLSa


Is this the end for Azhar Ali? The 37yo has been dropped from Pakistan's Test team. #SLvPAK #PAKvSL pic.twitter.com/LgML8Eoksp


This too shall pass. Stay strong. #AzharAli pic.twitter.com/GdXaR9fhth


Babar Azam growing as a captain. Dropping Azhar Ali a “senior” is unheard of Pakistan cricket. Babar setting a precedent if you don’t perform, you don’t get in the team no matter who you are. My respect for Babar increased tenfold. #Cricket #PAKvsSL


Pakistan cricket fans' disrespect for Azhar Ali is arguably one of the greatest disservices our fanbase has done to any former player. A guy who shaped his entire career without the home advantage and still ranks as the 5th highest run scorer in tests for Pakistan (1/2)

To be fair to Babar and the management, while Azhar Ali's overall numbers since the start of last year present a decent glimpse of his output, the ageing right-hander's record outside Pakistan hasn't been the best. In his last 15 innings away from home, Ali has collected runs at an average of 32, which would drown further if one takes out his 126 made against Zimbabwe in early 2021.