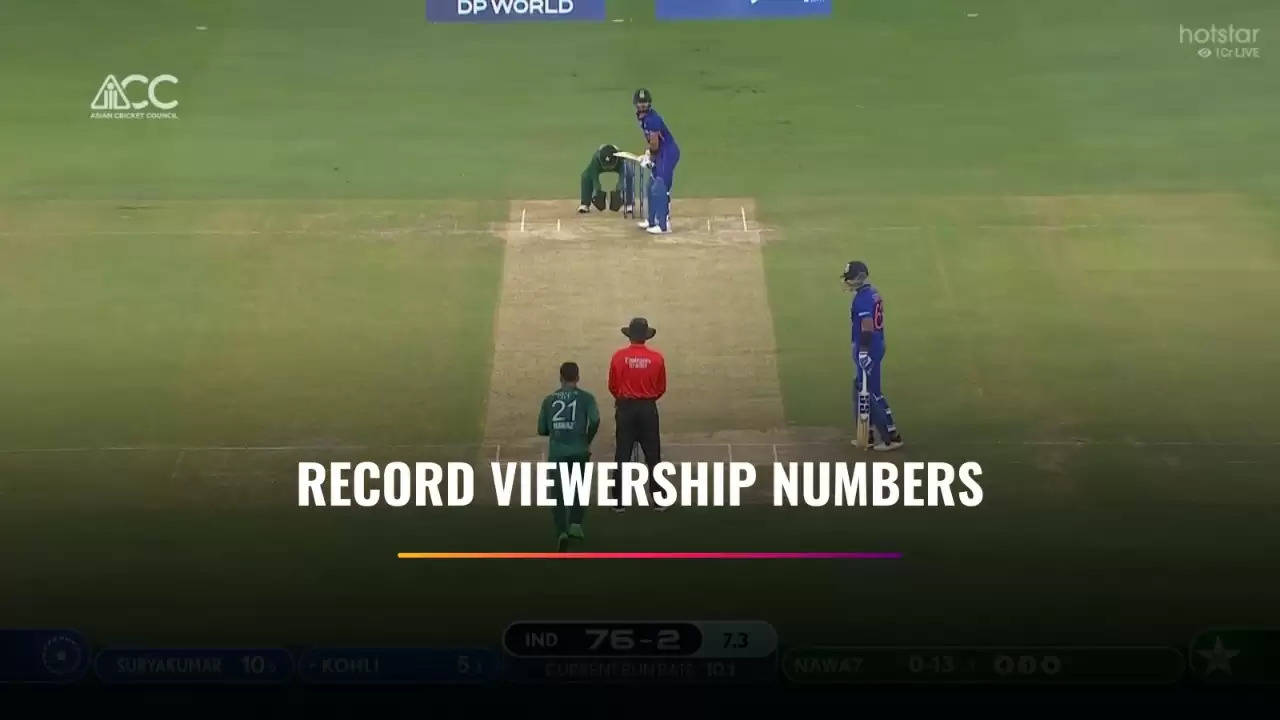 India and Pakistan have played out two last-over thrillers at the Asia Cup 2022 thus far.

The India vs Pakistan rivalry is living up to its expectations at the ongoing Asia Cup 2022, with the two teams involved in two last-over thrillers at the Dubai International Stadium on consecutive Sundays. India took the first game - played on August 28 - by five wickets with a ball remaining, and Pakistan returned the favour in the second match of the ongoing Super Four round - played on September 4 - by an exactly similar margin.

For context, when the two teams last met before the ongoing tournament - at the T20 World Cup last year at the same venue - the viewership numbers were 147 million for TV and 20 million for OTT, totalling 167 million viewers overall.

This is crazy data!

India vs Pakistan is madness 🔥 pic.twitter.com/HuHxBLR8zS

The audience were glued to the game right from its start, with views jumping to 14 million at its peak on Disney + Hotstar alone. 13 million concurrent viewers in Pakistan watched the Daraz app’s coverage of the high-voltage clash.

In the second game of the competition, played a week earlier, the peak views on OTT jumped to 8.4 million by the fourth over of the contest. It increased further to 8.7 million when Hardik Pandya dismissed Mohammad Rizwan in the 14th over, and soon escalated to 9.5 million by the last over of the Pakistan innings.

The Virat Kohli top-edged six during India’s run-chase got it further up to 9.9 million, and it soon touched 10 with Rohit Sharma too, making his presence felt. The nail-biting finish saw viewership touching 13 million in the last over, with Hardik sealing the deal with a six off the fourth ball of the final over.

India and Pakistan are currently ranked first and third currently in the ICC T20I team rankings, well ahead of the other two teams in the Super Fours, Sri Lanka (eighth) and Afghanistan (10th). That and the recent form make the subcontinent rivals the favourites to make it through to the final on coming Sunday, September 11, promising for even more increased viewership numbers.