The T20 Blast 2022 has reached its summit, with the two semifinals and a final lined-up in Birmingham.
By Kashish Chadha Sat, 16 Jul 2022 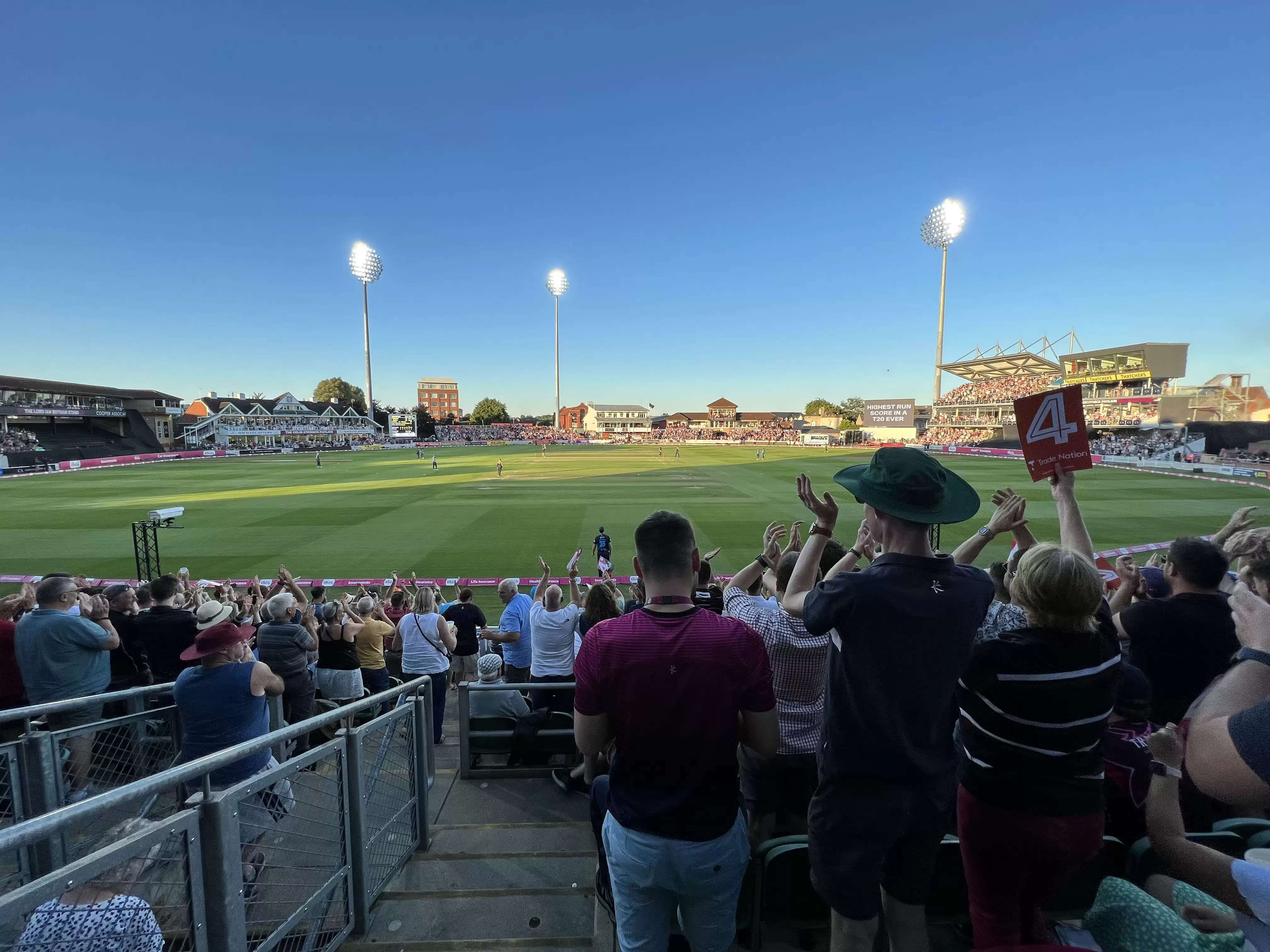 After a month and a half of intense on-field action during the league stage and the quarterfinals, the T20 Blast 2022 is up for its closure on Saturday (July 16) night in Birmingham. The tournament will conclude with its annual finals day, featuring the two semi-final clashes before the summit clash in Edgbaston.

Yorkshire is set to lock horns with Lancashire in the first two of the two semifinals, followed by Hampshire's bout with Somerset for the remaining spot in the finals.

The three matches are set to attract bumper crowds at the famous ground in Birmingham, which recently hosted the keenly followed Test match between India and England.

Yorkshire have had a stellar turnaround in the tournament as they stand two steps shy of lifting the T20 Blast trophy despite finishing fifth in the North Group points table. The Headingley-based club defeated South Group toppers Surrey in the quarterfinal.

Before hammering Essex in their quarterfinal, Lancashire finished second in the North Group standings with 8 wins from 14 matches.

Somerset pulled of a record 191-run win over Derbyshire in their quarterfinal, having clinched the second spot in the South Group table with 10 victories.

Hampshire pulled off a surprise victory over North Group toppers Warwickshire in quarterfinal 2. They had made the cut for the next round with a fourth-place finish in South Group, winning nine and losing five of their games.

All three finals day T20 Blast 2022 matches will be available for live streaming via the England and Wales Cricket Board (ECB) website and England cricket app in UK. On Radio, the fixtures can be followed in UK on BBC Radio Stations. For extensive coverage, viewers can also tune into 5 Live Sports Extra. Indian viewers can enjoy the matches live on the Fancode app.

There will be no live telecast for the finals day in India but UK-based cricket fans can enjoy the experience on Sky Sports.