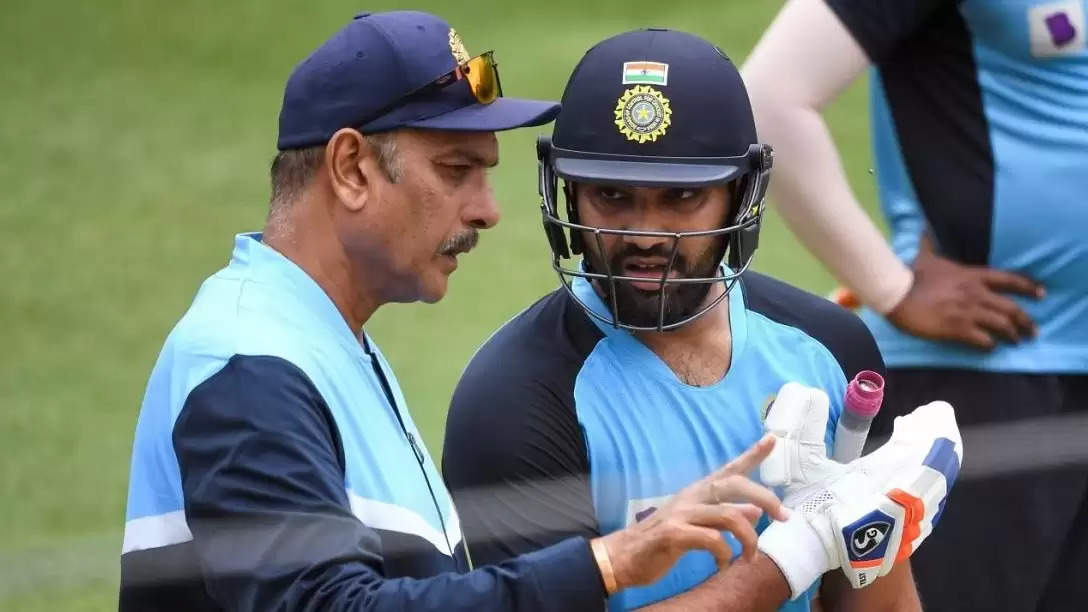 The duo believes with a robust domestic structure in place under the BCCI umbrella, headlined by the IPL, there is no real need for Indian players to "look outside" for valuable T20 experience.

The idea of Indian players taking part in leagues abroad has gained steam since India's ten-wicket loss in the semifinal of the T20 World Cup 2022 against England at the Adelaide Oval.

The gut-wrenching nature of the defeat gave momentum to the brewing sentiment that Indian players are at disadvantage in not getting to play the BBL, PSL, CPL among other leagues as they don't get to horn their skills in a wider range of conditions, unlike cricketers from opposite countries.

The view has been backed by multiple prominent names in the cricketing world, including former India skipper and spin legend Anil Kumble. But Zaheer and Shastri aren't fans of the idea and think Dravid was coming from the right place when he said allowing Indian cricketers to take part in overseas T20 leagues will have a detrimental impact on India's domestic competitions.

"I feel there are a lot of processes in place. It's not about playing only franchise cricket, it's about going to different countries to learn things. That is something which is important, and you've seen with BCCI, with their shadow tours, I think those processes are well in place," said Zaheer, the global head of cricket development with Mumbai Indians (MI) in IPL, said during an interaction facilitated by Prime Video prior to the India tour of New Zealand.

"I don't see any other reason right now for players to go and play in a particular tournament. What you have domestically right now is also a robust structure. So why depend on others? We have more than enough means for producing good players. And you look at our bench strength as well, you can virtually play three line-ups, and they will be able to compete at any level."

Shastri said India 'A' tours, which the BCCI have revived since the phase the world entered the heels of the Covid-19 pandemic, are a good source experience of different conditions beneath the international stage. And with enough dose of domestic cricket and the IPL also available, he doesn't see why Indians need to take part in leagues outside their home shores.

"There is enough domestic cricket for all these players to get absorbed in the system and get an opportunity," Shastri said. "Plus, you get these India A tours, you get a lot of these other tours, where at one given time you might have two Indian teams playing in the future, where the opportunity will come for the other lot to go somewhere else whilst India is in another country - to go play and see what you know they can do."

"So there's no need [to play in overseas leagues], they're absolutely fine playing IPL cricket and focusing on domestic cricket. We need them to play domestic cricket in India as well," he added.