The Australian spin allrounder showcased his fielding brilliance with a spectacular jumping save in the first ODI at the Adelaide Oval.
By Kashish Chadha Thu, 17 Nov 2022 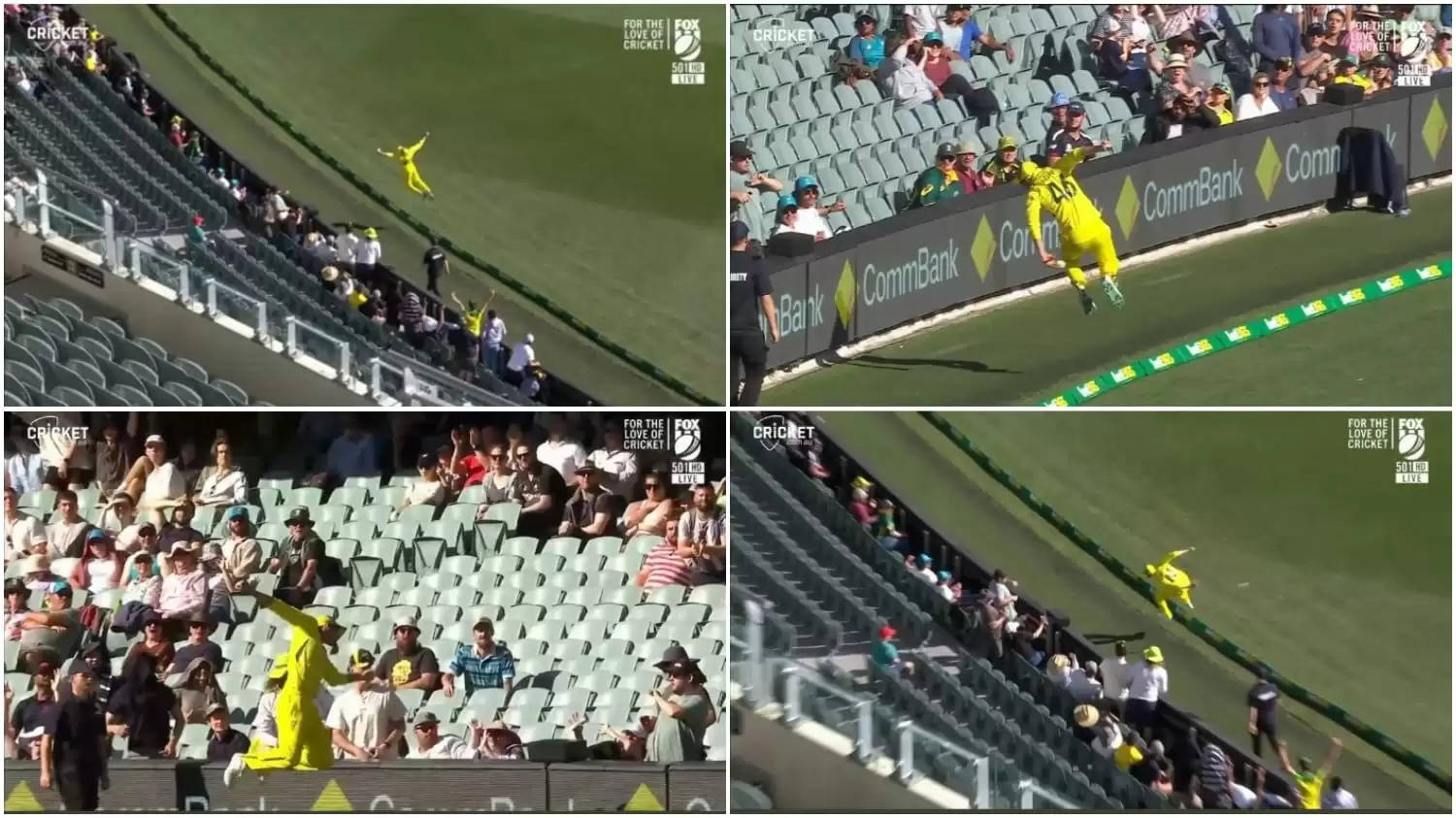 Ashton Agar made an excellent save in the deep to help Australia avoid what looked like a certain six during the first ODI of the series against England this Thursday (November 17).

Placed at deep mid-wicket, the spin allrounder showcased his brilliance in the field with a terrific leap and save after a perfectly smashed stroke from English middle-order batter Dawid Malan.

Agar used his tall stature to very good effect and jumped on time to make contact with the ball and ensured he patted the ball back on the field at the Adelaide Oval even as the momentum was taking him outside the boundary rope.

The spectacular fielding act was seen near the end of the 45th over in England's first-innings batting effort. Placed well set on 131 not out, Malan was now entering the second gear with bat in hand, trying to give England as big a cushion with the ball.

As Cummins dropped it short, Malan's eyes lit-up and he hammered the delivery from the meaty part of his willow towards the deep mid-wicket region, with the ball flying over Ashton Agar's head in there.

Just then, however, Agar made a perfect jump upwards and tapped the ball back in the outfield with both his feet in the air in a "crazy" effort, as described by the commentary team.

The fielder jumped with the precision of timing and then ensured the ball was back on park even as the momentum was taking him outside the rope. A clip posted of the same by cricket.com.au only highlighted the greatness of Ashton Agar's save.

Ultimately, Malan could only find two runs off his brilliant stroke because of Agar's effort in the deep, which was applauded by the commentators, the fans and even the rest of the Australian fielding unit.

Agar's opportunities to make the playing XI maybe rare but the cricketer makes an impact when he is there.