Ravindra Jadeja had his famous sword celebrations being replicated by statemate Chetan Sakariya at the sidelines of the Duleep Trophy.
By Kashish Chadha Fri, 16 Sep 2022 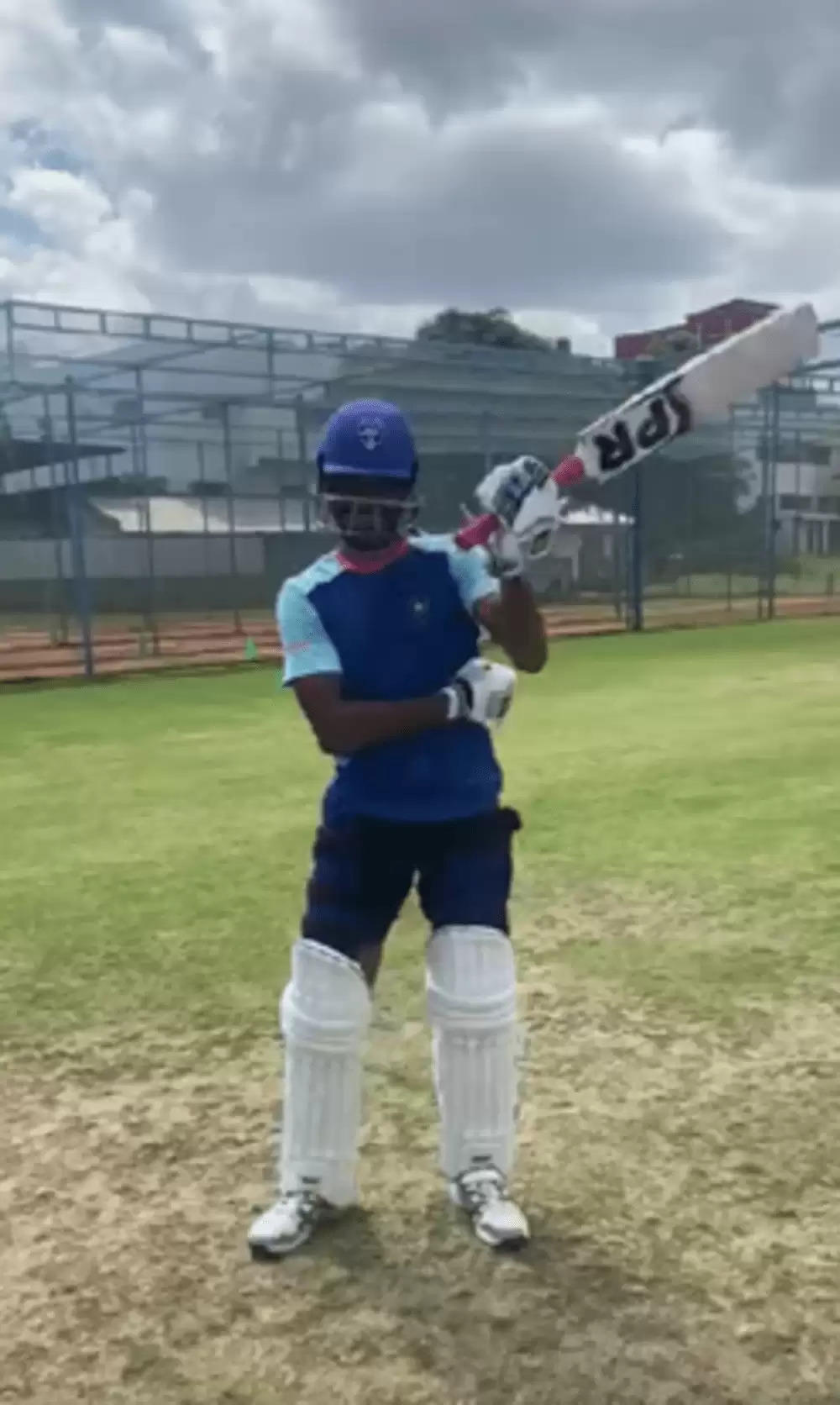 The Saurashtra and India left-arm quick was seen doing Jadeja's sword celebrations in a clip posted by him over Twitter.

Sakariya tweeted a video of him doing Jadeja's famous sword celebrations act during a net session at the sidelines of the ongoing Duleep Trophy, India's zonal-based first-class competition.

The left-arm quick was in the middle of a batting session with the West Zone side when he decided to pay a little tribute to his statemate Jadeja, who also plays for Saurashtra in the Ranji Trophy.

Taking to his official twitter handle, Chetan Sakariya wished for injured Ravindra Jadeja's speedy recovery and did the sword celebrations with bat in hand, which brought a smile on the face of the Indian allrounder.

Posted for the fans, Sakariya's clip was captioned "in case you're missing Jaddu bhai", before he wished his fellow Saurashtra and India cricketer a "speedy recovery". The clip warmed the hearts of the fans and also got an amusing response from Jadeja.

Ravindra Jadeja would've taken heart from Sakariya replicating his celebrations as it has begun to caught up with the his teammates and the fans who have been following the Indian veteran's career at the international stage.

Jadeja has been celebrating by moving his bat around like it's a sword held in the hands of a warrior after each milestone, be it a fifty or a hundred when he bats for India at the highest level or when he turns out for the Chennai Super Kings (CSK) in the IPL.

Sakariya got the chance to replicate Jadeja at the SNR College Cricket Ground, Coimbatore where West Zone is taking on Central Zone in the semifinal of the Duleep Trophy in Karnataka.

The pacer wasn't initially part of the zonal side but came in as a replacement for Shardul Thakur, whom the selectors drafted in India A side for the ongoing red-ball series versus New Zealand A when Prasidh Krishna was ruled out with an injury.

Sakariya made his ODI and T20I debut for India during the limited-overs series against Sri Lanka last year.