The rising young South African cricketer continued on his merry ways with a brilliant allround display in the domestic T20 competition.
By Kashish Chadha Tue, 1 Nov 2022 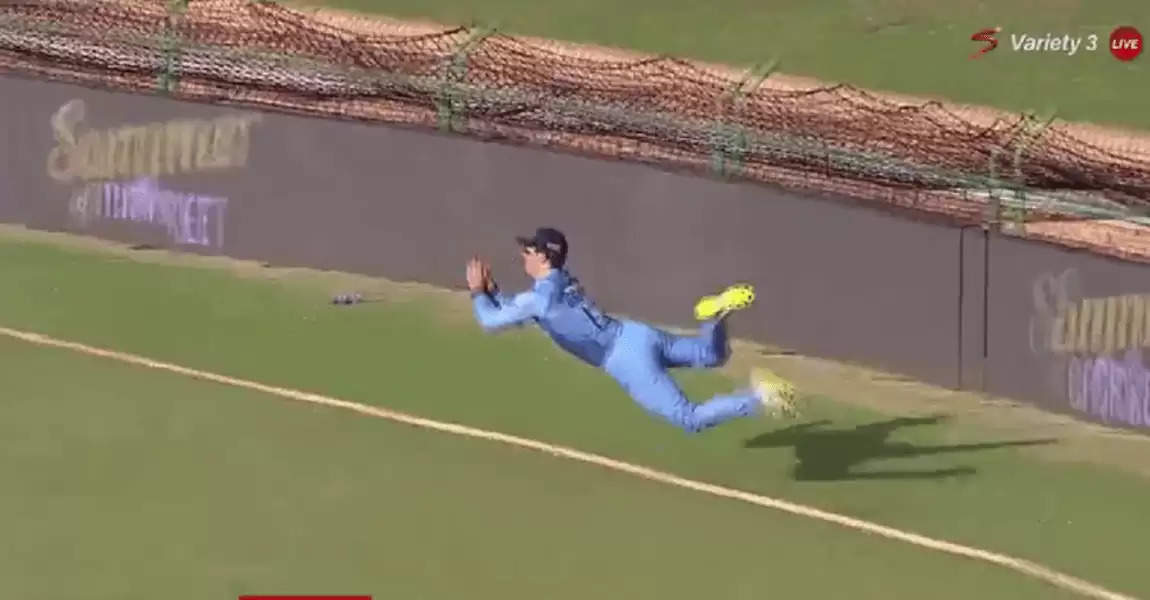 Dewald Brevis showcased his brilliance in the field after dominating in the CSA T20 Challenge with bat in hand.

Dewald Brevis not only exercised his dominance with the bat but also showcased his brilliance in the field in the CSA T20 Challenge on Monday (October 31). Playing for the Titans, Brevis took a spectacular catch near the ropes during the Knights run-chase after blasting his way to an incredible 162 off 57 deliveries.

Placed in the deep mid-wicket region, Brevis secured an important breakthrough for his side in defence of the gigantic score of 271/3 just when the Knights were beginning to pick up some flow with the bat.

The fielder stood tall at the boundary line and readjusted for the rebound after recognising the momentum behind Jacques Snyman's attempted six will take him behind the ropes. He pushed the ball in the air, resurrected his ground with a jump and completed an outstanding catch.

Dewald Brevis "can do no wrong", shouted one of the commentators present for the game in Potchefstroom and that was indeed true as the rising young cricketer first pulverised the opposition with the bat and then hold their aces back with his athleticism in the field.

The catch was on display just after the powerplay field-restrictions had been lifted.

The Knights got off to a threatening start for the Titans, with their opener Snyman and his partner Gihahn Cloete taking their side to 72 without a wicket on the board and looking good for substantial individual scores.

That breakthrough was much-needed and it was provided by Dewald Brevis' excellent ball judgement after an attempted six versus off-spinner Simon Harmer from the dangerous Snyman flew straight to him at the deep mid-wicket boundary.

The cricketer pushed the ball back inside the field, knowing he will slip up beside the ropes with momentum.

He recovered his ground with a timely jump back inside and completed a thrilling catch to secure the Snyman dismissal, which gave the Titans the wicket they desired.

They eventually kept Knights down to 230/9 in a high-scoring game and won the important league stage encounter by 41 runs.