Watch: Dinesh Chandimal gets to his double hundred with back-to-back sixes 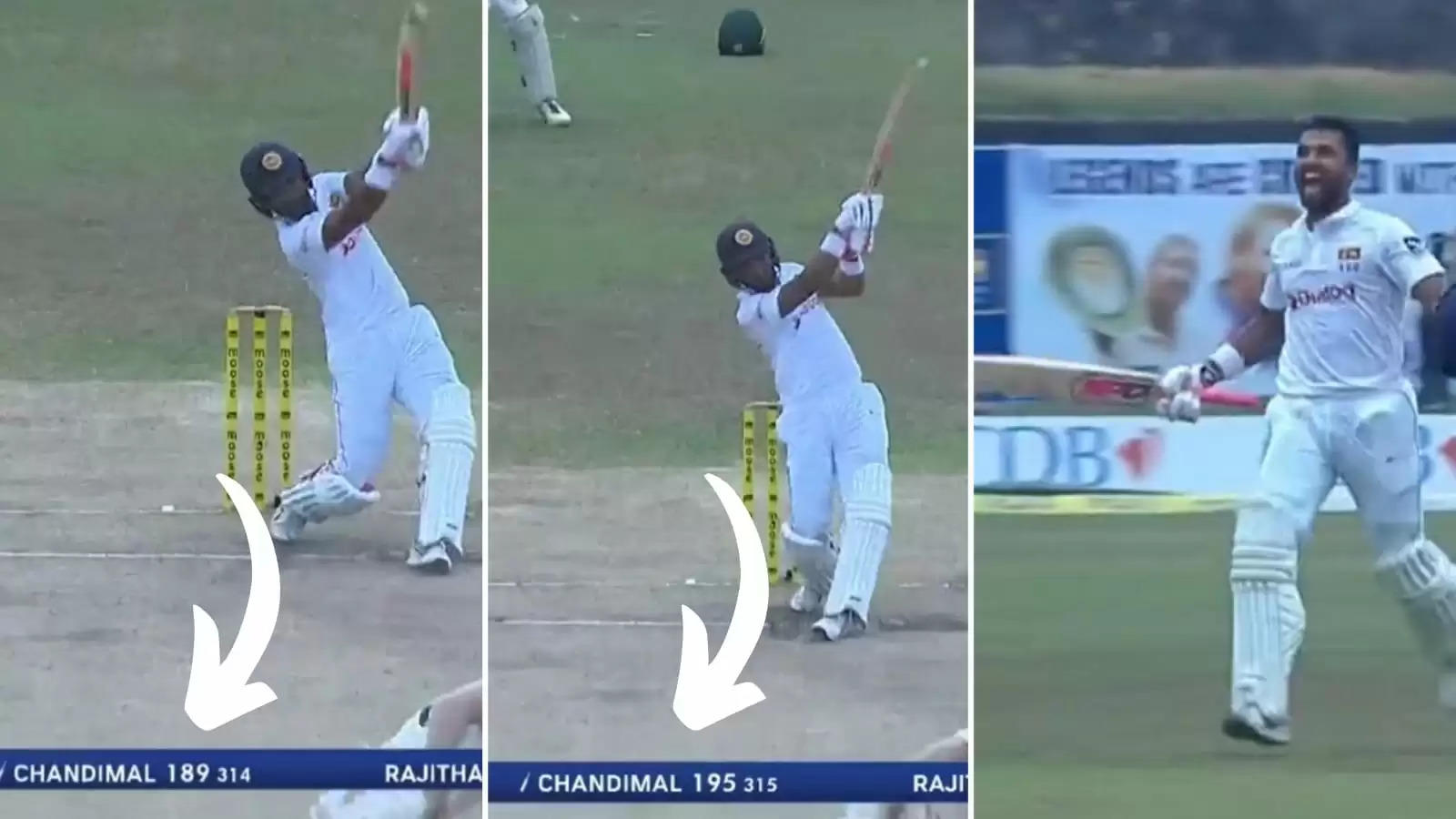 Dinesh Chandimal reached the great milestone with a pair of extravagant sixes down the ground.

Batting alongside No.11 Kasun Rajitha, Dinesh Chandimal was left stranded on 189 and needed to do something special to record a double hundred in the first-innings of the Galle Test against Australia.

The former Sri Lanka captain had to do something out of the ordinary to maximise whatever little of his stay was left in the middle and help his team stretch their lead after having overhauled Australia's 364 all out by 173 runs already.

With a milestone in sight, the right-hand batter dispatched Aussie left-arm quick Mitchell Starc for a pair of sixes outside the picturesque venue and reached the great milestone before the Sri Lankan innings came to a close.

Under pressure to deliver the goods, Dinesh Chandimal gleefully accepted a couple of poorly executed yorkers by Starc and hammered him for a pair of maximums down the ground.

Facing Starc from the over-the-wicket angle for the left-armer, Dinesh Chandimal opened up his legs and found perfect fooder to his downswing. With the experienced Australian quick missing his mark completely, Chandimal could get underneath the ball and deposit it to the road adjoining the ground and the fortress of Galle.

For the first one, Chandimal went deep inside his crease and turned it into more of a half volley than it perhaps was, finding the sweet spot for a six to the long-on region.

This six reached a group of young boys moving outside the ground as commentator Russel Arnold feared if one of them would take off with the ball. Instead, one of them was kind enough to throw the ball back into the ground.

Chandimal scaled the long-on region again with an even more extravagant six off his willow, with Starc being guilty of throwing the ball near the batter's arc one more time.

Dinesh Chandimal has torn strips off the Aussie attack, scoring an unbeaten 206* - bringing up his double century with two huge sixes, one of which ended up on the streets of Galle 🇱🇰🏏

This six helped Chandimal record a Test match double century for Sri Lanka, his first in a career that hasn't always seen the batter do justice to his potential. But when he plays knocks like these, it becomes evident why everyone has always rated the player highly.