The New Zealand No.7 smashed his way to a match-winning hundred in the first one-dayer in Dublin.
By Kashish Chadha Mon, 11 Jul 2022 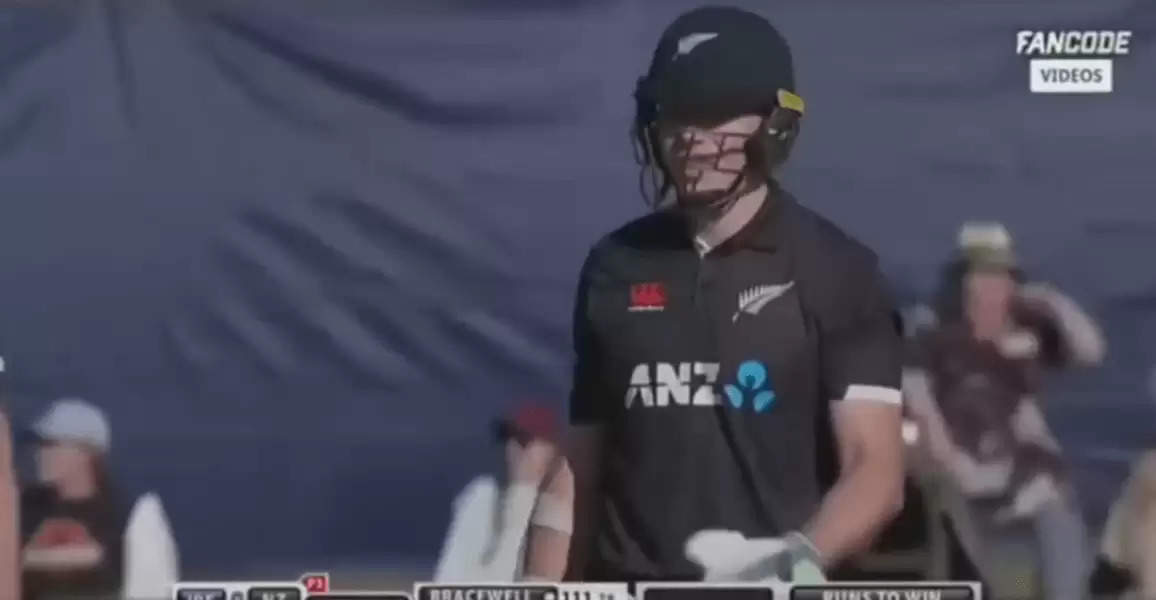 Ruining the hosts' dreams of a maiden victory over New Zealand, Michael Bracewell hammered 20 runs off the final over.

New Zealand were in for a major shock at the hands of Ireland in the opening ODI of their three-match series in Dublin on Sunday (July 10) until Michael Bracewell saved the day for the BlackCaps.

Chasing a target of 301, the visitors found themselves reeling at 120/5 when Bracewell walked into the arena at No.7. The scorecard soon read 217/8 and an Ireland victory seemed imminent in the match context.

But the Kiwi lower-order batter had other ideas as he kept his team in the hunt with a magnificent hundred. His knock of 127 not out off 82 deliveries, featuring 10 fours and 7 sixes, took New Zealand to a victory from the jaws of defeat.

The highlight of Michael Bracewell's knock was the skill on display and his strong temperament, exhibited the most during the final over where he dispatched Irish seamer Craig Young for 20 runs to secure a one-wicket win for his side.

With Young running into bowl from the over-the-wicket angle across the left-hander, Michael Bracewell gauged that his plan is to go wider and wider and make him reach out for the ball. But the batter shuffled across and played a few skillful strokes to sneak the ball through the on-side.

For the first one, Bracewell took Young's attempted yorker on the full and tapped in the gap between the square leg inside the circle and the deep fine-leg fielder for four runs.

Then for the next ball, Young brought the deep fine-leg inside to play a bluff with Bracewell. But the batter was up to the task and this time scooped his slower ball over the in-field for another boundary.

Those two fours tilted the momentum back in New Zealand's favour as the left-hander then smashed another yorker-gone-wrong for a six through deep mid-wicket, reducing the equation to 6 off 3 balls.

To seal the deal for New Zealand, Bracewell then dispatched a short ball from Young for one more four and closed out the game by hammering an poorly executed yorker from the right-arm seamer for a six down the ground.

Despite a horrible set of balls from Young, it was a memorable counterattack from Bracewell, one that he will never ever forget.