Donavon Ferreira is one of the players to watch out for ahead of the first-ever SA20 league to be held in January-February 2023.
By Kashish Chadha Tue, 20 Sep 2022 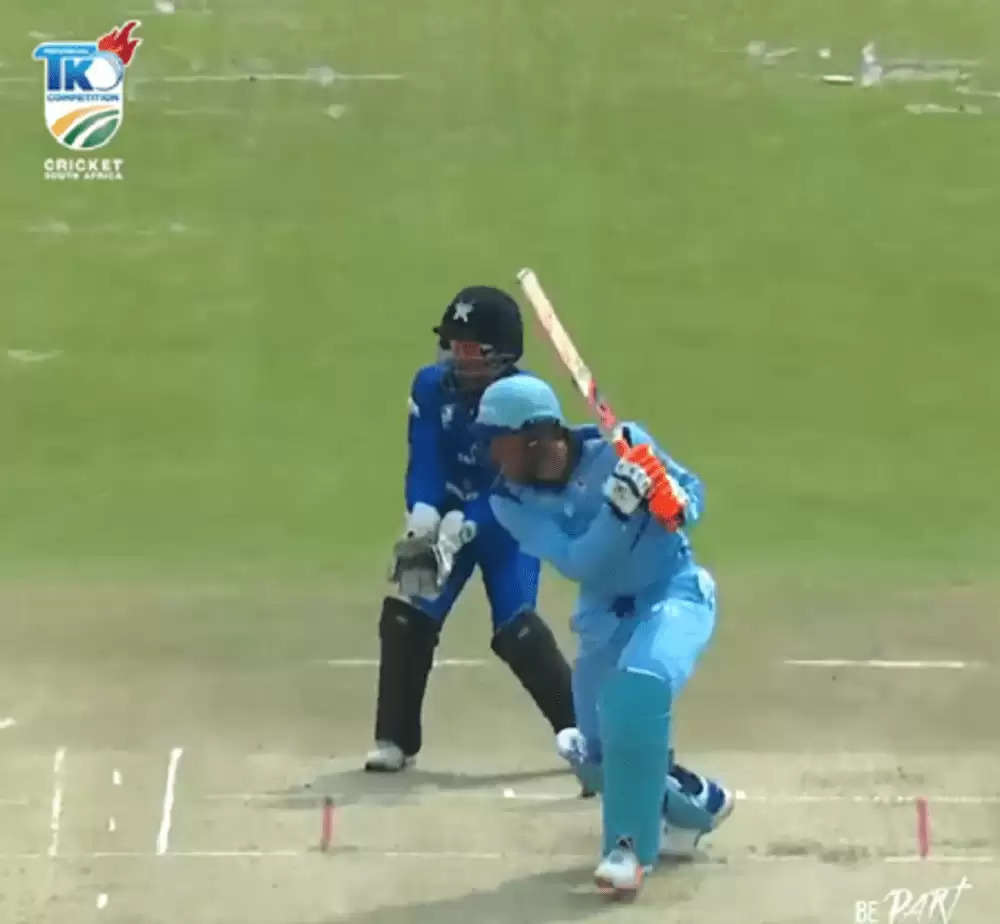 Donavon Ferreira fetched a high-end bid of Rand 5.5 million from the Joburg Super Kings at SA20 auction in Cape Town.

Donavon Ferreira was one of the uncapped domestic talents that attracted a bidding war at the auction for Cricket South Africa's newly launched SA20 tournament on Monday (September 19) in Cape Town.

The young South African batter found bids from Paarl Royals and Pretoria Capitals franchises after entering the auction with a base price of R 175,000. But the cricketer ultimately went to the Chennai Super Kings (CSK) owned subsidiary Joburg Super Kings side for a massive R 5.5 million after the Royals and Capitals backtracked from their initial bids due to lack of remaining purse.

Ferreira was understandably quite high in the reckoning among the domestic uncapped South African players, considering his excellent start in the shortest format for the Titans. The right-hand batter has played 19 domestic T20s so far, scoring his 384 runs at a strike-rate of 148.26.

From the factory of talented cricketers which is South Africa, Donavon Ferreira is another exciting young batter who is set to lit-up the inaugural SA20 for Joburg Super Kings early next year.

Donavon Ferreira, a player to watch out for

Donavon Ferreira enabled his eye-catching Joburg bid at the SA20 auction with an impressive run in CSA's domestic T20 league for the summer. In his six outings for Titans, Ferreira struck 166 runs at a strike-rate of 136.06 in the CSA T20 Challenge.

He was a figure of critical nature to his side, something he is expected to be for the JSK team as well come January-February 2023.

Introducing their new pick to the fans worldwide, Joburg Super Kings shared a clip of the right-hander blazing his willow for some exhilarating strokes in one of the domestic games.

In the clip, Ferreira can be seen taking the opposition to the cleaners in Paarl, hitting them to all parts of the ground.

The name is Donavon Ferriera! 🔥pic.twitter.com/1y6s8GtdQu

Be it the pacers or the spinners, he exercised his dominance against them and played some delightful shots that showcase his promise and talent.

That innings, and multiple such efforts in what is still a young career, would've propelled Donavon Ferreira quite high on the wishlist for the JSK franchise.