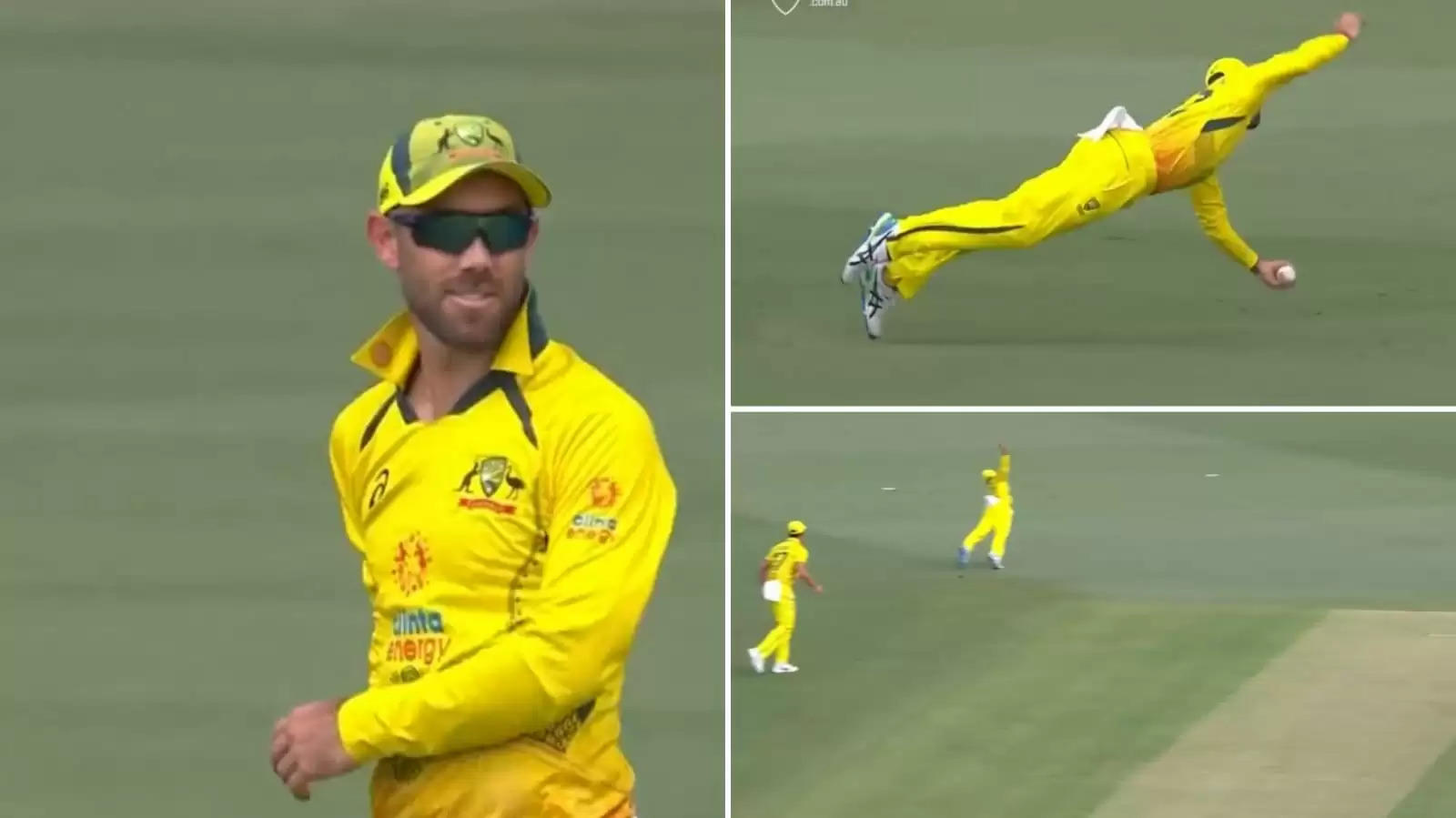 The Australian maverick unveiled a special piece of catching in Cairns during the first ODI against New Zealand.

Glenn Maxwell was at his very, very best in the field in Cairns for Australia's opening game of the ODI series against New Zealand on Tuesday (September 6). The Australian maverick took a scintillating catch to help the hosts dismiss the opposition's dangerous opening batter Martin Guptill.

Placed in the gully region, Maxwell collected a thick edge that looked set to fly past his left-hand side after Guptill got a splice on an attempted defensive push against pacer Mitchell Starc. But the fielder was upto the task and managed to complete a stunning grab without any fuss.

The pace at which the ball arrived near him and the dip it carried thereafter made the catch an extremely difficult one. However, not only did Glenn Maxwell react in time but also executed a perfect dive to his left to secure the catch and the breakthrough for his team.

Despite the exhilarating nature of the catch, the veteran Aussie cricketer looked cool as a cucumber after completing the catch and calmly stood up while his teammates started circling around him in joy to celebrate the Guptill wicket.

The catch was witnessed at the halfway mark of the Australian first-innings batting effort. Facing Starc from the angle across the right-hander for the left-arm quick, Guptill played a forward defensive prod. But as it so often happens with Starc, the angle of the delivery and pace at which he bowls induced a thick outside edge that the batter never wanted.

Watch: Mohammad Hafeez says Shahid Afridi is the reason why R Ashwin is not playing in Asia Cup anymore

Guptill may have still survived, though, if not for Glenn Maxwell, who flew to his left and collected one of his best catches. The ball was flying away from the short-statured cricketer and yet he managed to cover the ground brilliantly and unveiled a special fielding effort.

Glenn Maxwell may have not been in the best form with the bat but remains an excellent player in the field for Australia as displayed via the Guptill catch. The fielder's left-handed stunner made for great viewing for the cricket lovers, before they soaked it in via the clip posted on Twitter by cricket.com.au.