Harmanpreet Kaur took a stunning one-handed catch in the first ODI between India and England in Hove.
By Kashish Chadha Sun, 18 Sep 2022 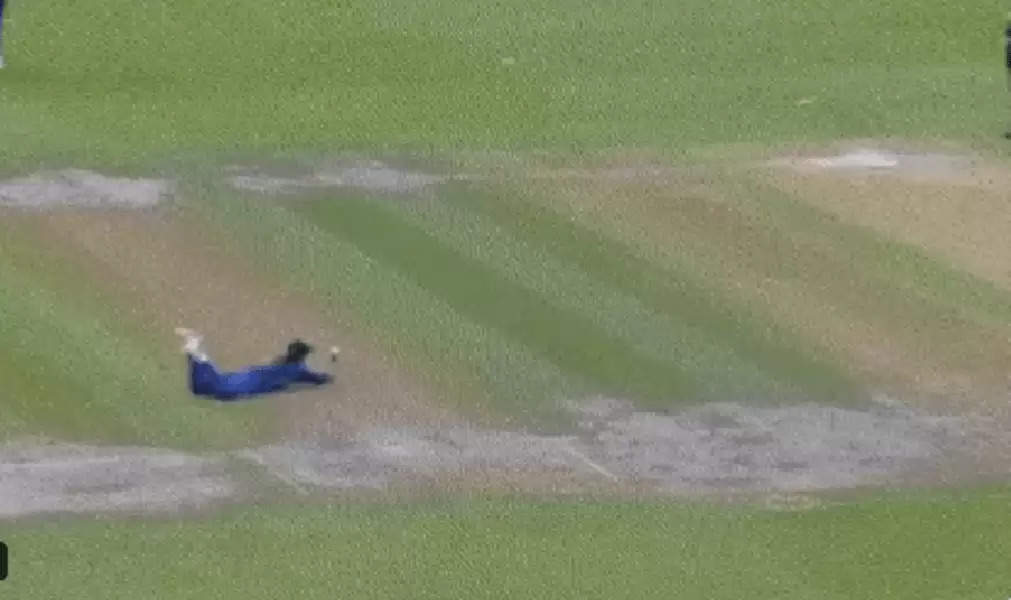 Harmanpreet Kaur made an excellent diving grab in the opening one-dayer against England in Hove.

Harmanpreet Kaur had her beast mode on in the field on Sunday (September 18) as she made a terrific grab to help India dismiss England's middle-order batter Alice Capsey in the first ODI in Hove.

Positioning herself at short mid-wicket, the Indian skipper made a valiant dive to execute a brilliant catch to her right, sending the dangerous Capsey back after her attempted flick shot couldn't evade the opposition captain.

Trying to hit off-spinner Sneh Rana's full-pitched delivery to the on-side, Capsey played a flick with near optimum connection, which looked like fetching her the desired boundary. But she had the amazing Harmanpreet Kaur coming in her way, stopping not only a certain four but also sending the batter on her way back to the pavillion.

The touring captain made the grab with her right hand, with cameras placed at the County Ground in Hove capturing an excellent image that attested to the genius behind her act in the field.

The catch was seen in full glory halfway through the 18th over in the Indian first-innings bowling effort. Facing Rana's loopy off-break, Capsey tried to drag the ball from outside the off-stump for a shot aimed for the deep mid-wicket region and nearly succeeded at it.

Capsey, however, then had the shock of her life as she saw Harmanpreet Kaur making a full-stretched dive at the ball and take a stunning one-handed grab in the end. The catch and the dismissal was one of many, many moments that Harmanpreet had made her presence felt for India, symbolic of her passionate streak for the team.

Watch: Naseem Shah giving it a full monte with bat in hand at Pakistan nets

The moment she took the catch, the field started celebrating with her teammates, including the legendary Jhulan Goswami, appreciating the effort with smiles and pats on her back. Harmanpreet herself looked extremely pleased with the effort.

The moment (and most of similar other moments) courtesy @krithika0808
pic.twitter.com/CZ6bQULO1R#ENGvIND | #ENGWvINDW

More than her personal moment, Harmanpreet Kaur would've taken heart from contributing to the team's cause as India built further inroads into the England batting, reducing the hosts to 64 for 3 with the wicket of an in-form Capsey.