Watch: Naseem Shah stuns all with an unconventional helicopter shot at Pakistan nets

Naseem Shah was seen practising his six-hitting abilities after a match-winning cameo against Afghanistan in the Asia Cup 2022.
By Kashish Chadha Sun, 18 Sep 2022 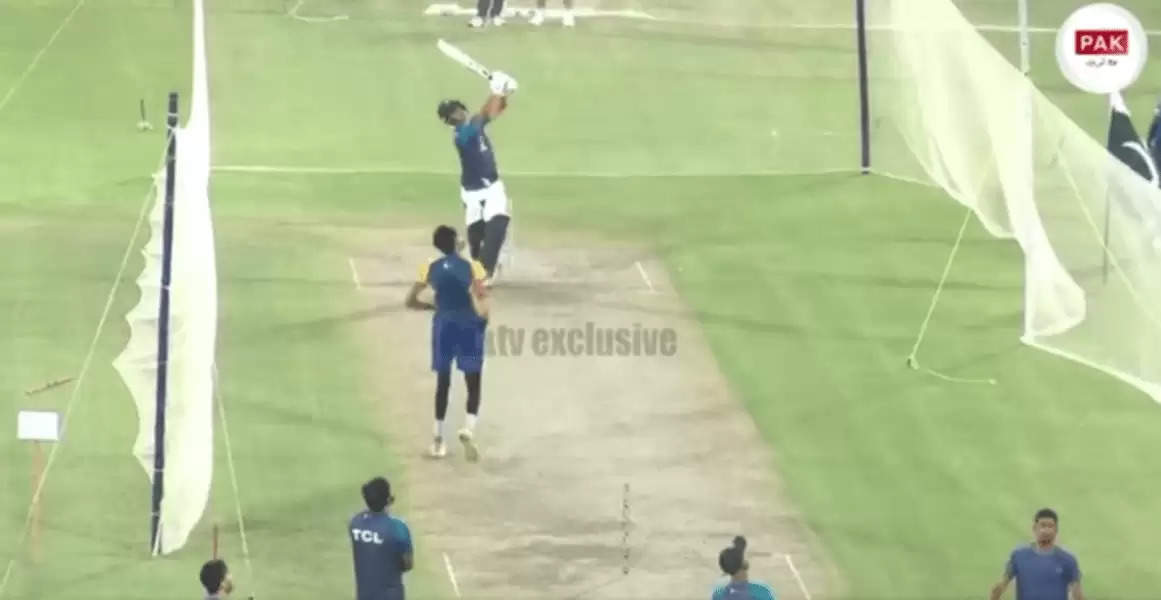 Naseem Shah seems to have turned a corner for himself with the bat after a match-winning cameo in an Asia Cup 2022 encounter versus Afghanistan in Sharjah.

The young seamer snatched a victory for Pakistan from the jaws of an embarrassing defeat with two consecutive sixes in the 20th over against opposition seamer Fazal Haq Farooqui.

The pacer had joked after Pakistan's one-wicket victory in that Super 4s clash that nobody could recall inside the dressing room that he is a bowler.

What perhaps wasn't spoken of enough amidst the celebrations and glowing appreciations for the knock was the amount of hardwork that Naseem Shah had put into his batting before doing it on the field for Pakistan.

The batter has sweating it out in the nets, facing throwdowns from different bowlers to practise hitting the ball down the ground, something that came to great use when he took on Farooqui, who erred with his yorkers under pressure.

That habit has persisted even after the Asia Cup has been over, with Naseem Shah seen practising six-hitting during a net session in Karachi just prior to the home T20I series versus England. In a clip doing the rounds on Twitter, Naseem was seen giving the ball a full monte with bat in hand, hitting Pakistan seamers and throwdown specialists high in the sky.

In the clip below, the youngster could be seen standing deep inside his crease like proper batters do to get underneath the full-pitched deliveries before unleashing his downswing for desired connection and result with the maximums down the ground.

At one point during the net session, Naseem also tried an MS Dhoni-like helicopter shot, giving the India legend's signature stroke his own version by going towards square leg and not long-on off a leg-stump half volley from one of the net bowlers.

It augurs well for Pakistan that one of their premier fast-bowlers is keen to add extra dimensions to his game for the team's welfare as they prepare earnestly to try and reclaim the T20 World Cup crown.