In a kind gesture, Shoaib Malik handed over his Man of the Match award to young Qasim Akram after Central Punjab’s win over Northern in a National T20 Cup 2022 game on Friday.
By CX Staff Writer Fri, 16 Sep 2022 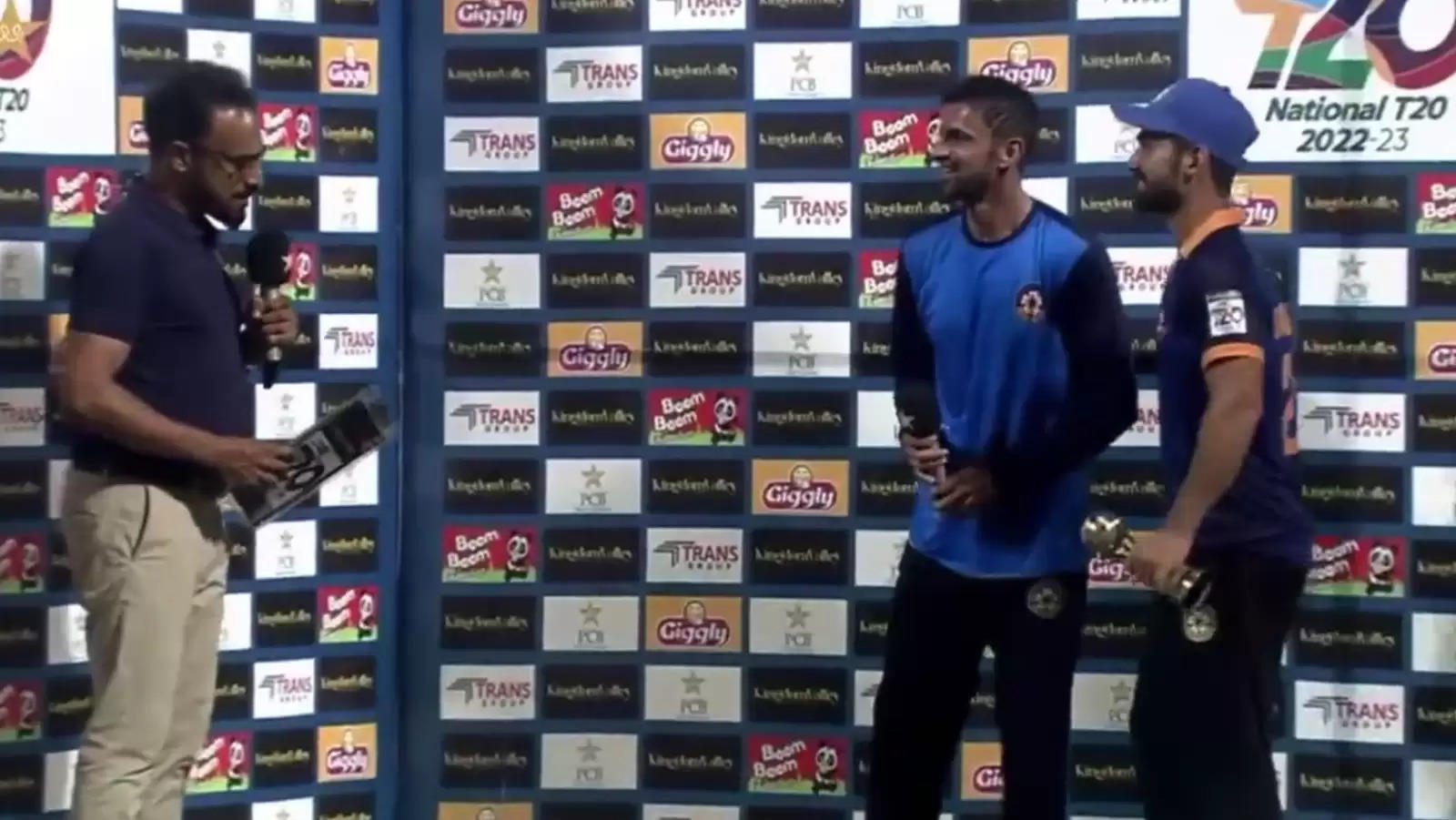 A day after being overlooked in Pakistan’s T20 World Cup 2022 squad, Shoaib Malik produced a match-winning knock of an unbeaten 62 off 39 in a National T20 Cup 2022/23 match for the Central Punjab against Northern in Multan on Friday, September 16.

Malik struck six fours and two sixes during his stay that ensured his side won the game with six wickets and two overs remaining, and was adjudged the Player of the Match. However, the 40-year-old decided to hand it over to the young skipper Qasim Akram, who struck 58 off 37, and added 100 with Malik for the fourth wicket before being dismissed in the 18th over.

Qasim, 20, had led Pakistan during the ICC Under-19 World Cup 2020 in South Africa, wherein the side had finished third after a semi-final defeat to arch-rivals India.

“I would like to handover this Man of the Match award to Qasim, which he deserves.” Malik said at the post-match presentation. “When he walked in to bat and struck three boundaries right after the fall of a wicket, I feel that was the turning point. He ensured that we had the momentum. And being a youngster, I guess he deserves this.”

Just now @realshoaibmalik won man of the match. But instead he chose to give it to 19 year old Qasim Akram. Shoaib Malik has always been the most humble senior cricketer in Pakistan. Great gesture. pic.twitter.com/4hJFcfmOko

It was Malik’s second fifty in the competition, with him currently having aggregated 195 runs at 32.5 with a strike-rate of 144.44.

Malik, who had led Pakistan during their runners-up finish at the inaugural T20 World Cup in 2007, and was a part of the winning team in the following edition in 2009, hasn’t played for Pakistan since the Bangladesh tour in November last year.

Recently, his six-month old interview, with regards to his non-selection in the national team and the lack of clear communication with the skipper and the management, made the rounds on social media.

Malik had also expressed disappointment over the former Pakistan cricketers not getting the “deserved” respect following their retirement.

“In the recent past, there have been many legends in our country who didn't receive the send-off they deserved,” he had told Cricket Pakistan earlier this year. “Every cricketer wants that. Mohammad Hafeez retired recently, and we could have shown a small gesture in the form of a trophy or a souvenir to him during the PSL to thank him for his services.”