Harshal Patel stopped just before going through with his action, denying Rishi Dhawan an attempted scoop down the leg side.
By Kashish Chadha Sat, 14 May 2022 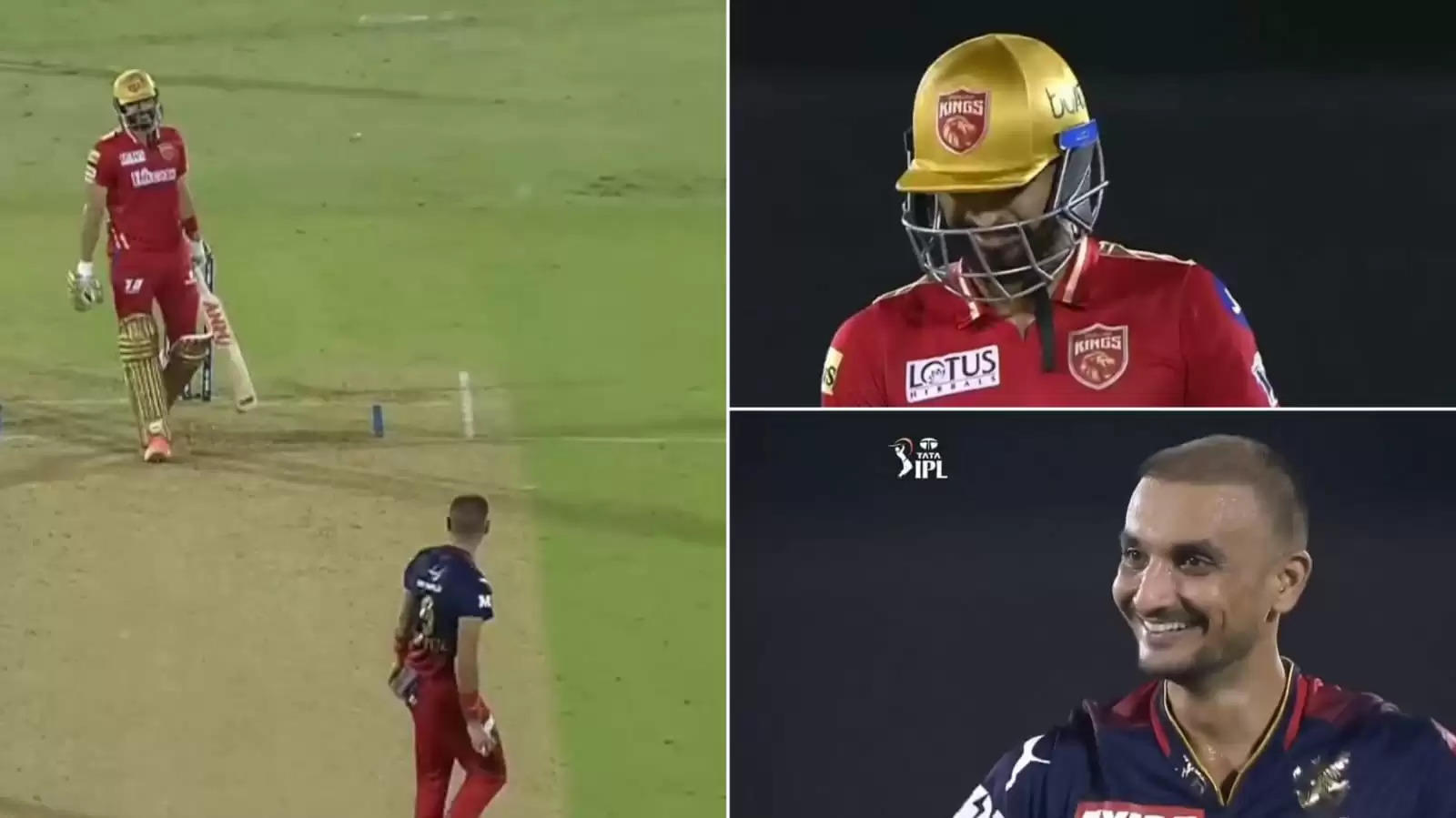 Even Rishi Dhawan wore a cheeky smile looking at Harshal Patel put a halt to his run-up in response to his stroke.

Royal Challengers Bangalore (RCB) quick Harshal Patel is known for his death-bowling expertise in the IPL. Patel's range of slower balls, the ability to drift and dip the ball away from the batter's arc, have all led to his fantastic rise from just another Indian domestic player to an India international since last year's IPL.

But apart from his skills, Patel also showcased quick-footedness and fantastic game awareness in an IPL 2022 game against the Punjab Kings (PBKS) on Friday (May 13) as he amusingly stopped and refused to deliver seeing PBKS lower-order batter Rishi Dhawan move early into his attempted scoop.

Bowling the final over with the intention to try and deny PBKS the big hits, Patel saw Dhawan get into his act a little too soon and responded by hilariously backtracking from his delivery stride. The moments after his stop, Harshal Patel offered a wry smile towards Dhawan in an incident that made for interesting viewing.

Even Dhawan wore a bright smile on his face seeing the bowler stop just prior to getting into his bowling action after he moved well outside the off-stump to try and ramp the ball through the on-side.

But a very smart Harshal Patel denied him that opportunity by halting his action - not the easiest thing to do for a fast-bowler when you've initiated your delivery stride - and ran back to his mark while erupting in a big beaming smile.

The incident happened ahead of the fourth ball of PBKS' first-innings. Batting 7* off 2 at the time with his team well placed at 207/7, Dhawan had the license to go for it while Harshal Patel strived to reduce the damage for RCB.

In the end, the bowler had the last laugh without even delivery the next ball, as he ran all the way to the bowling crease but did not go through with his action completely, much to the shock of Dhawan, who had by then got into an attempted scoop through the deep fine-leg region.