Imam-ul-Haq was done in by Dickwella's contentious stumping on Day 4 of the Galle Test.
By Kashish Chadha Wed, 20 Jul 2022 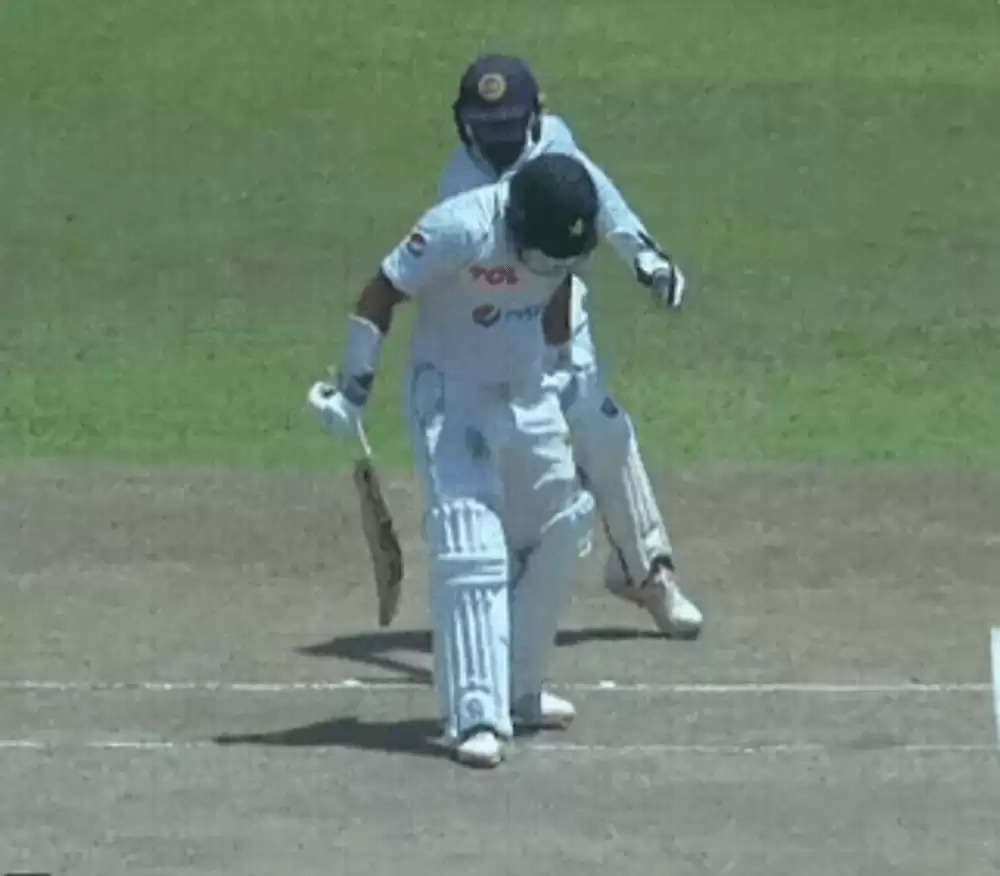 Needlessly lifting his back leg for a split second, Imam-ul-Haq was out stumped by Niroshan Dickwella.

Imam-ul-Haq was at the receiving end of a clever piece of wicketkeeping from Sri Lanka's Niroshan Dickwella on Day 4 of the Galle Test. The Pakistan left-hander was out stumped after needlessly pushing his feet out of the batting crease.

The incident happened out of an instinctive ritual that Imam carries with his game. The batter tends to remark his guard every time a spinner defeats him. He was doing it again after a delivery from off-spinner Ramesh Mendis sharply went past his outside edge.

Dickwella collected the ball and after initial backtracking from his attempt at dislodging the bails, he waited till Imam once again went about trying to mark the guard with his front leg stepping outside the crease and the back leg lifted in the air ever so slightly.

Picking his moment, Dickwella finally disturbed the stumps while Imam-ul-Haq's back leg had lifted in the air with minimal but critical distance from the turf. That was enough for the batter to be declared out.

The incident and the dismissal is from near the close of the 29th over in Pakistan's four-innings batting effort. Leading his team's comeback into the game chasing a massive 342-run target, Imam-ul-Haq was set for a long haul on 35 off 73 deliveries, having stitched an 87-run partnership with Abdullah Shafique.

But just when the left-hander looked like gearing himself up for a huge score, he was done in first by the vicious turn that Mendis generated past his outside edge and then by an incredibly clever piece of keeping from Dickwella.

Dickwella collected the ball and almost dislodged the bails when the batter was still inside the crease. But he backtracked from it and waited till Imam, out of his instinct to remark the guard, lifted his back leg slightly from the turf. It was only a tiny difference but enough of a window for the Sri Lankan keeper to get the Pakistan opener out.

Here's the clip. People will have differing views but in my opinion it isn't a good look. I mean, even the bowler has turned around and gone back to his mark. pic.twitter.com/Q9kuPkk7gN

Here's the clip. People will have differing views but in my opinion it isn't a good look. I mean, even the bowler has turned around and gone back to his mark. pic.twitter.com/Q9kuPkk7gN

The dismissal, however, raises a pertinent question: how long can a keeper grab hold of the ball and go ahead with the stumping before it gets considered a dead ball? In Dickwella's case, he did take unusually long for the stumping, waiting deep into Imam-ul-Haq's habit of remarking the guard before he disturbed the bails.