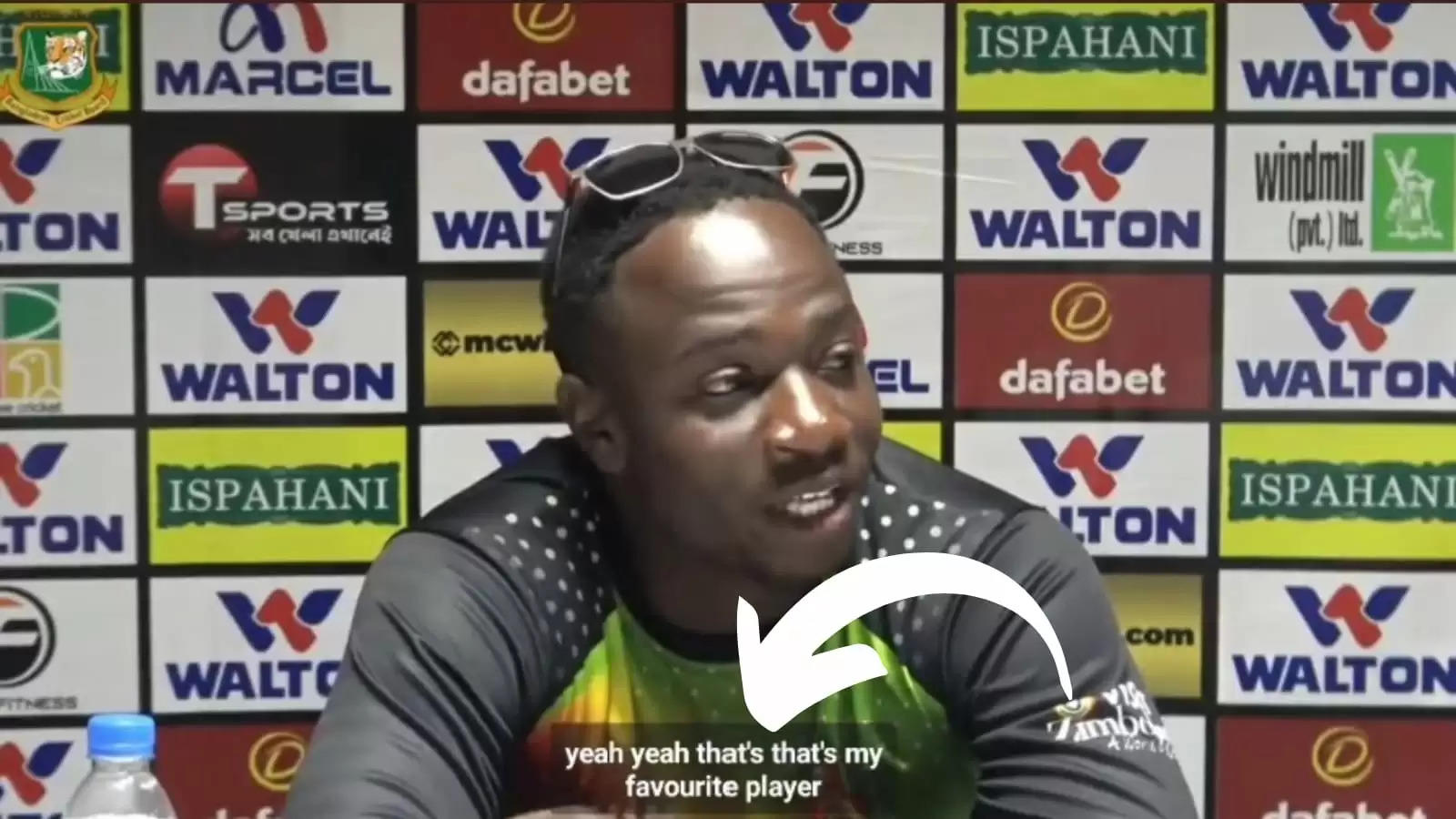 Zimbabwe's rising batter Innocent Kaia named star India cricketer KL Rahul as "my favourite player" and someone he hopes to replicate with his performances on the field.

Speaking to the press after producing a match-winning century in the first ODI against Bangladesh in Harare on Friday (August 5), Kaia declared Rahul as the player he looks upto.

The batter unveiled the Indian as his favourite player after replicating his trademark century celebrations at the Harare Sports Club ground.

Like KL Rahul, Kaia closed his ears and eyes upon reaching the milestone, suggestive of the player's attitude to keep the outside noise at bay and focus on the job at hand.

Driving Bangladesh seamer Taskin Ahmed for a single, Kaia reached his maiden ODI hundred for Zimbabwe, which triggered a great sense of frenzy and celebrations among the crowd present in Harare. The batter was equally jubilant about the moment, but chose to make a statement rather than indulging in some wild celebrations.

Following his "favourite player" KL Rahul's ways, Kaia, too, went about shutting his eyes and ears for brief moments, letting his naysayers know their words don't affect him. The right-hand batter did perfect mimicry of Rahul's 'shut the noise up' celebrations.

Watch: Navdeep Saini unleashing the scoop-flick in the One Day Cup in England

Later when the journalists asked him about it, Kaia let it be known he was simply walking in the footsteps of his batting hero.

KL Rahul first did his signature celebrations during the ODI series against Australia back in January 2020 after scoring a hundred at No.5 in the second one-dayer. The batter has since replicated it in India colours and the IPL as well.

For Kaia, the day would be etched in his memory forever as he played one of the finest innings by a Zimbabwean batter in recent times.

Walking in at No.3 in a stiff run-chase of 304, the 29-year-old made 110 off 122 deliveries and stitched a valiant partnership with fellow centurion Sikandar Raza to help Zimbabwe script an unlikely win. The innings allowed Zimbabwe to end a 19-match losing streak in ODIs versus Bangladesh.