Watch: Joe Root asks England physio to check on the girl hurt by Rohit Sharma's six at The Oval

The England batting stalwart made sure the kid got immediate medical attention after being hit by a six from Rohit.
By Kashish Chadha Wed, 13 Jul 2022 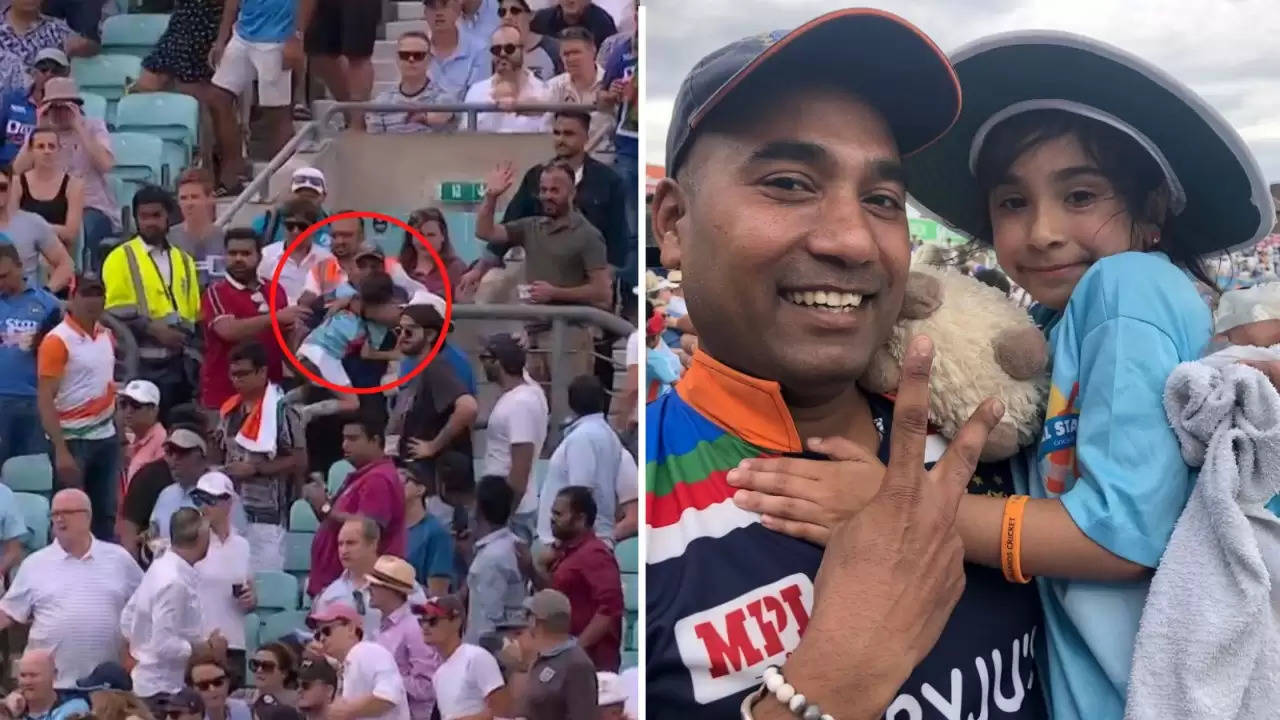 The incident happened in the fifth over of the Indian run-chase at The Oval in the ODI series opener.

A six by Indian skipper Rohit Sharma during the ODI series opener against England on Tuesday (July 12) ended up hurting a little girl in the stands at The Oval.

As Rohit pulled left-arm spinner David Willey for a six over the deep square-leg region, the ball sailed over the boundary hoardings and went for a six.

But while the Indian opener got his desired six, it proved a painful occurrence for the little girl watching the match with her family as the ball jammed onto her back and left her in excessive pain. In a clip seen on the broadcast and social media, the girl was seen crying while being held by her father in the arms as he tried to console the child.

England stalwart Joe Root was seen wearing a concerned look on his face for the girl and in a heartening gesture called on his team's physio to immediately go up to the kid and ensure she is alright.

Soon, in a moment of relief for Root and all else, the kid was seen "fine" to continue enjoying the game.

Joe Root gets England physio to check on a hurt kid

The incident happened at the halfway mark of the fifth over in the Indian run-chase. Facing a short ball from Willey, Rohit shuffled at the crease and unveiled his famous hook shot for a six that kept sailing into the stand past the boundary hoardings in the deep square leg region.

Present there was a six-year-old kid watching the match with her father. She received the ball on her back while taking evasive action to try and save herself from the blow off Rohit's bat.

Catching a glimpse of the same, Joe Root was seen worried for the little girl and looked in England physio's direction to ensure she gets immediate medical treatment.

Watch: Umesh Yadav castles the stumps with a cracking delivery to take maiden wicket for Middlesex

As revealed over social media, the girl's name is 'Meera Salvi' and she is "fine" after earlier receiving the hit from Rohit's bat on his back.