Watch: Umesh Yadav castles the stumps with a cracking delivery to take maiden wicket for Middlesex

The Indian right-arm seamer delivered a proper inswinging peach to earn his first breakthrough for the club.
By Kashish Chadha Tue, 12 Jul 2022 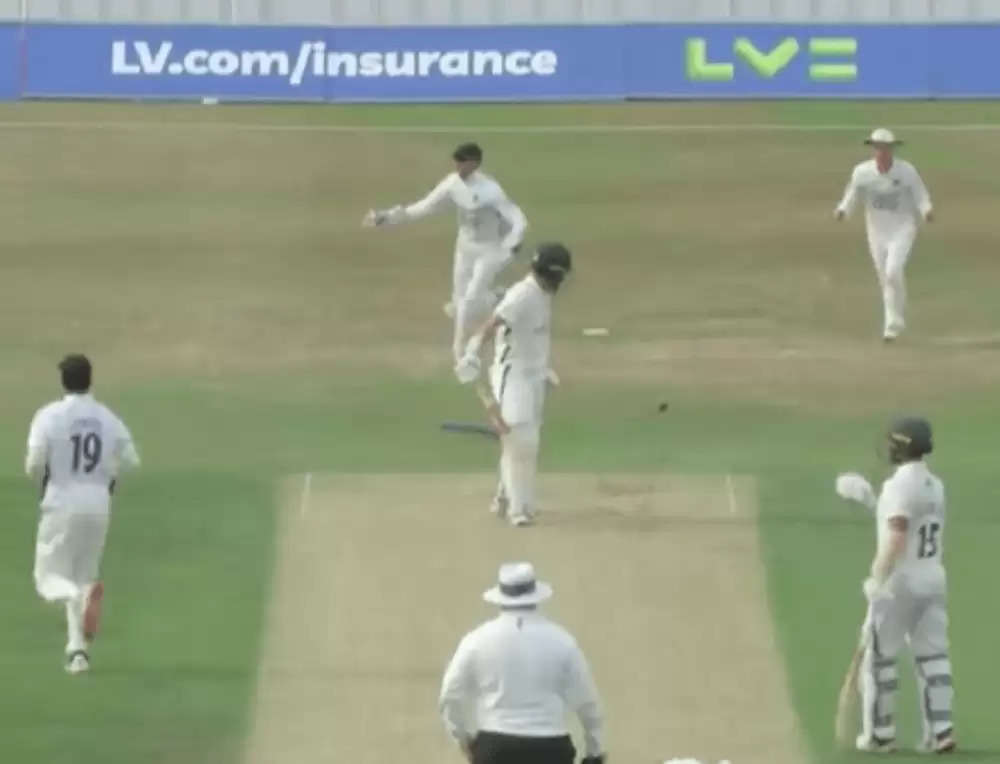 The experienced Indian seamer got rid of Worcestershire left-hander Taylor Cornall for his first wicket in Middlesex jersey.

Umesh Yadav got his Middlesex stint going with a perfect inswinger that shattered the stumps in the County Championship Division 2 game against Worcestershire.

The experienced Indian seamer got rid of opposition batter Taylor Cornall on Monday (July 11) for his first wicket in the Middlesex jersey.

Playing his first game for the club at Merchant Taylors' School Ground in Northwood, the right-arm pacer got the ball to tail in for another naturally beautiful inswinging peach that proved too good for the left-hander.

It was a moment that would've delighted Umesh Yadav as he strives to rejuvenate his playing career with a stint in county cricket after finding himself on the sidelines for India since the Test series in South Africa in January.

Bowling the 20th over of the Worcestershire first-innings, Umesh Yadav got Cornall committed to a fronfoot defensive prod in line with the stumps until the ball jagged in late and sneaked through the tiny gap between the left-hander's inside edge and his pad.

It was another dismissal where the batter perhaps understated how skiddy Umesh can be when he gets it to swing in the air viciously as one could see that Cornall was still on the move with his defensive push when the ball reached him.

That the ball then swung in so sharply made it even more difficult to play for the left-hander and triggered his downfall when he would've been setting his eyes for a long haul batting 11 off 39 before Umesh unleashed his wrath on him.

The smiling assassin delivered a proper peach to give Middlesex a critical breakthrough and himself a maiden wicket for the London-based club.

More of the same to come throughout the summer 💪#OneMiddlesex pic.twitter.com/1RwCYAem7x

More of the same to come throughout the summer 💪#OneMiddlesex pic.twitter.com/1RwCYAem7x

Umesh Yadav's county stint with Middlesex, featuring the rest of the Championship matches and the entirety of the Royal London One-Day Cup, was confirmed on Sunday (July 10) after clearance of an issue related to a visa delay for the Indian cricketer.

Replacing the club's previous overseas fast-bowling signing Shaheen Afridi, Umesh brings with him a wealth of experience to the Middlesex camp, having played 52 Tests, 75 ODIs and 7 T20Is for India.