Jonny Bairstow played a unique shot to get the boundary during the second T20I versus South Africa.
By Kashish Chadha Fri, 29 Jul 2022 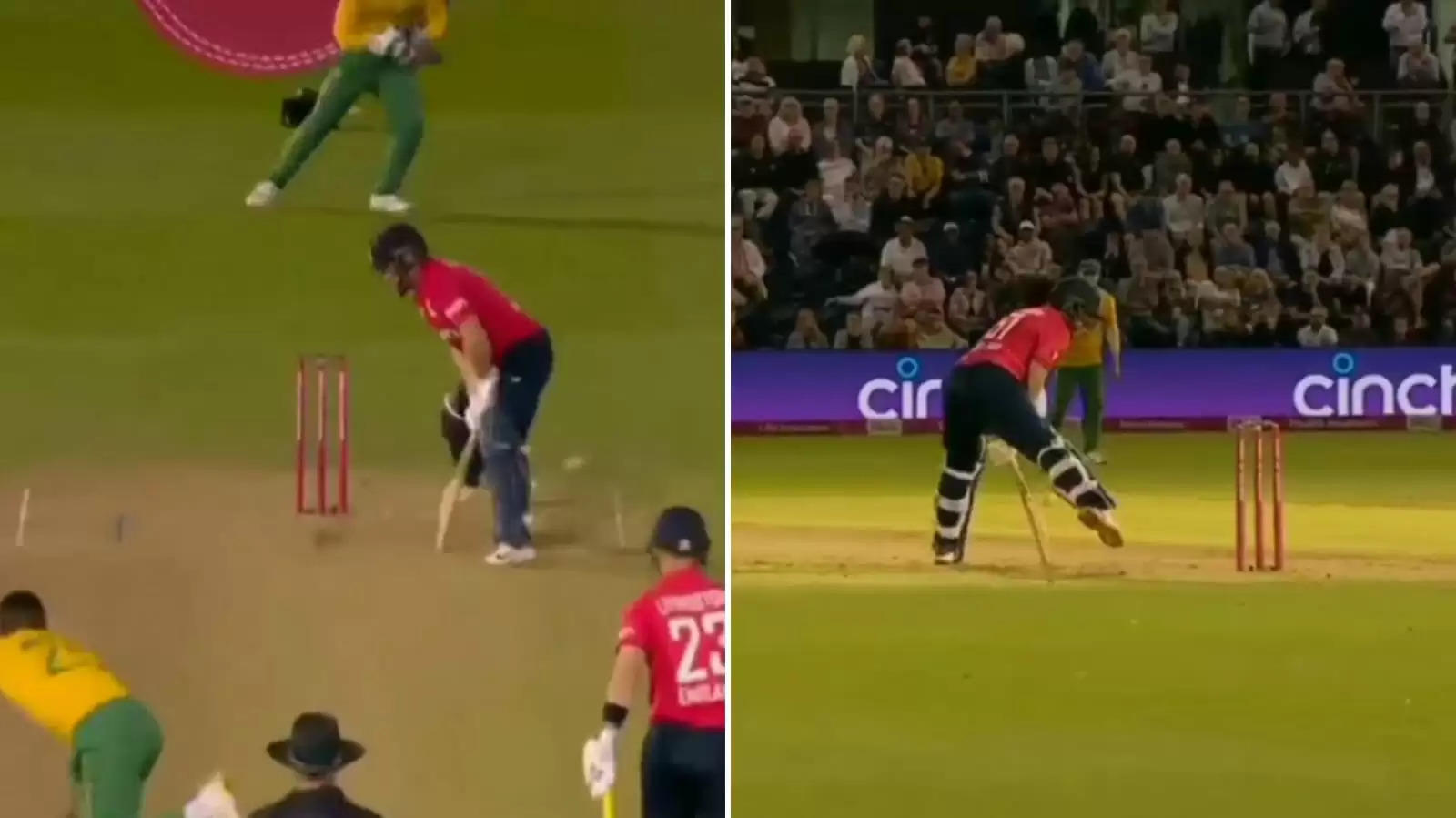 Jonny Bairstow found the most unique means to fetch the boundary against Kagiso Rabada.

Jonny Bairstow is now in such good form with the bat in hand that he is even nutmegging the fastest quicks of the world for boundaries.

The England batter did that against arguably the quickest speedster in the world - Kagiso Rabada - during the second T20I of the ongoing series on Thursday (July 28).

Facing a superb yorker from Rabada, Bairstow found himself in a major tangle but still managed to squeeze the ball in between his legs for a boundary behind square.

Shuffling across to the on-side to try and hit the ball through off, Jonny Bairstow had Rabada following him up with a perfectly executed yorker. But to the bowler's dismay, the batter still found an underedge on his bat and saw the ball rocket off the turf for a boundary through the deep fine-leg.

The incident is from the start of the 15th over in England's run-chase at the Sophia Gardens in Cardiff. Needing 88 runs from 36 balls, the three lions were in desperate search for fours and sixes and got off to a good start to the Rabada over when their in-form player Jonny Bairstow found the most interesting means to fetch the boundary.

Eyeing a shot through the off-side, Bairstow moved early across to his leg and had Rabada smartly following him while executing a yorker that perhaps no player in the world can get underneath and dispatch for a four.

Somehow, though, Bairstow got his bat down at the ball in an awkward angle and got an underedge that saw the yorker race along the turf far off the standing wicketkeeper and reach the deep fine-leg boundary for four runs.

The edge went straight between Bairstow's two legs, making it a hilarious occurrence for the commentators covering the game but one where the South African fielders and Rabada would not have believed their luck.

The South Africans had the last laugh in the larger scheme of things, however, as they went on to dismiss Jonny Bairstow for 21-ball 30 and won the game by a massive margin of 58 runs.