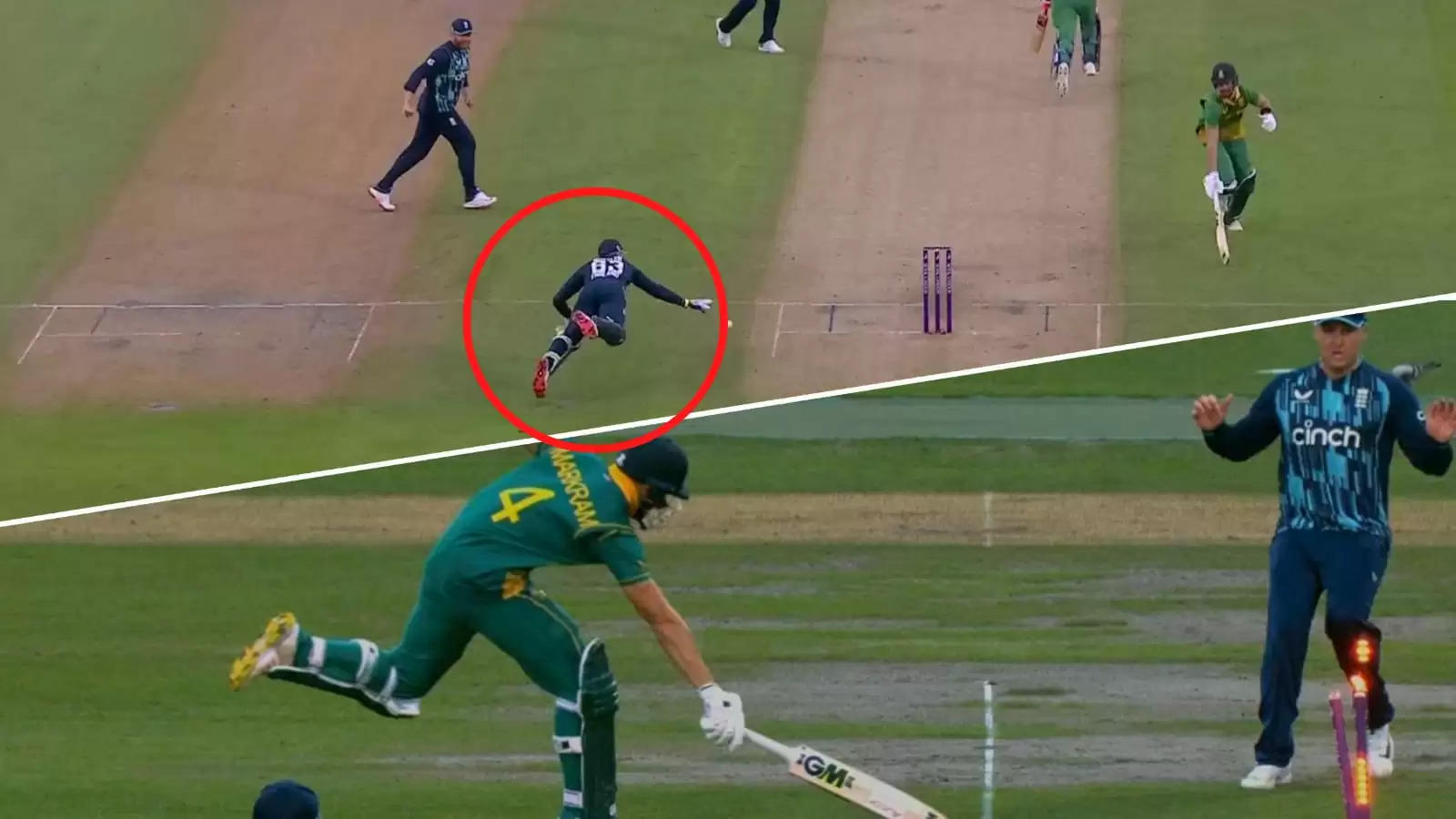 A flying Jos Buttler executed a perfect run-out for his team in the second one-dayer versus South Africa.

England skipper Jos Buttler unveiled a special piece of wicketkeeping to earn his team an important breakthrough in the penultimate game of the ongoing ODI series against South Africa on Friday (July 22).

Sprinting towards the ball, Buttler dived and made a valiant throw at the stumps to get South Africa's key player Aiden Markram run out without him facing a delivery.

The keeper helped the Proteas get rid of the big fish and reduce the tourists to a disastrous 6 for 4 chasing a massive 202-run target in a rain-marred 29-overs per side encounter in Manchester.

Not given enough credit for his wicketkeeping skills, Jos Buttler produced a spectacular run-out which would be etched in the memories of those watching the second one-dayer of the three-match series.

The run-out was witnessed near the close of the fourth over during the South African run-chase. Facing left-arm quick David Willey, Heinrich Klassen nudged a delivery down leg side for a quick single. Convinced of his partner's judgement, Markram went across for the run and would've made it to the batting crease as well if not for an exceptional fielding act from Jos Buttler.

Despite the strenuous nature of the task at hand, Buttler perfectly executed the dismissal, finding Markram just short of his ground at the batting end. It was a blow that South Africa never recovered from.

Jos Buttler's run-out of Markram proved to be the final nail in the coffin for South Africa's fight in a difficult run-chase at Old Trafford, as the visitors found themselves in an irrevocable spot at 6 for 4 and were eventually bundled out for just 83.

The victory by 119 runs allowed England to stage an inspiring comeback in the series after a defeat in the opening one-dayer as they levelled up 1-1 in the three-match rubber.