Mumbai Indians duo Kieron Pollard and Rohit Sharma were left visibly angry over an on-field call made by umpire Sadashiv Iyer.
By Kashish Chadha Tue, 10 May 2022 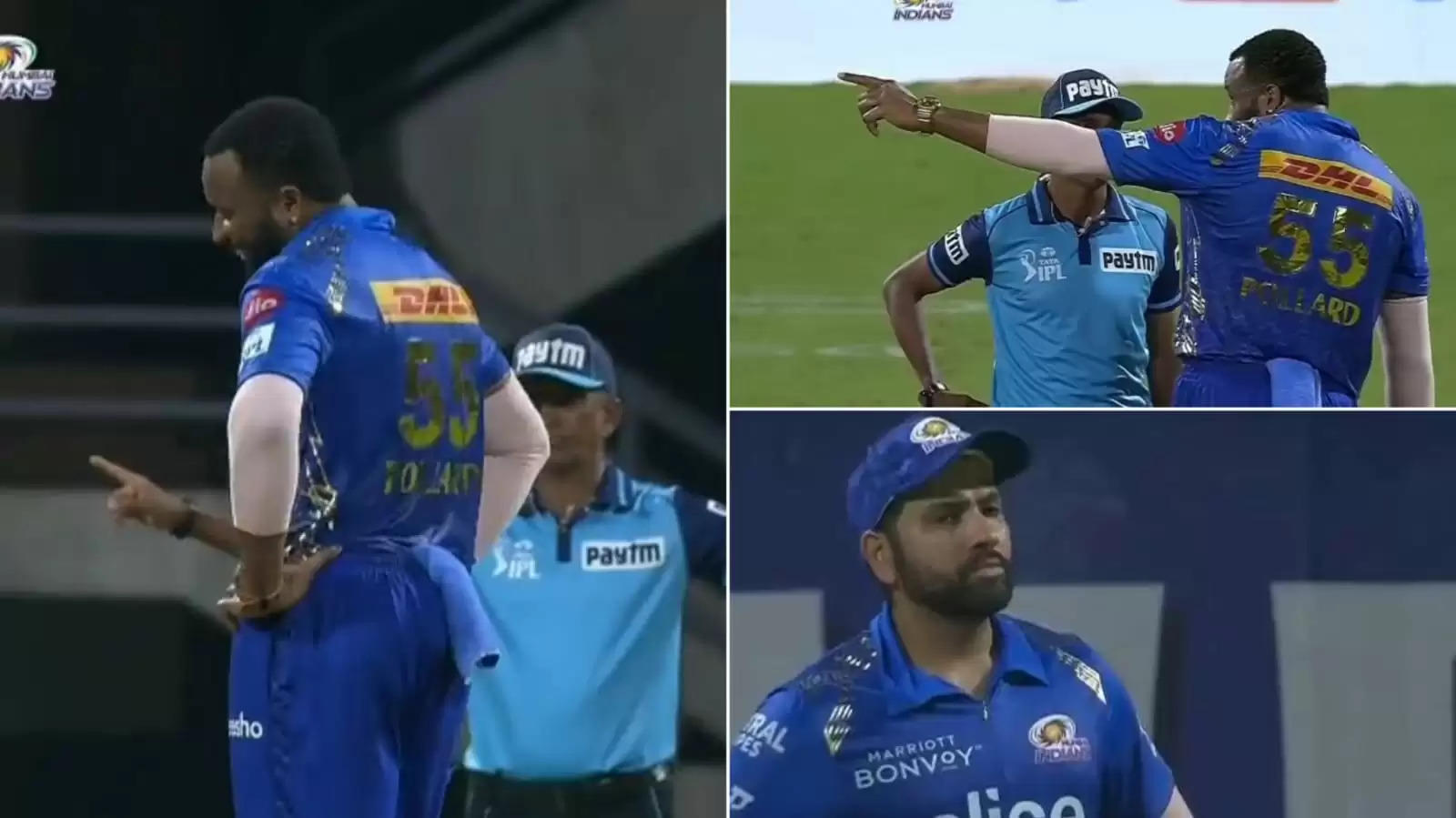 Even as Nitish Rana moved well outside the off-stump, Kieron Pollard was called for a wide by the standing umpire.

Sadashiv decided to call a wide outside the off-stump even as Pollard only adjusted his line in response to an attempted cut shot by Kolkata Knight Riders' (KKR) middle-order batter Nitish Rana.

Rana was involved in another controversial wide call. The batter initially went for another ramp shot down leg from outside the off-stump but had to change his stroke and go for a missed cut shot, with Pollard shrewdly adjusting his line and taking the pace off the ball.

But despite the MI allrounder clearly only responding to the way Rana was shaping up for his stroke, he was called out for a wide outside the off-stump by the standing umpire, leaving the bowler and skipper Sharma highly upset.

The incident happened in the back half of the 13th over in KKR's first-innings. Seeing Rana shape up to play another scoop down the fine-leg region, Kieron Pollard seamlessly adjusted his line to well outside the off-stump, denying the batter any space to go through with his initial stroke.

And even though Rana reshaped according to the change in the ball's line and went for a cut through the backward point region, he was done in by the lack of pace on Pollard's delivery and ended up missing it.

At that point, it looked like a dot ball. But, much to the shock and disbelief of Rohit and Pollard, umpire Sadashiv gestured wide because the ball went past the tramp line, perhaps not recognising the fact that Rana had moved so far outside the off-stump.

The ball went from underneath the left-hander's willow, making Sadashiv's wide call even more questionable and once again raising doubts whether umpires are being considerate of the bowler's reaction to the batter's movements at the crease in their decision-making for such wides.