Mahipal Lomror survives a caught dismissal after a strange cable wiring made contact with the ball.
By Kashish Chadha Sat, 30 Apr 2022 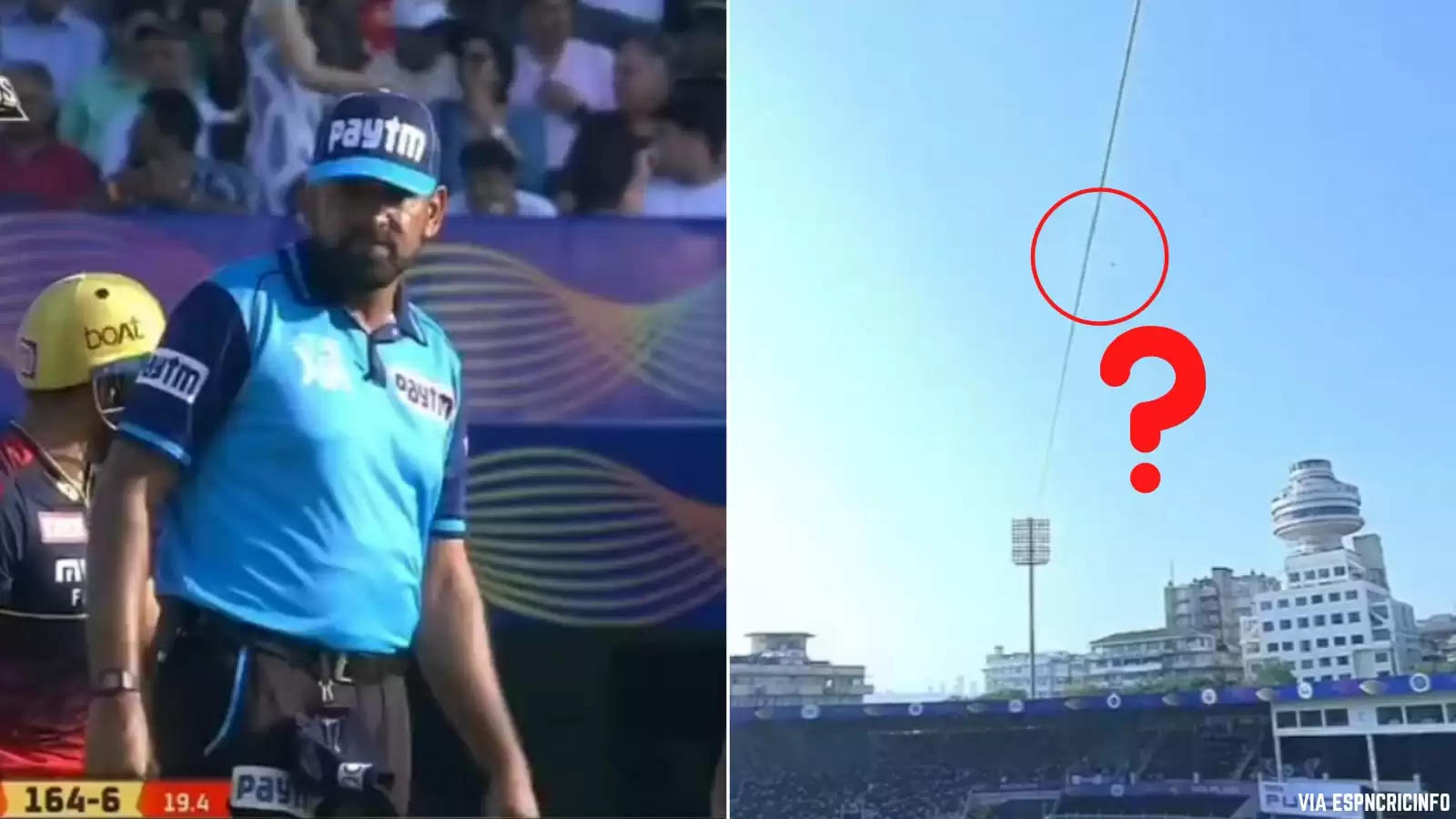 Mahipal Lomror got saved by the satellite wiring on a straightforward caught instance at the long-on region.

Making his IPL comeback, Mahipal Lomror found himself in the midst of a bizarre piece of action against the Gujarat Titans (GT) on Saturday (April 30) afternoon.

The Royal Challengers Bangalore (RCB) left-hander got a reprieve despite a straightforward catch in the deep, as the ball made contact with the cable wire present at the stadium.

On the look out for fours and sixes in the closing stages of RCB's first-innings, Lomror smashed Titans pacer Alzarri Joseph straight down long-on fielder David Miller's throat.

But the caught dismissal wasn't upheld immediately, with Mahipal Lomror seen raising some issue with the two standing umpires. The issue, as it turned out, was about the ball contacting a cable wire that came in the way of the ball before finding Miller's hands.

Mahipal Lomror gets saved by the cable wire

The standing officials decided to go through close replays of the ball as it sailed in the air. While nothing conclusive seems to be coming out of it initially, a cable wire connecting the two stands at the old Brabourne Stadium was peerlessly close to the ball.

Eventually, the officiating umpires agreed that the ball indeed made contact with the cable wire, which resulted in the rarest of rare forms of reprieves for Lomror as the delivery from Joseph got termed a dead-ball.

Interestingly, it wasn't the spidercam and its cable wiring that came in contact with the ball but the satellite wire adjoining the two stands, used for broadcasting and streaming services for IPL games.

This came to light via a discussion from the commentary box between Sunil Gavaskar and Harsha Bhogle. The duo highlighted it isn't the spidercam wire that has come in contact with the ball, which was being thought because of the initial replays, the ball instead touched the satellite wiring.

"I don't think that is the spidercam cable," said Bhogle on air, as the umpire called the delivery a dead-ball, allowing Mahipal Lomror to continue his innings.

Gavaskar then pointed out, "It is the cables (present) for the satellite connections.. that is the only explanation. If it is not the spidercam cable, it can't be any other cable (apart from the satellite wiring)."