MS Dhoni let go of a rare catching opportunity off the bowling of left-arm spinner Ravindra Jadeja.
By Kashish Chadha Sun, 1 May 2022 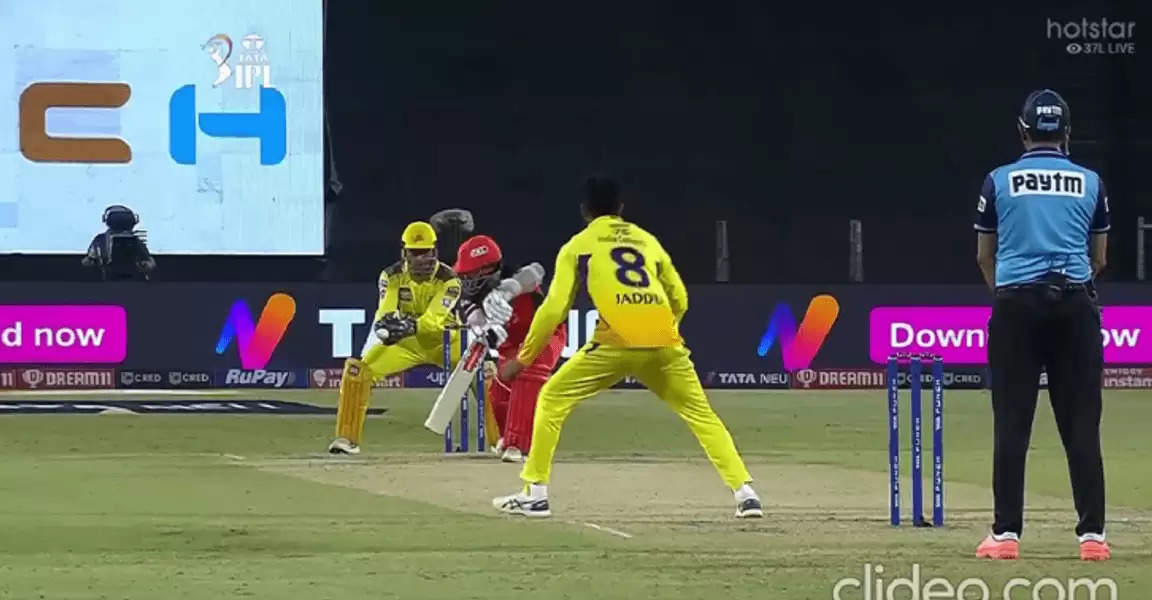 Rarest of rare drops from MS Dhoni gave Kane Williamson a let off in the SRH-CSK IPL 2022 game against Ravindra Jadeja.

On his return to captaincy for Chennai Super Kings (CSK), MS Dhoni made a rare error with the gloves to provide Kane Williamson a reprieve in the IPL 2022 league stage encounter on Sunday (May 1).

Williamson got the splice off his bat on a delivery by left-arm spinner Ravindra Jadeja which Dhoni failed to cling onto. It was a straightforward chance by Dhoni's great standards. Thus, the usually unruffled keeper wore a look of disappointment on his face after the drop catch.

The game situation would've added to the cricketer's frustration with himself, as the reprieve allowed Williamson to continue batting when a catch would've reduced SRH to a 58/3 in the seventh over chasing CSK's daunting 202/2 made in the first half.

The drop wouldn't have warmed the heart for Jadeja surely. Going through a difficult few days, the left-arm spinner resigned from his captaincy post after just eight games for CSK and now had a catch dropped off his bowling by a pair of safest hands in the world.

Jadeja nearly had his man after working over a strong plan against New Zealand great Williamson. Drawing the batter forward to the off-stump, Jadeja induced a feather off the right-hander's willow while he leaned across for an attempted push, only for the ever dependable MS Dhoni to shelve the catching opportunity.

Dhoni was perhaps a split second late in reacting to the catch, having to adjust his focus behind Williamson's back and his moving willow, and that meant next to no time for him to make any late adjustments after his initial error.

Considered the safest glover in the world still, MS Dhoni would've been livid with himself for letting go the opportunity to send Williamson back and put a dent on SRH's progress.

What didn't help the legendary wicketkeeper is the fact the ball collided with the outer part of his right-hand glove rather than coming in straight into his grasp. That, as well as the slightly late reaction from Dhoni, denied Jadeja a breakthrough and gave Williamson the let-off he wouldn't have expected.