Watch: MS Dhoni mobbed on the streets in London by fans

MS Dhoni is in England for a holiday to watch India's white-ball series against England.
By Kashish Chadha Sat, 16 Jul 2022 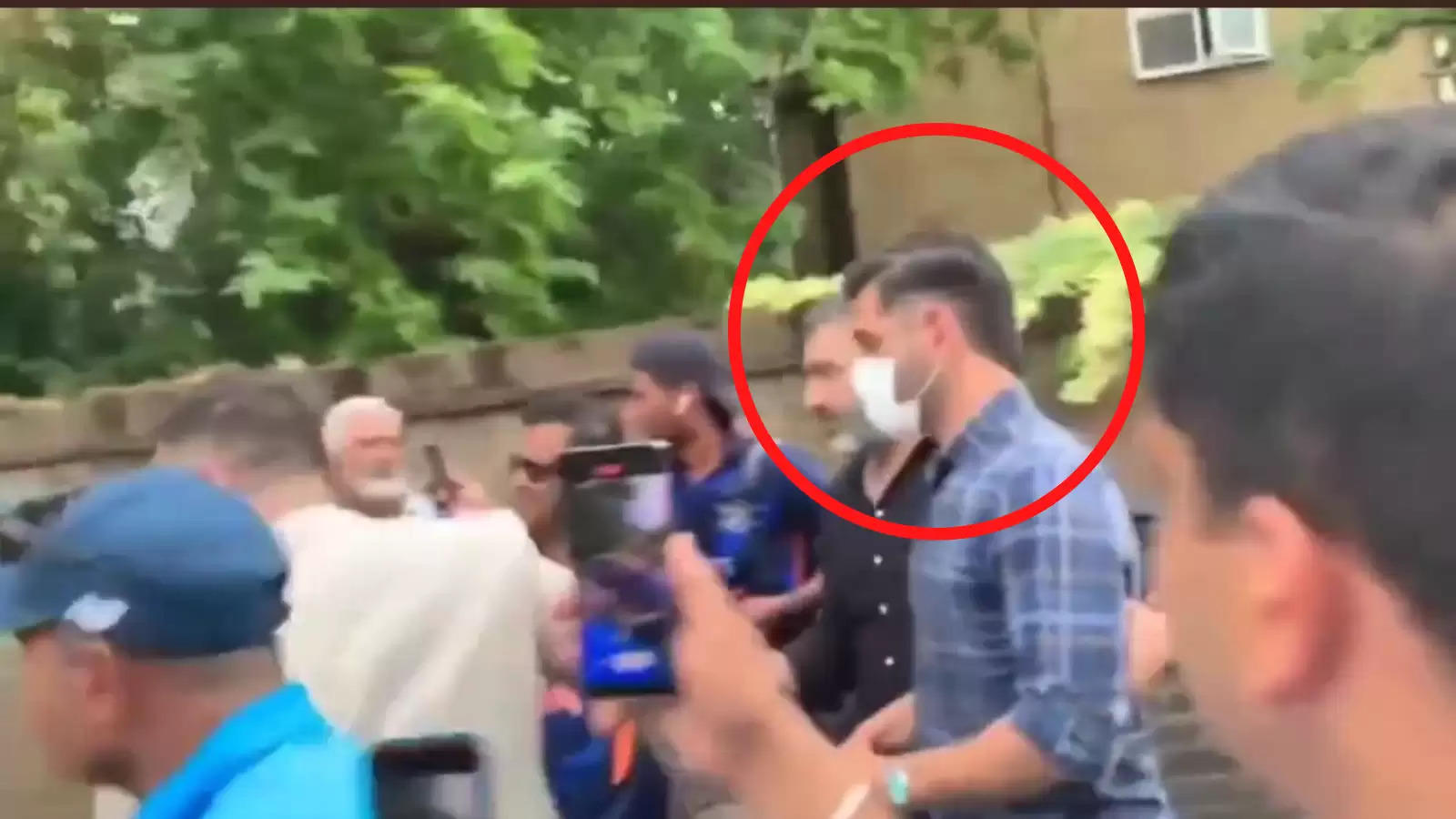 MS Dhoni was seen in London at the sidelines of India's first ODI against England at The Oval.

He may have retired from international cricket but MS Dhoni continues to bat for India. The legendary former India skipper is currently in England watching the Indian team play the hosts in the three-match ODI series.

Dhoni was seen at Lord's for the penultimate game of the rubber on Thursday (July 14), relishing the contest between two world cricket powerhouses alongside former India teammate and friend, Suresh Raina.

A clip from the great wicketkeeper-batter's visit to London is doing the rounds on Twitter where he is moving around the streets while his bodyguards try to protect him from the group of fans hoping to catch his glimpse.

By the looks of things, this clip is from the sidelines of India's first ODI against England at The Oval, which the visitors won. As Dhoni tried to enter the stadium, a host of fans circled around him while he tried to evade them and move in a straight line with a pair of bodyguards keeping a check on his security.

Ensuring Covid security, MS Dhoni was seen wearing a white mask on his way to the stadium. But his passionate fans recognised the cricketer and tried to get as close to him as possible, hoping to click his best pictures and videos as a memory to savour, taking selfies to boast of.

Dhoni, however, was mindful of the security threat and kept moving in one alignment towards the entry gates at The Oval, with his bodyguards ensuring no unknown person could make contact with the legendary figure.

. @MSDhoni in the streets of london 🔥🔥pic.twitter.com/aLEurgsClH

Despite retiring two years back, MS Dhoni's mass appeal remains untouched as one of the biggest names in world cricket continues to relish an incredibly huge fanbase that is relevant at home and overseas. The incident at The Oval was just a tiny example of the same.

Watch: Shaheen Afridi cleans up Dimuth Karunaratne with the new ball in Galle

The Only Indian captain with all three major ICC trophies under his belt, MS Dhoni played 90 Tests, 350 ODIs and 98 T20Is in his illustrious international career. Dhoni remains active in the IPL where he leads four-time champions Chennai Super Kings (CSK).