Watch: Shaheen Afridi cleans up Dimuth Karunaratne with the new ball in Galle

Shaheen Afridi got rid of Sri Lanka's veteran opening batter with an inswinger in the first Test.
By Kashish Chadha Sat, 16 Jul 2022 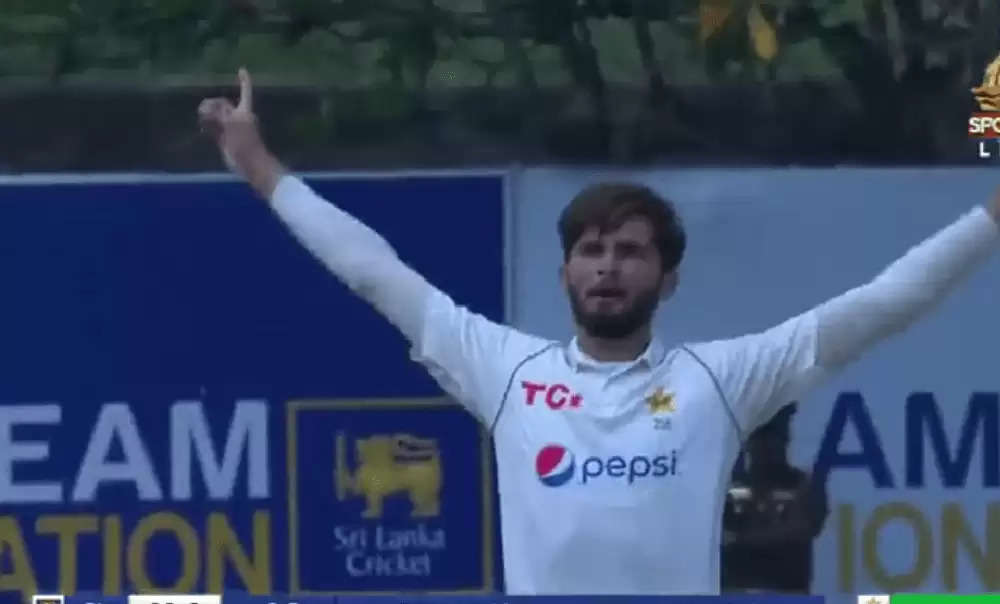 Drawing Karunaratne outside off, Shaheen Afridi had him inside edging one onto the stumps.

It didn't take long for Shaheen Afridi to make his presence felt in the Sri Lanka-Pakistan Test series. The visiting left-arm quick led the first blow against the opposition on Day 1 of the opening Test in Galle, getting rid of the hosts' veteran opener Dimuth Karunaratne.

Afridi had Karunaratne out bowled off a terrific inswinging ball near the start of the first Test, drawing first blood into the opposition camp. Having set the left-hander up with ones leaving him outside off, the Pakistan quick got Karunaratne to play down the wrong line and induced an inside edge that got back onto the stumps.

Shaheen Afridi's famous wrist-snap came in handy as he got the ball to swivel into the left-hander from over-the-wicket angle for the left-arm quick and had him playing a delivery that he perhaps should've left.

The angle at which Karunaratne tried to defend the delivery was ideal for him to leave it and survive at the crease. But having been drawn into the set-up, he couldn't help but tap his bat at an incorrect angle and find the inside edge that unfortunately for him didn't evade the stumps.

The wicket ball arrived near the close of the third over in the Sri Lankan first-innings on Saturday (July 16). Batting 1 off 6 at the time, Karunaratne was looking to get himself in. But he was up against Pakistan spearhead Shaheen Afridi, who set him up with multiple away swingers before bringing one back in just enough.

Having drawn Karunaratne further outside the off-stump, Afridi made sure he forced him to play at a line which he may have left. The batter went at the ball hoping to keep it out with a forward defensive prod. Instead, he had the ball hitting the splice off his willow onto the three sticks behind him.

The moment the wicket was taken, Shaheen Afridi unveiled his trademark hand-raised celebration while the rest of the Pakistan cricketers circled around him, with skipper Babar Azam giving him a tight hug and thanking him for providing his team with a great start to the series.