Obed McCoy bowled a shocking over, including a free-hit that stayed on for three successive deliveries.
By Kashish Chadha Sat, 23 Apr 2022 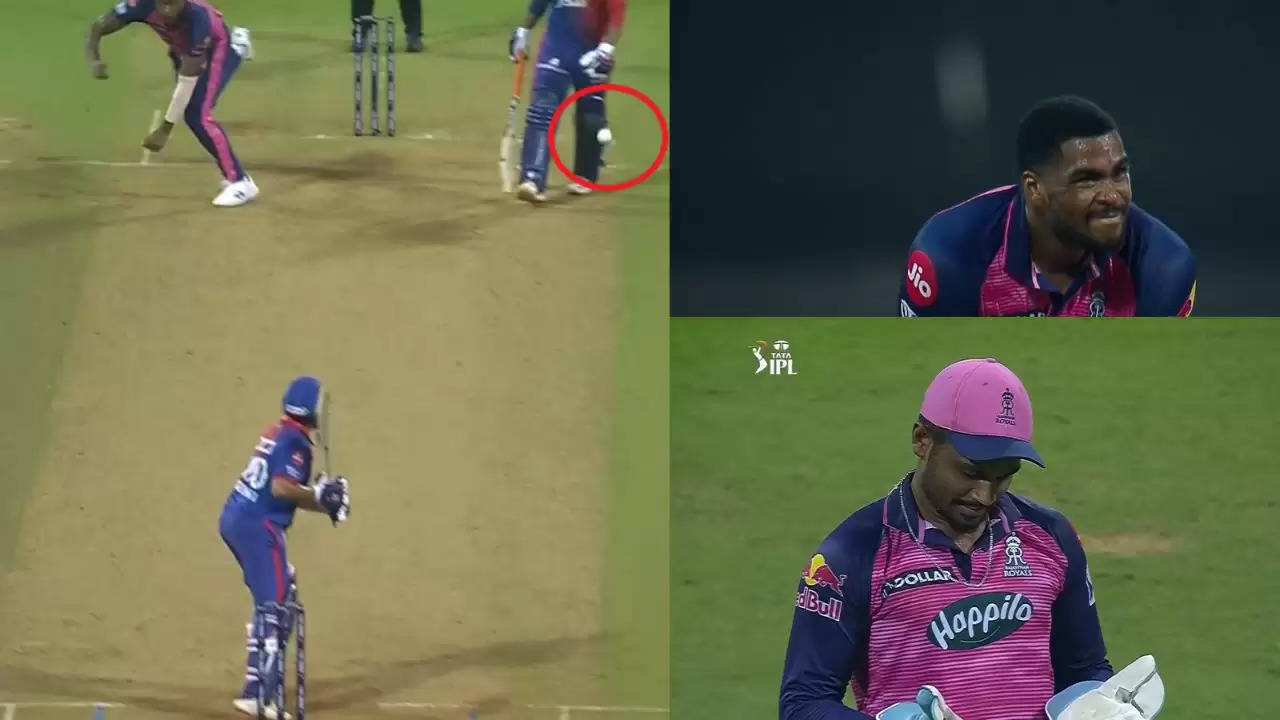 In a moment of horror execution, Obed McCoy's attempted slower ball went for 4 byes on a no-ball.

Obed McCoy, the Rajasthan Royals (RR) pacer, was called for a no-ball after a delivery of his landed way outside the pitch and went for 4 byes to add salt to injury for the West Indian in an IPL 2022 game on Friday (April 22).

The left-arm quick attempted a back of the hand slower ball against Delhi Capitals (DC) opening batter Prithvi Shaw. But the delivery was way off the mark and didn't even land on the playing turf on its way past the diving RR keeper Sanju Samson.

The ball went on to hit the deep-third fence and that gave DC 5 runs without the delivery being counted, with a free-hit to follow. It was a moment of shocking execution on the part of Obed McCoy, who is trying to solidify himself in an RR attack featuring R Ashwin, Yuzvendra Chahal and Trent Boult.

Watch: The drama in the final over of DC vs RR

The horrible no-ball was witnessed on the third ball of the 9th over in DC's run-chase. Under pressure to keep things tight, Obed McCoy tried a slower ball which did not even pitch on the square and raced away to the deep-third boundary.

As per cricket's law books, the ball landing outside the pitch is recorded as a no-ball, not a wide, which meant that not only McCoy gave away five runs on an illegal ball but also had to bowl a free-hit the next delivery.

Neither the diving Samson nor the running short-third fielder Chahal could save RR from conceding 4 byes on the no-ball as Obed McCoy got his attempted back of the hand slower ball woefully wrong in execution.

The bowler's pain and angst didn't end there, however, as he went on to bowl a wide for height against Shaw on the next ball, which meant that the free-hit persisted for the following delivery as well.

Shockingly, he bowled another wide down leg to give DC one more free-hit to unleash their big shot against.

The pattern of free-hits was finally over on the next ball when Shaw mistimed a low full toss for a single.

Ultimately, though, McCoy's over went for 26 runs which rejuvenated DC's innings in their run-chase of RR's daunting 222/2.