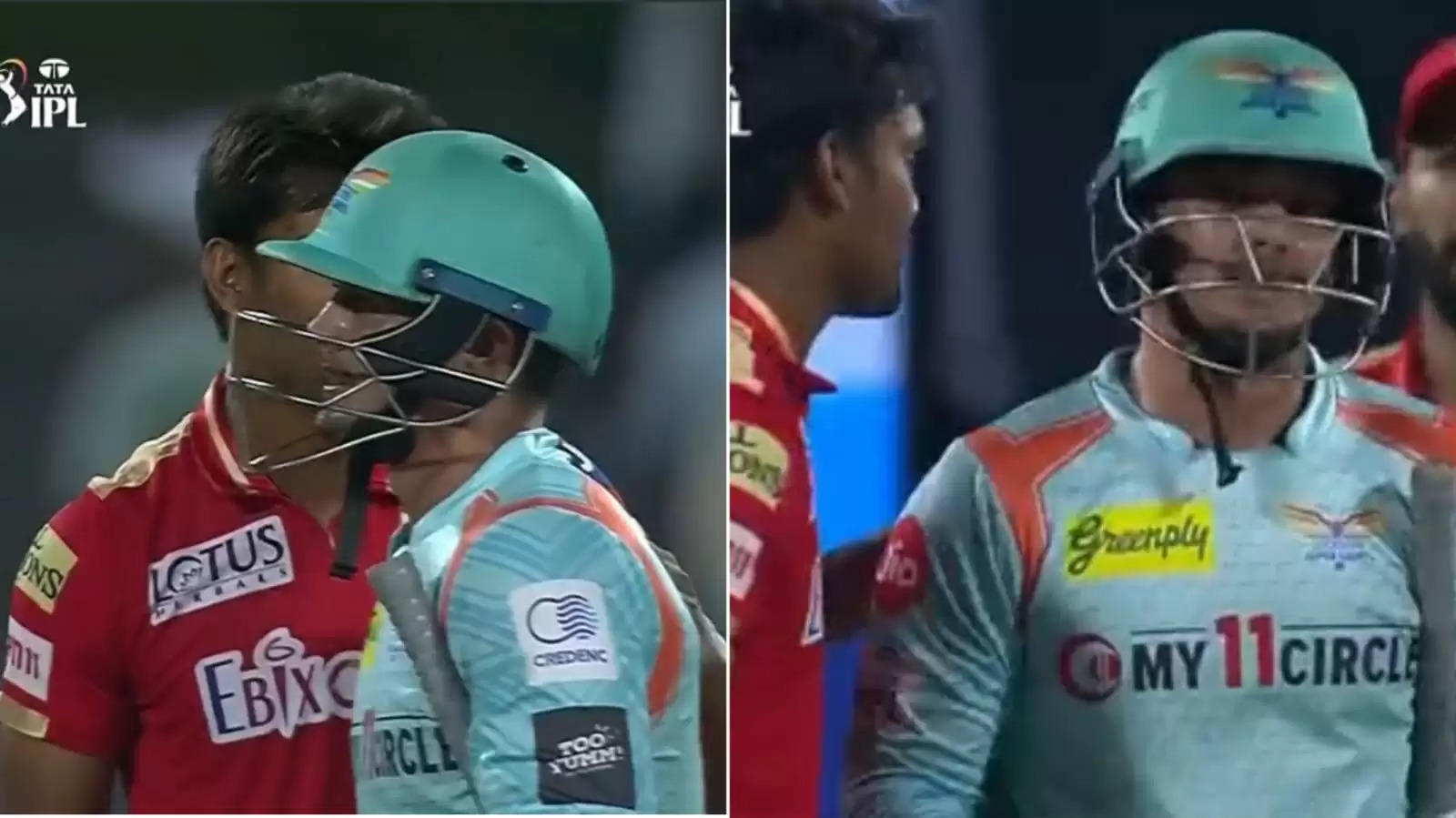 PBKS seamer Sandeep Sharma approved Quinton de Kock's honesty at the expense of his own wicket.

Lucknow Super Giants (LSG) opener Quinton de Kock decided to walk off after an inside edge and caught behind appeal from opposition Punjab Kings (PBKS) even as the standing umpire declared it not out. The South African left-hander showed admirable honesty and fair-play spirit in an IPL 2022 league-stage encounter on Friday (April 29).

Attempting a square cut against PBKS seamer Sandeep Sharma, De Kock ended up missing the ball. But since it was peerlessly close to the outside edge, wicketkeeper Jitesh Sharma started appealing for a caught behind.

With no woody sound heard in the real-time action, it felt Jitesh, Sandeep and the rest of PBKS fielding unit are only chancing their luck, especially as umpire Ulhas Gandhe stood there unmoved.

But to the surprise of those watching, and the relief of PBKS, they had their man moments later with Quinton de Kock opting to display all his honesty in deciding to walk off the ground. The batter admitted to have nicked the ball and made a decision for himself.

Sandeep Sharma pats honest Quinton de Kock on the back

The incident is from the back half of the 13th over in LSG's first-innings. Batting well set at 46 off 36 at the time, Quinton de Kock went for a big swing of the bat sighting a delivery wide outside off stump from Sandeep operating via the over-the-wicket angle for the right-arm seamer.

But rather than finding optimum connection, De Kock edged the ball on its way to Jitesh, a nick that only the keeper and the bowler were convinced about. With standing umpire Gandhe also not budging to their appeal, it seemed the moment has passed for a dismissal.

Just then, however, the LSG batter decided to take the course of correction into his own hands and began making a long walk back to the pavillion.

De Kock was praised for his honesty by Sandeep, who tapped the batter on his back and nodded in approval of his fair play. That would've pleased the left-hander, especially after feeling distraught to have missed what looked like a ball certain to find the backward point boundary.