The Indian skipper let his displeasure at Smith's review be known in his characteristically funny avatar.
By Kashish Chadha Wed, 21 Sep 2022 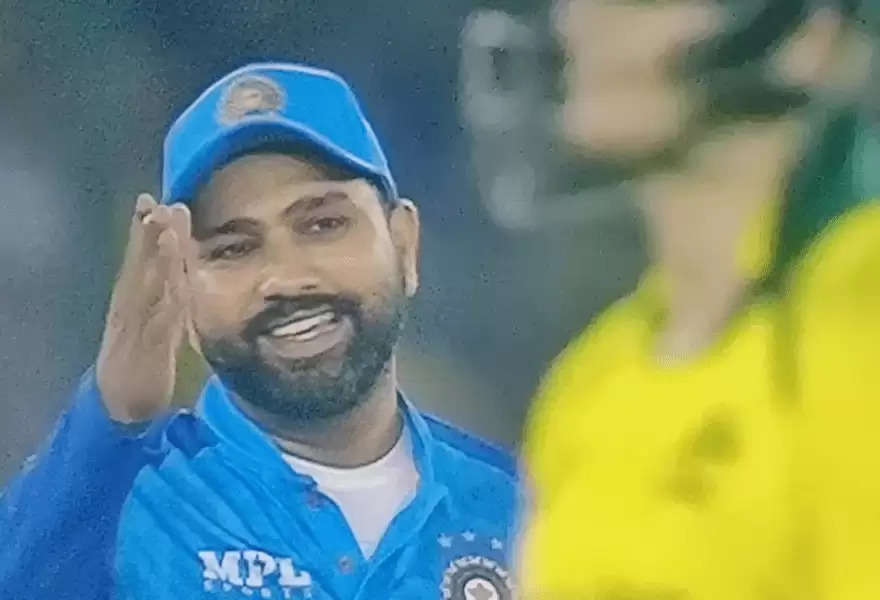 Rohit Sharma burst out laughing at Steve Smith for a bad review in the first T20I in Mohali against Australia.

Indian skipper Rohit Sharma couldn't help but laugh at Steve Smith after the Australian veteran took an unsuccessful review against a straightforward caught-behind dismissal in Mohali in the first T20I on Tuesday (September 20).

Smith went for the review despite clearly edging a wide yorker from pacer Umesh Yadav and was duly asked to walk off the ground by the standing umpires when the television official confirmed an outside edge that wicketkeeper Dinesh Karthik latched onto.

The moment the dismissal was confirmed on the giant screen and Smith started walking back to the dressing room, cameras rolled on Indian skipper Rohit Sharma, who was seen looking at the batter in surprise and coming up with a wry smile on his face.

Rohit looked at Smith in amusement, thinking how could he go for the review on that one when he had clearly nicked the ball and would've felt it himself on the bat.

The incident is from the halfway mark of the 12th over in the Australian run-chase in Mohali. Aiming to maximise Umesh's comeback spell, Smith hit the erratic right-arm seamer for a paddle sweep for six and a four through the point region.

On the third ball of the over, he went for an interesting push towards deep-third region off a wide yorker, only to edge the ball to Karthik.

The Indian team went for a huge appeal, which was rewarded with a finger raised by the standing umpire. But Smith curiously still went for a review, forcing the umpire to send the matter upstairs for proper verification. The batter had no respite from the television official, who confirmed he had edged the ball and was out.

But Smith reviewing didn't please Rohit Sharma, who in his own way let the batter know of his disapproval about the DRS intervention and time wasting.

Rohit raised his hand in Smith's direction and burst out laughing about the review he took, when he knew he is out. Rohit didn't look angry at Smith, but confirmed he wasn't so amused by the review that the batter had taken.