The comeback man has repeatedly erred behind the stumps during the first Test against New Zealand in Karachi.
By Kashish Chadha Thu, 29 Dec 2022 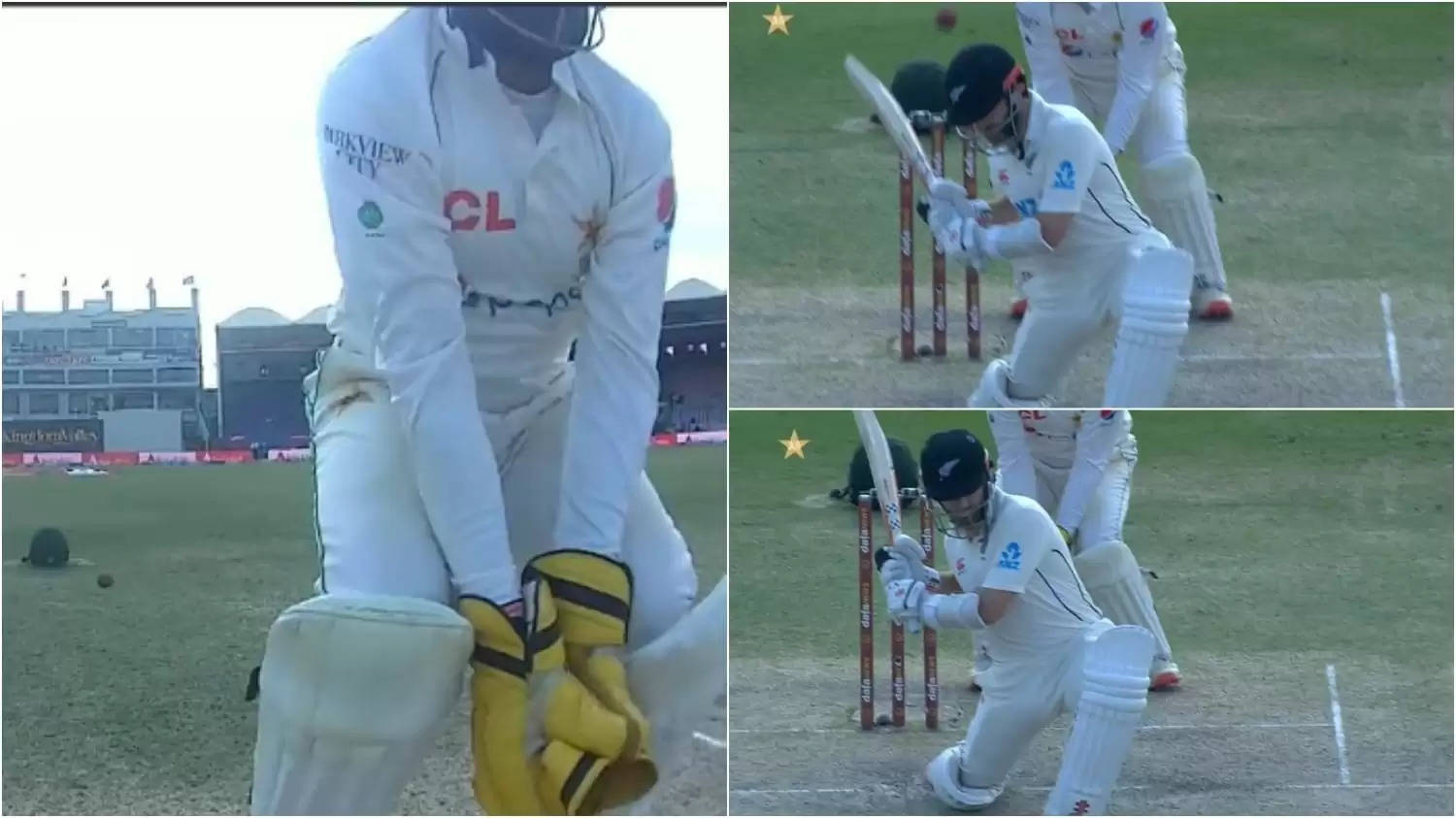 Comeback man Sarfaraz Ahmed's Boxing Day Test in Karachi has been a mixed bag. The former Pakistan skipper produced a critical knock of 86 in the first-innings of the Test match but has been repeatedly guilty of faltering behind the stumps.

In one such error during the initial hours of Day 4 of a slow-paced Test match, Sarfaraz let one go down the leg-side and ended up conceding a five-run penalty for his team, with the ball from left-arm spinner Nauman Ali turning sharply and hitting the helmet positioned at the back.

With that being a cause of penalty to the bowling side in the sport's laws, standing umpire Aleem Dar awarded five extra runs to New Zealand even as their skipper and great batter Kane Williamson had made no attempt to play the ball.

Handling the line way outside the leg-stump, Williamson simply planted his front pad towards the ball. But the ball turned and skid through off the rough, missing Sarfaraz Ahmed's gloves to hit the helmet at the back before the ball rolled towards the boundary.

This wasn't the first instance of Sarfaraz Ahmed failing to pounce on the ball in the first Test, of course.

The wicketkeeper was guilty of not successfully executing a stumping chance of centurion Williamson on Day 3 of the fixture. He also missed a thick-edge of tailender Ish Sodhi, which could've been caught but he messed up the opportunity.

"We have to stop for a concussion protocol?" 🤔

For those who remember, keeping was one of the aspects of Sarfaraz Ahmed's game that was widely criticised before he was dropped from the captaincy helm and ultimately sacked from the playing XI back in October 2019.

It was then, on the tour of Australia, that Mohammad Rizwan had replaced the experienced cricketer and proven to be an upgrade on him with the bat and the gloves over the next four years.

That, until a dip in form forced the selectors to drop him and bring Sarfaraz back into the line-up in the aftermath of Pakistan's embarrassing 3-0 series loss to England.