Shreyas Iyer indulged in a unique form of wicket celebrations during the opening one-dayer against the West Indies.
By Kashish Chadha Sat, 23 Jul 2022 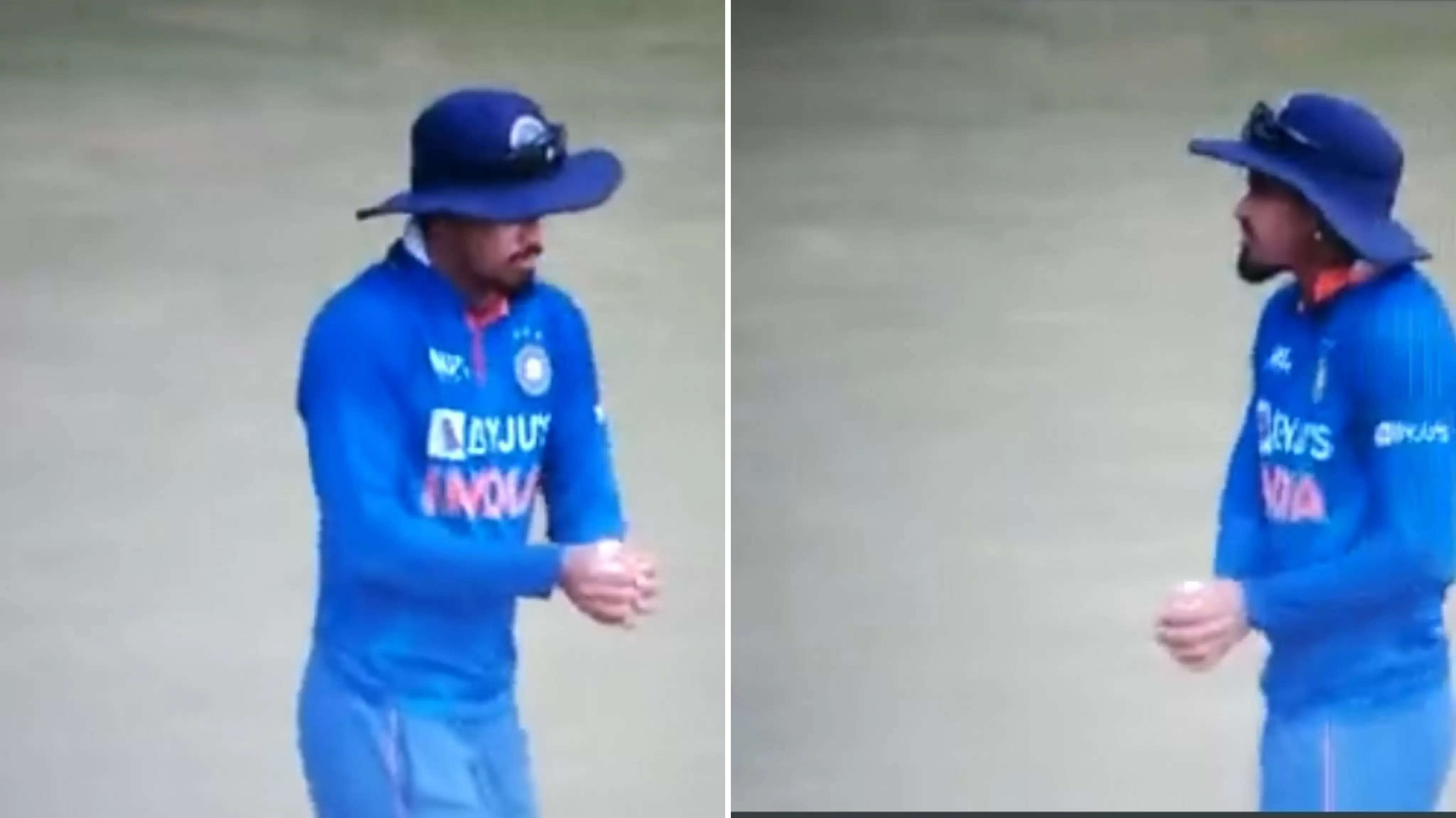 One of the more stylish Indian cricketers on the field, Shreyas Iyer unveiled his dancing skills after effecting a dismissal in the opening game of the ODI series against the West Indies on Friday (July 22).

Iyer took a comfortable catch to help dismiss the hosts' well-set batter Shamarh Brooks, before entering a unique dancing celebration to relish the breakthrough for his side.

Fielding at the deep square leg region, the Indian batter took an easy catch off a mistimed pull struck by Brooks against right-arm seamer Shardul Thakur.

The moment he grabbed hold of the ball, Shreyas Iyer started walking in an interesting manner towards the playing arena. He then turned his back towards a section of fans sitting behind him and did a wave-like dancing celebration.

The breakthrough arrived near the close of the 24th over of the West Indies' run-chase. Facing Thakur's short ball, Brooks attempted a pull shot that he aimed for the square leg boundary. But the right-hander got a miscue on his stroke and could only dispatch the ball into the hands of the waiting Shreyas Iyer.

Iyer comfortably got hold of the ball to trigger a sense of despair on the face of Brooks and frustration in the West Indies camp as they went about trying to overhaul India's massive 308/7. The hosts were going well at 133 for 1 when they lost their second wicket due to an ill-executed shot from Brooks, batting 46 at the time.

The feelings were of complete contrast within the Indian camp, especially on the face of Iyer, who did an interesting walk before turning towards the pavillion and indulging in a wave to complete his unique dancing celebration.

The high-scoring thriller at Port of Spain ended with an Indian win by three runs. The fixture was a personally fruitful one for Shreyas Iyer, who contributed a knock of 54 off 57 batting at No.3 and shared a wonderful partnership with stand-in India skipper Shikhar Dhawan in the first half.