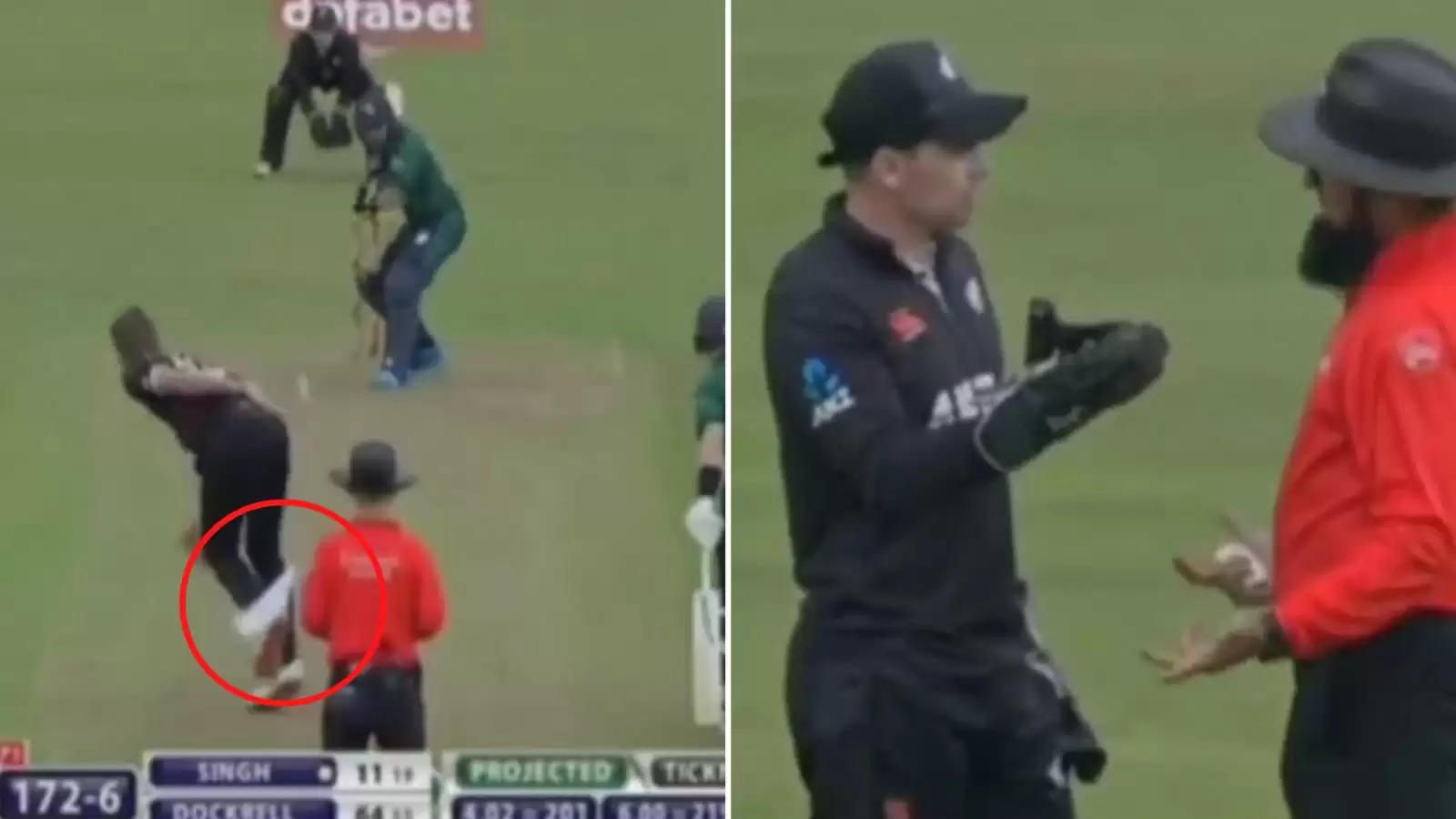 The incident saw a caught behind dismissal of Simi Singh not upheld officially because of a towell fall.

The second ODI between Ireland and New Zealand in Dublin on Tuesday (July 12) saw a bizarre change in the on-field decision made by the umpire, allowing home team batter Simi Singh to continue his innings despite a clear case of caught behind.

Even as Kiwi seamer Blair Tickner got Singh nicking a delivery behind the stumps to be taken safely by stand-in New Zealand skipper Tom Latham, Singh survived the dismissal and was allowed to resume his innings in strange circumstances.

This unusual incident took place due to a wardrobe malfunctioning at Ticker's end as the pacer had a towel stuck behind his back falling off at exactly the time Singh reacted to a delivery from the right-arm seamer.

Yes, when Singh should've been made to do the long walk back to the pavillion, he could resume his innings because of a towel that fell off Blair Tickner's trousers.

The incident happened near the close of the 43rd over in the Irish first-innings batting effort. Coming in from over-the-wicket angle against the right-hander, Blair Tickner got one to move away from wider of the crease, getting Singh to attempt a swipe at it.

But the batter could only edge the ball through to a diving Latham, who took a highly impressive catch for someone known more for his batting abilities than glovework. Latham dived to take the catch inches off the turf and followed that with an appeal, which resulted in the on-field umpire Paul Reynolds raising his finger.

Also Read - 'Husband on field, wife off it' - Fans react to Bumrah-Sanjana pair destroying England at The Oval

Soon, however, Reynolds in discussion with fellow on-field official Aleem Dar recalled Singh to the playing arena and reversed his original decision, much to the shock and disbelief for Latham and company.

The skipper had a lengthy discussion with the two umpires, who tried to communicate to him why the original call is being revoked.

When Latham would've learnt of the effect of the towel fall from Blair Tickner, he would've felt aggrieved from inside since it was visible that Singh's vision had not been disturbed by that at all.

Yet, the delivery that got him out was considered a dead ball in the official account, leaving New Zealand at pains to see the rigidity of the rules implemented.