Tristan Stubbs took a magnificient catch in the series deciding T20I against England in Southampton.
By Kashish Chadha Mon, 1 Aug 2022 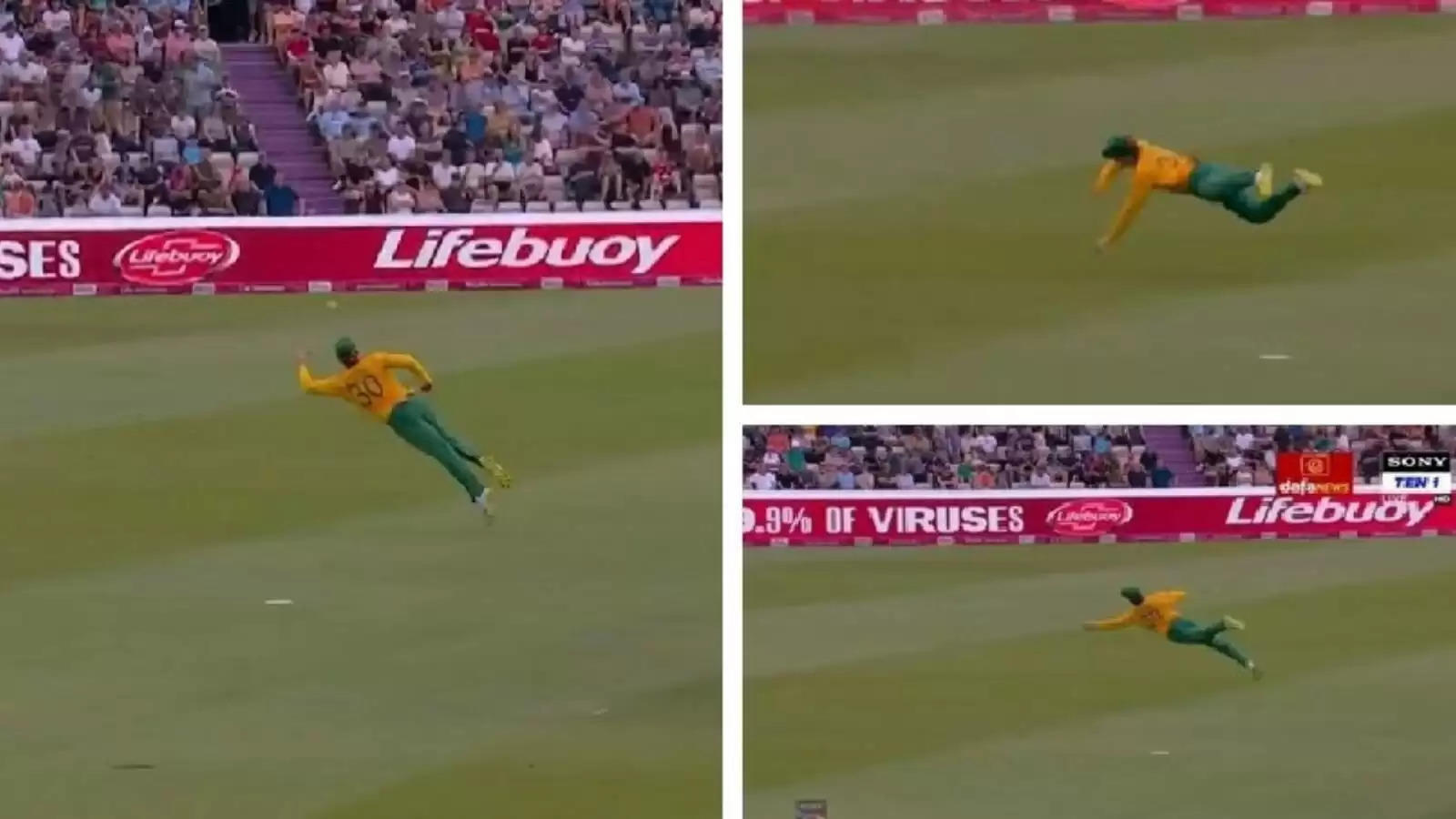 The young cricketer combined his valiant dive with a one-handed special to trigger Ali's downfall.

South Africa's promising young batter Tristan Stubbs showcased his brilliance in the field on Sunday (July 31), taking an absolute stunner of a catch to help dismiss England allrounder Moeen Ali in the third and final T20I of the series.

Stubbs played his part in Proteas' win in the decider via a magnificent fielding effort that saw him dive full stretch to his side and take a one-handed screamer that was flying away from him.

Placed slightly wide from the normal short mid-wicket position, the youngster made remarkable ground to grab hold of a top-edge that flew off the bat of Moeen, who was trying to hit part-timer Aiden Markram towards long-off.

Tristan Stubbs took only a couple of steps from his original position, made a valiant dive with the ball almost going past him in the frame and managed to complete the catch with his left hand in one of the best fielding acts you will see.

The special piece of catching was witnessed near the close of the 10th over in England's second-innings batting effort. Needing another 133 runs from 61 deliveries in what was shaping to be a hopeless run-chase, Ali tried to take down Markram for a few boundaries.

The ball from the part-time off-spinner gripped on the surface ever so slightly but enough to evade his downswing and induce a top-edge that flew to the left of Stubbs, placed wide from the usual short mid-wicket position.

Also Read - "He was like what?", Shankar Basu recalls conversation with "extraordinary gymnast" Rishabh Pant during Nidahas Trophy

The young cricketer, however, still covered the ground and took an excellent catch that had him diving to the ball in the nick of time and secure the dismissal for his side with a one-handed stunner.

One of the best catches you'll ever see 👏

One of the best catches you'll ever see 👏

The catch from Tristan Stubbs fast-tracked England's downfall as they went on to make only 101 all out in 16.4 overs in response to South Africa's massive 191/5.

With their win, South Africa continued their impressive start to the trip to the UK. Having kept the 2019 World Cup champions down to 1-1 in a rain-marred ODI series, they clinched the T20Is with a 2-1 scoreline.