The Indian batting great paid an indirect tribute to his legendary friend by replicating his trademark shot in the middle against the neighbours.
By Kashish Chadha Mon, 16 Jan 2023 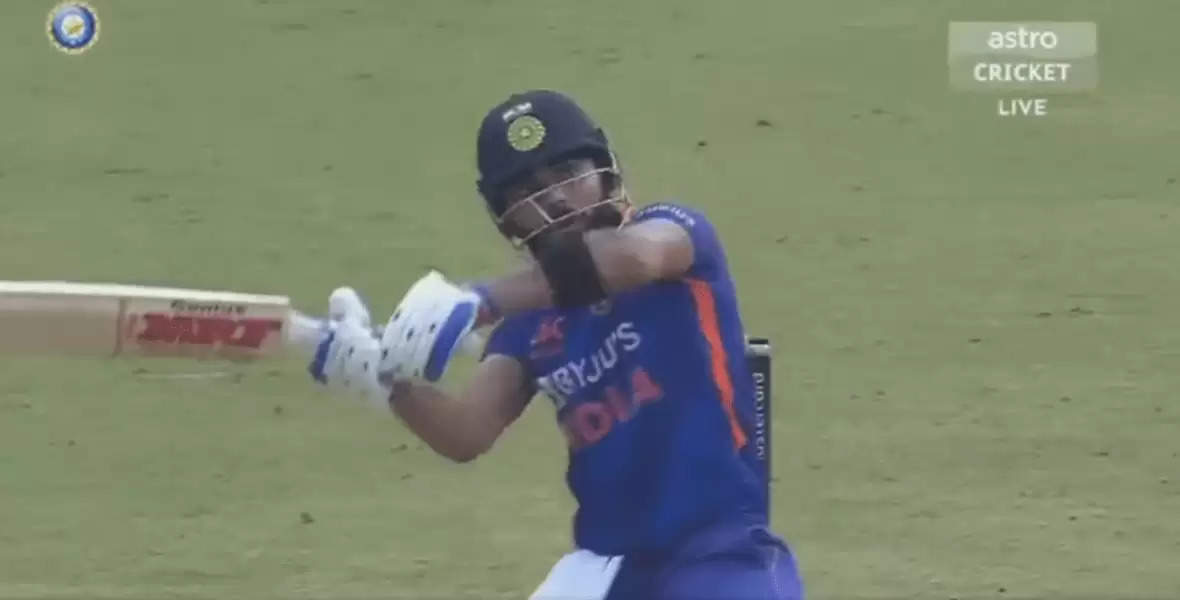 Virat Kohli returned to his elements to play one of his best knocks in recent times. The Indian batting great showed signs of returning to his very best and struck his second century of the three-match ODI series against Sri Lanka in Thiruvananthapuram on Sunday (January 15).

The modern-day legend was at his vintage best and finished with an astonishing 166 off just 110 deliveries to take India's total to an impregnable 390/5 in their allotted 50 overs.

His overall tally featured 13 fours and 8 sixes in an innings of great class and pedigree, where the king reinforced his reign on the opposition.

Kohli had scored hundreds in Chattogram and Guwahati, too, from his previous three one-day innings but this was something else, this was perhaps the most telling of the positive state of mind he is returning to with his game and slowly but surely reviving his best self in the middle.

Of all the great shots that Virat Kohli played in this innings, however, it's the one where he made an indirect tribute to his great friend and legendary former skipper MS Dhoni which stood out for those watching.

The shot was seen in its full glory during the latter stages of the Indian innings with Virat Kohli hitting the top gear in his knock, unleashing a great onslaught on the hapless Sri Lankan attack in the last 15 overs of the innings.

Facing seamer Kasun Rajitha's off-cutter, Kohli advanced at the ball and tilted his head slightly towards the ball, getting into angle from where he could go through with his downswing towards the wide long-on region.

But Kohli's downswing on this occasion perhaps mimicked that of Dhoni, whose trademark helicopter shot is famous amongst cricket lovers everywhere in the world.

Moments after executing the shot, the Indian No.3 went up to his partner at the other end Shreyas Iyer and told him it was the "Mahi shot" that he just played and got into laughter alongside the other of India's middle-order gems.